Life Thru a Lens 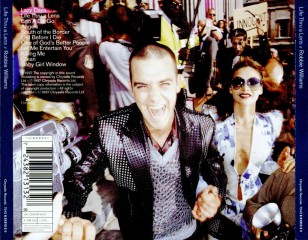 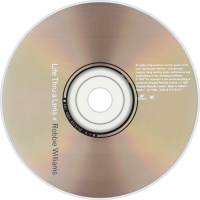 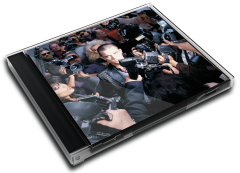 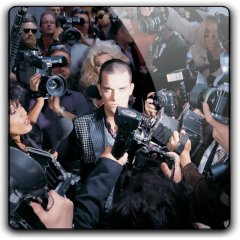 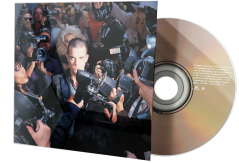 Life Thru a Lens is the debut studio album by English singer-songwriter Robbie Williams. It was Williams' first solo album following his departure from Take That.

After trying hard to find his own sound during a period of personal upheaval, recordings for the album began at London's Maison Rouge studios in March of that year, shortly after his introduction to Guy Chambers. Writing for Melody Maker in October 1997, Robin Bresnark gave Life Thru a Lens a very negative review; "There's nothing here... sure, Robbie Williams is as fascinating a hapless goon as we're ever likely to come across. But this album feels more like a press release than an album - and that's not what I call music." The title track, "Life Thru a Lens" was written about Tara Palmer-Tomkinson, "Ego A Go Go" was written about Gary Barlow, "South of the Border" discusses Kate Moss, and "Baby Girl Window" was inspired by Samantha Beckinsale and her late father actor Richard Beckinsale. "One of God's Better People" and "Angels" were inspired by Williams' mother Jan. "Hello Sir" is a poem that takes a dig at one of Williams' former teachers. Williams reprised part of the poem on the 1 Giant Leap song "My Culture".

The album was released in September 1997, not long after Williams's stint in rehab. The album was launched with his first live solo gig at the Elysee Monmatre theatre in Paris, France. At first, the album was slow to take off, debuting at #11 on the UK Albums Chart, and falling to #104 not long after release, having sold a little over 30,000 copies. The album first reached the number-one position after spending 28 weeks inside the charts, going on to spend a total of 218 weeks on the chart, becoming the 58th best selling album of all time with sales of 2.4 million copies. Despite the album's success in Williams' homeland, it failed to make a bigger impact in the international market. However, in Argentina, the album reached the top ten in early 1998. The album has sold more than 4 million copies worldwide. The album has been certified as 8x Platinum in the UK.

User Album Review
Robbie Williams had a 1995 to never forget, assuming he was ever in a state capable of recording the events that passed and, ultimately, defined the artist he soon became.
After drifting away from the other four members of all-conquering boyband Take That ”“ his ideas were apparently overlooked by creative spearhead Gary Barlow, and his drug consumption threatened to see him excluded from the group before a mutual decision was finally made and he left relatively amicably ”“ Williams wound up at Glastonbury, and was pap-snapped partying with members of the equally massive Oasis. Gossip columns flew into overdrive, and assumptions that a solo career beckoned were verified quickly enough when, the very next summer, Williams’ take on George Michael’s Freedom charted just a place shy of the top spot ”“ that’s 26 places higher than the 1990 original.
That track didn’t make it onto Williams’ debut album of 1997, a collection of co-writes with Guy Chambers that, while mostly unremarkable when assessed as standalone arrangements, comprise the solid foundations for all that followed: seven further solo albums (2009’s Reality Killed the Video Star marks his return after three years out of the spotlight), several number one singles, more BRIT awards than any other artist, and total sales worldwide of over 55 million.
No single from Life Thru a Lens topped the singles chart in the UK, but the album certainly trumped all comers in its category, buoyed by both the celebrity status of its (co) maker and the catchy nature of whistle-along tunes like Lazy Days, Old Before I Die and the here-I-am-world-stop-me-if-you-can excessiveness of Let Me Entertain You, a song that’s less about collaborative enjoyment of music between artist and audience, and more about Williams puffing out his chest and adopting a swagger that would see him through until the comparatively melancholic overtones of second album, I’ve Been Expecting You.
And, of course, there’s Angels. It’s hard to believe, given its prominence at weddings and funerals, on mainstream radio and in supermarket aisles, that it only charted at four. But that’s the surprising fact of the matter. Less surprising is that Life Thru a Lens was just the beginning of a career that would eventually eclipse, commercially, that of even his former employers.