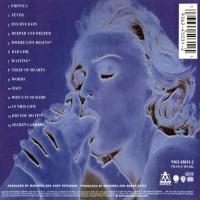 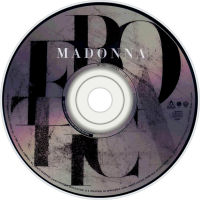 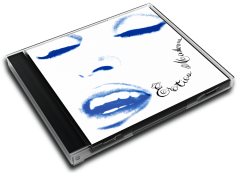 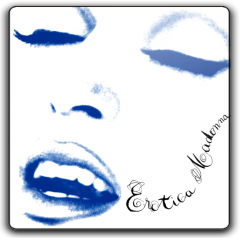 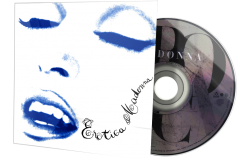 Erotica is the fifth studio album by American singer-songwriter Madonna, released on October 20, 1992 by Maverick Records, three years after her previous studio album. Madonna worked mostly with Shep Pettibone, as well as André Betts. Famously released simultaneously with Madonna's first book publication, Sex, the album is driven by its sexual themes. It is Madonna's first album to feature a Parental Advisory sticker.

The album incorporates influences from house music, new jack swing, and lounge music. Many of the songs see Madonna at her most provocative, drawing from themes of sex and romance, such as the lead single and title track "Erotica". Madonna was also inspired by the idea of homosexuality, particularly in the album's second single "Deeper and Deeper". Others take on a more confessional tone, influenced by the loss of two of Madonna's close friends to the AIDS epidemic. Visually, Madonna was inspired by the works of Andy Warhol and BDSM culture. Erotica was met with generally favorable reviews from critics. Rolling Stone described the album as "a post-AIDS album about romance."

Commercially, the album failed to live up to the success of its predecessors, possibly owing to the negative backlash surrounding the album's sexuality. Peaking at number two on the Billboard 200, the album was certified double-platinum by the Recording Industry Association of America. It peaked in the top five in most territories, topping the charts in Australia. Six singles were released from the album-"Erotica", "Deeper and Deeper", "Bad Girl", "Fever", "Rain" and "Bye Bye Baby". The album failed to produce any number one singles on the Billboard Hot 100. Worldwide the album has sold over 5 million copies.

The Erotica era has more recently been seen as one of Madonna's most important owing to the controversy surrounding it. She faced strong negative publicity from critics who commented that "she had gone too far" and that her career was over. The album, however, spawned the critically successful Girlie Show World Tour.