13) Who Will Survive in America 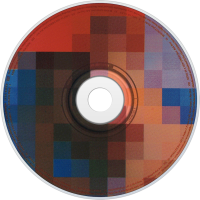 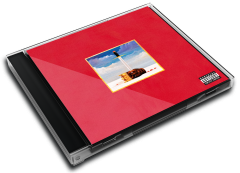 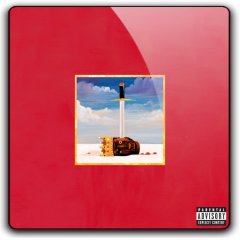 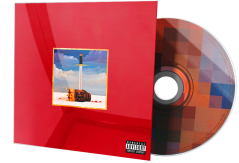 My Beautiful Dark Twisted Fantasy is the fifth studio album by American hip hop recording artist Kanye West, released November 22, 2010, on Roc-A-Fella Records. Recording sessions for the album took place primarily at Avex Recording Studio in Honolulu, Hawaii during 2009 to 2010. Production was handled by West and several other record producers, including Jeff Bhasker, RZA, No I.D., and Mike Dean, among others.
Following a hiatus from his music career, West worked on the album through a communal development that involved him and various other musicians and producers contributing collectively to its music. Noted by music writers for its varied elements, My Beautiful Dark Twisted Fantasy incorporates musical components from West's previous works, including soul, electro, and symphonies, and features themes regarding excess and celebrity.
The album debuted at number one on the US Billboard 200 chart, selling 496,000 copies in its first week in the United States. It achieved respectable international charting, including top-10 chart positions in several other countries. It produced four singles that attained chart success, including US Billboard hits "Power", "Monster", "Runaway", and "All of the Lights". The latter single charted successfully worldwide and received recording certifications in three countries.
Upon its release, My Beautiful Dark Twisted Fantasy received general acclaim from music critics, earning praise for its varied musical style, opulent production quality, and West's dichotomous themes. It was also named the best album of 2010 in numerous critics' polls and year-end lists. The album has been certified platinum by the Recording Industry Association of America and, as of February 2012, has sold 1,254,000 copies in the United States.

Album Review
In this day and age most artists are other artists: their lyrics someone else's clichÃ©s, their careers an imitation, their passions a mere reference. Not Kanye West ”“ well, at least not now. For in a genre whose death is declared on a regular basis, West has become three things: interesting, innovative and utterly, utterly mad.
Of course, some of this supposed insanity is nothing but self-mocking egomania. However, it's a darker form of self-deprecating madness which drives the majority of My Beautiful Dark Twisted Fantasy ”“ the kind the only comes from losing love, experiencing death and being branded as the "abomination of Obama's nation" as he insists on the brilliantly pompous Power, right before contemplating suicide. One thing's for sure, dark days have been had.
Yet it appears one benefit of tearing your mind apart is being able to put it back together better than before, for this album really is something special ”“ something that scales heights of ambition barely touched not only by his previous work, but by 2010 in general. Don't let the reported $3 million price tag and plethora of A-list guest spots fool you, this is no vacuous shell, for its depth, detail, ideas and sheer scope of vision is staggering ”“ all the while remaining lyrically honest, earnest, conflicting and ”“ at times ”“ fairly ridiculous.
Highlights are copious. Runaway sees Yeezy toasting to the "douchebags" - including himself ”“ over a nine-minute trip-hop voyage through self-disparagement, All of the Lights recruits half of the musical world in a war between brass and drum'n'bass while Nicki Minaj's verse on Monster is liable to torment the mind and shatter the bowels.
Yet it's the closing tracks that seal the deal, as the beautiful Blame Game ”“ aided by a sublimely smooth John Legend ”“ sees Kanye’s alpha-male bravado in full force before succumbing to the realities of heartbreak that would have any man breaking down in pleas of "I can’t love you this much, I can’t love you this much". This is until, sadly, Chris Rock ruins it with an ill-placed skit. It's on the heartrending conclusion of Lost in the World that West cements his vision and paints a sonic world to call his own. With an Auto-Tuned Justin Vernon of Bon Iver and a closing sample from Gil Scott-Heron's Comment #1, it is to be heard to be believed.
In fact, this record’s only flaw is that its scale is so awe-inspiring it tends to paper over any weaker cracks. And it's these songs that fail to go anywhere (So Appalled and Gorgeous, for instance) and a few clunky rhymes which could very well create an Emperor's New Clothes scenario as the grandiose gloss decays over time. Yet even if it does, and he really is walking around as exposed as the rude pictures he so fondly likes to email, you still have to admire the guy's balls.