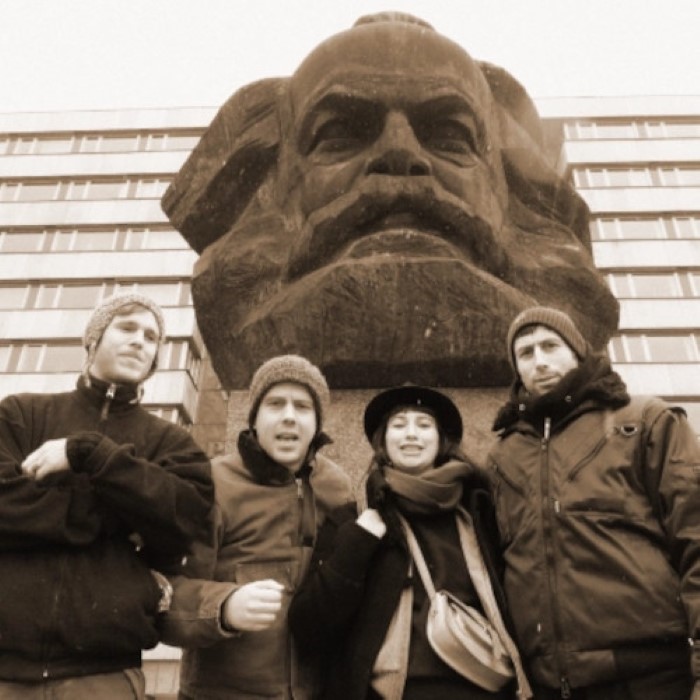 THEE IRMA & LOUISE hail from Berne, Switzerland, whose mountainous isolation has bred it’s very own sort of garage rock cave people. The band started out in 2002 and has since brought their surf-inspired D.I.Y. garasz punk racket to the dampest, most dimly lit basement rooms of Europe. They have self-released a whole bunch of LPs and 7“s along the way. November 2019 saw the release of their new album „KILL LIST“, released on magnetic tape and containing ten short stabs of knife-through-eyeball srrrf punk which have the B-52’s joyriding with Black Flag’s van with an Iron Maiden tape stuck in the cassette player, or the other way round.

„Swiss surf with monster moves At times they band will yell along in celebration with the fast-placed, dirty surf-flecked garage rawk The vocals in a way, champion the “Thee” nature of their band, from Headcoats to Oh Sees…this is where they look, if don’t fully leap towards punk rock Overall a romp and roll set, that will hit the salty sweet spots of beached DJ’s and bleached blond sandmen and women. (KFJC, Los Altos Hills CA)

„THEE IRMA & LOUISE probably would have been big in the ’80s.“ MAXIMUM R’N’R 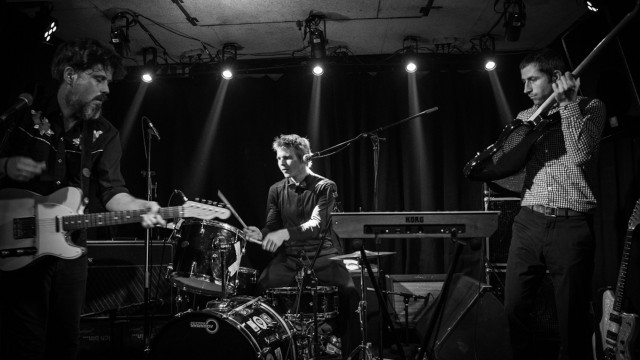