Madness of the Night 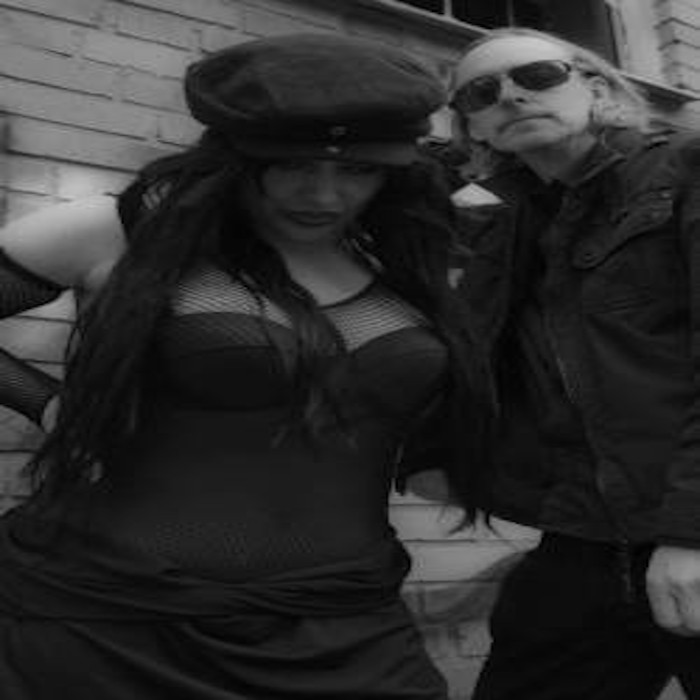 At first glance Madness Of The Night may appear as just another Gothrock Duo. Here Guitarist Daniel Dante as the creative head, there singer Abir Blackshadow – so far, so normal! But on closer inspection one can see two culturally different people who nonetheless - or just because of that – complement each other perfectly.

Daniel from Sweden, deeply rooted in 80s Metal met Abir from Beirut, Lebanon, through the Internet. Their shared love for Gothic and Darkwave Bands such as Sisters Of Mercy, Dead Can Dance or The Cult eventually led to forming Madness Of The Night in 2011."The Asgarda", their debut album, goes way beyond being the satisfying musical offspring of their collaboration. It is also the intimate soundtrack of singer Abir holding on in times of hostilities and oppression. The attempt of leading the self-confident life of a woman within the confined space of an arabian metropolis. A city that on the outside seems modern und open-minded but underneath its surface still shows a constrictive and repressive face, especially towards women."The Asgarada" represents and reveals all these pent-up emotions and suppressed aggressions in a very intense way. This musical expression of pain, helplessness and the rage evoked by intolerance and acts of violence grabs the listener instantly - simply because of it's authentic nature. Nowadays Abir and Daniel are married with two children and live in Sweden, far away from big city madness.

Andy Horn (Mortal Love, Darkseed, Edenbridge) created the album's tight and oomphy sound. It's easy to tell with each note and every beat how much he enjoyed the entire mixing process, harking back to the diverse stylistic devices of the hey-days of Gothrock - the 80s.