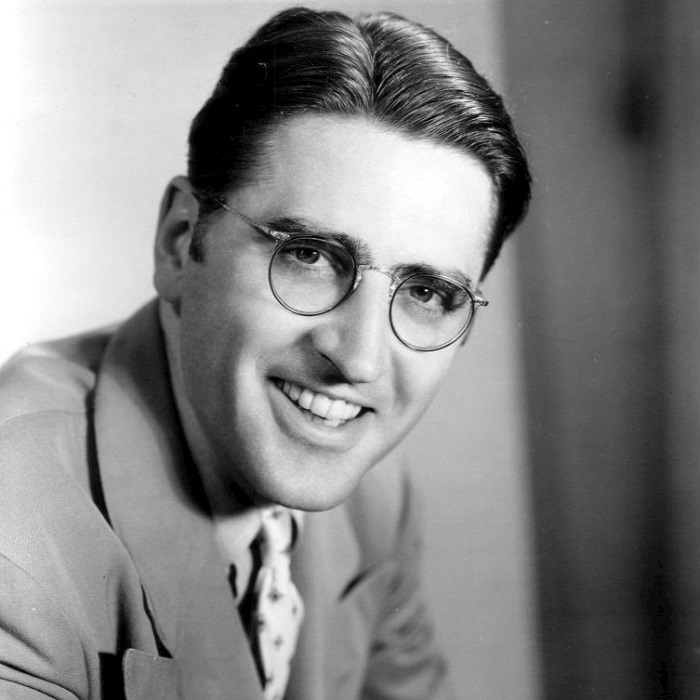 Meredith Willson was an American composer, conductor, flutist, pianist, librettist, lyricist and writer, whose full name was Robert Meredith Willson. He was born on May 18, 1902 in Mason City, Iowa, and died on June 15, 1984 in Santa Monica, California.

In 1916, at the age of fourteen, Meredith Willson entered the Damrosch Institute of Musical Art in New York, where he studied piano, flute with Georges Barrère, composition with Mortimer Wilson and conducting with Henry Hadley. From 1921 to 1923, he toured the United States, Canada, Cuba and Mexico with John Philip Sousa's wind band, where he played the flute (including piccolo). From 1924 to 1929, he was a flutist with the New York Philharmonic Orchestra, conducted by Arturo Toscanini and others. In the 1930s he began working for radio, as music director and head of various radio programmes at NBC (West Coast Services) and KFRC (San Francisco). At the same time, he regularly conducted the Seattle Orchestra, the San Francisco Symphony and the Los Angeles Philharmonic. During the Second World War he was music director of the US Army Radio Service. He then returned to NBC, where he helped create new radio shows and programs.

As a composer, he wrote some film scores (including his contribution to Charlie Chaplin's The Great Dictator in 1940), many popular songs, and orchestral works (light music, two symphonies, a symphonic poem, among others). But he is best known for his musicals. The first, The Music Man, created on Broadway in 1957, was a triumph, thanks to songs that entered the repertoire immediately, such as Seventy-Six Trombones or Till There Was You (the latter was covered in 1963 by The Beatles in their second album, With the Beatles). The Music Man won a Tony Award for 'Best Musical' in 1958 and a Grammy Award for its recording, and was soon adapted to film, as was Willson's second musical, The Unsinkable Molly Brown, also a success.

He also composed the song Are You Sure, which was performed by Aretha Franklin, among others.

For his radio activities, he has a star dedicated to him on the Hollywood Boulevard Walk of Fame.