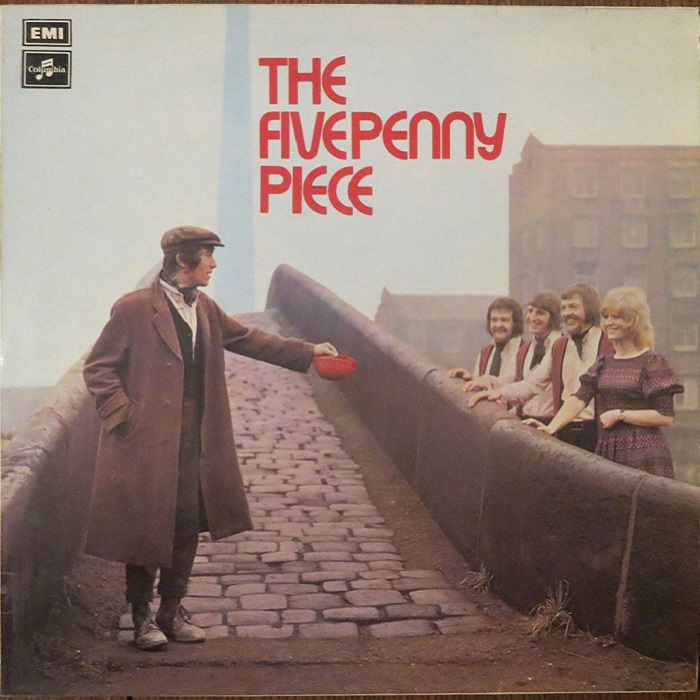 The Fivepenny Piece were a five-piece band, originally formed in 1967 in the area of East Lancashire around Ashton-under-Lyne and nearby Stalybridge in Tameside. The band met and performed on Wednesday nights at Ashton's Broadoak Hotel, which gave them their original name The Wednesday Folk in 1967.
The original personnel were...
John Meeks (guitar, vocals);
John's sister Lynda Jane Meeks(vocals);
brothers George Radcliffe (bass, vocals) and Colin Radcliffe (guitar, vocals);
Eddie Crotty (guitar, vocals).

John Meeks and Colin Radcliffe wrote most of their best-known songs, although Crotty also penned several. The unofficial sixth member of the band was the drummer Phil 'Knocker' Barlow, who accompanied them in many of their concerts and on their albums.