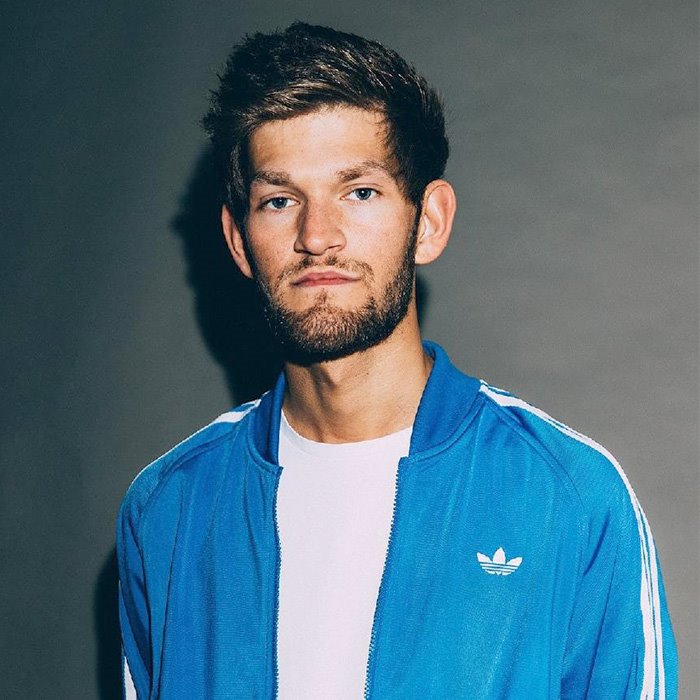 Nathan Dawe (born 25 May 1994) is an English DJ and producer. He is best known for his 2020 single "Lighter" featuring KSI, which reached number 3 on the UK Singles Chart.
Nathan Dawe was born in Burton upon Trent, England on 25 May 1994 and attended Blessed Robert Sutton Catholic Sports College. He is a lifelong supporter of Aston Villa F.C. He began DJing when he was nine years old, he describes himself as more of a 'selector' with an innate ability to read a crowd. He said, "I live in a small town and it was hard to branch out from it. I've played every birthday party, wedding, school disco, pub and club you can imagine." He built a loyal following by releasing mixes on Soundcloud. Rather than the usual genre-specific mixes being put out, he released mashup multi-genre mixes covering everything from house music to hip-hop, reggae, bassline and pop. Nathan was the first DJ without a radio show or hit single to sell out his own concert at the O2. He said, "It took me to the point where I was headlining massive festivals and performing sell out shows in huge clubs. I knew that wouldn't last forever, particularly with the rise of things like Spotify, so I set up a four-year plan and delved deeper into the production side of the industry." He began remixing other producers in his early twenties. His debut single, "Cheatin'", based on an uncredited sample of Deborah Cox's "It's Over Now", was released in August 2018 and peaked at number 94 on the UK Singles Chart. In May 2019, he released the single "Repeat After Me", featuring vocals from Melissa Steel. He released the single "Flowers" in October 2019, featuring vocals from garage legend Malika and credited vocals from rapper Jaykae. Nathan's 'Flowers' peaked at number 12 on the UK Singles Chart. On 24 July 2020, his song "Lighter", which he made in collaboration with British YouTuber KSI and singer Ella Henderson, was released. After the chart success in the UK, he was signed to Warner/Chappell Music.