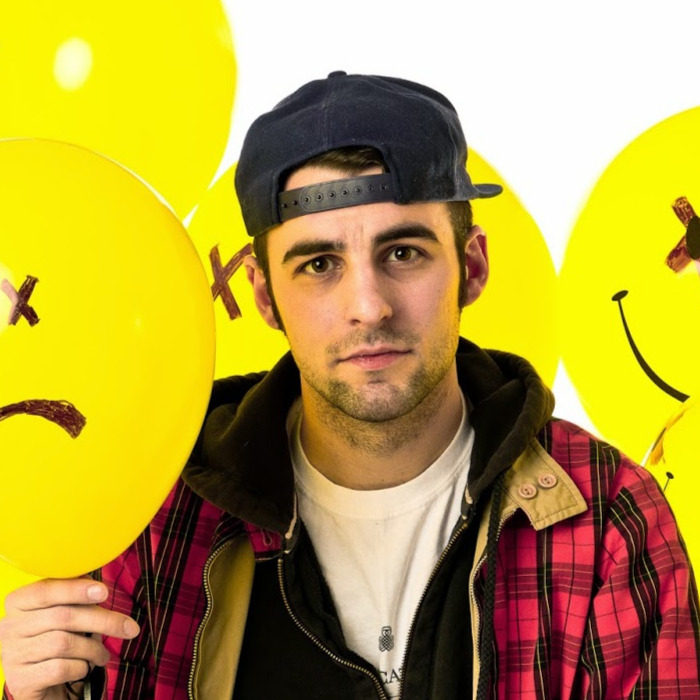 In 2007, Spose self-released his first album, Preposterously Dank.[7] Spose released the We Smoked It All mixtape with rapper Cam Groves in 2009.[11] In January 2010, his single, "I'm Awesome" (from his We Smoked it All mixtape),[12] received airplay on Maine radio stations.[6] In February 2010, after the song caught on in other parts of the United States, Spose signed a record deal with Universal Republic Records and announced that he would begin working on a music video.[6] In March 2010, the video was filmed in Wells at the town-owned activity center where Spose had his first concert at the age of 14.[13] The video was released on April 14, 2010.[14] "I'm Awesome" peaked at #37 on the Billboard Hot 100.[15] "I’m Awesome" brought about his comedy hip hop style.[16]

On October 25, 2010, Spose announced through a series of Facebook posts (which were linked to Twitter) that he felt that We Smoked It All Vol. 2 had too many original songs to be considered a mixtape. Partially because of this, he decided to create a "project" titled Happy Medium with many original songs that were originally supposed to be on We Smoked It All Vol. 2, in addition to other material. He also said that new songs from Happy Medium would be released at 4:20 PM Eastern Time every Wednesday up until the release of "Happy Medium."[17]

On December 17, 2010, Spose released the entirety of Happy Medium for streaming on his Facebook page. The physical album was released in Bull Moose music stores in late December 2010, and has been released on iTunes in January 2011.[18] On January 31, 2011, he announced that he would release The Peter Sparker Mixtape later that year, before The Audacity! or We Smoked It All Vol. 2. However, on March 14, he posted that We Smoked It All Vol.2 would be released on April 20, 2011, before either The Peter Sparker Mixtape or The Audacity!.

We Smoked It All Vol. 2 was released on April 20, 2011 at midnight. Spose has also been featured in "Red Cup (I Fly Solo)" by Cash Cash and "Better Side of Me" by Sparks the Rescue.[citation needed] Spose announced in an interview with 92.3 Now that he had left Universal Republic Records. He began The Audacity! from scratch. In January 2012, "I'm Awesome" became the theme to the comedy series Mr. D.

The Peter Sparker Mixtape was released as a free download On June 10, 2013. A Deluxe physical copy can be found at bullmoose.com. Dankonia, a mixtape entirely over Outkast instrumentals (with other connections to Outkast, such as the album title, named after Stankonia, which also shares the same release date as Dankonia) was released for free on October 31, 2013. A physical copy was released in limited numbers on bullmoose.com on November 5, and the Almost Complete Lyrics Book was released on November 29, also on the BullMoose website.

Spose released his fourth studio album Why Am I So Happy in 2015.

Spose announced his fifth album "Good Luck With Your Life" via twitter on Mar 30, 2017 to be released May 5th of the same year. Then on Apr 4, 2017 he released his entire album locked in a mobile game named "The King Of Maine" with an extra song entitled "I Wanna Keep It"

On October 13, 2017, Spose release his sixth studio album, Humans. It was written, recorded, and mixed within 24 hours and features everyone on PDANK Records and a few other guests.