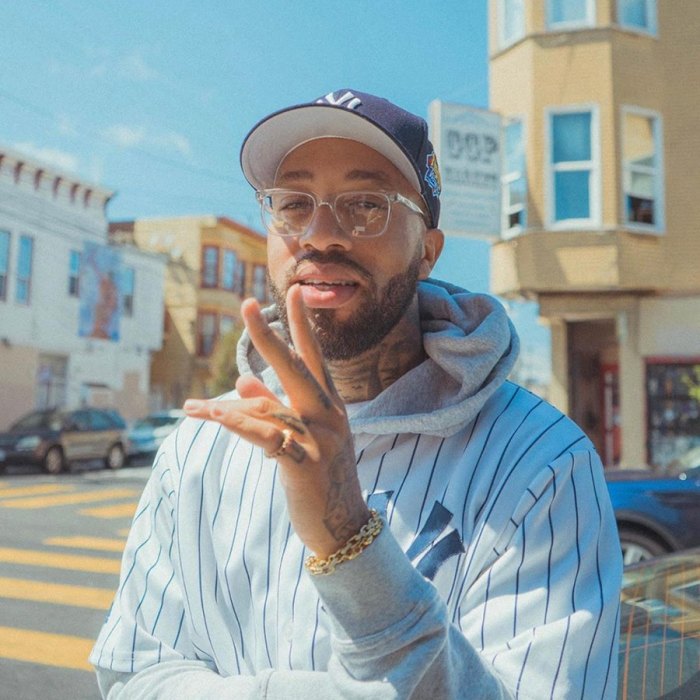 Larry Eugene Hendricks (born April 8, 1991) is an American rapper from San Francisco, California, United States. He is known for his EPs Larry and Orange Season and has toured with musicians such as Cousin Stizz, Berner, Curren$y, and Post Malone.

Early life
Larry June is originally from San Francisco's Hunters Point neighborhood. At age 4 he moved to Atlanta, Georgia, where he stayed until the age of 16. After middle school Larry returned to the Bay Area and attended high school at Jesse Bethel High School in Vallejo, California.

Career
June released numerous tracks in 2016, including the full-length mixtape Sock It To Me. He also released the EPs Larry and Orange Season, both of which were produced by Cookin' Soul. The release of Orange Season was accompanied by an iOS game of the same name, inspired by Nintendo's early era 8-bit graphics. He also toured with Cousin Stizz and Post Malone in 2016 and was featured on Stizz's song Down Like That as well as Malone's single Never Understand. Additional collaborations in 2016 include rapping with Asher Roth and Michael Christmas on the track Laundry.

Outside his career as a musician, June plans on releasing his own brand of Oranges based on a suggestion from a friend whose family owns a farm.