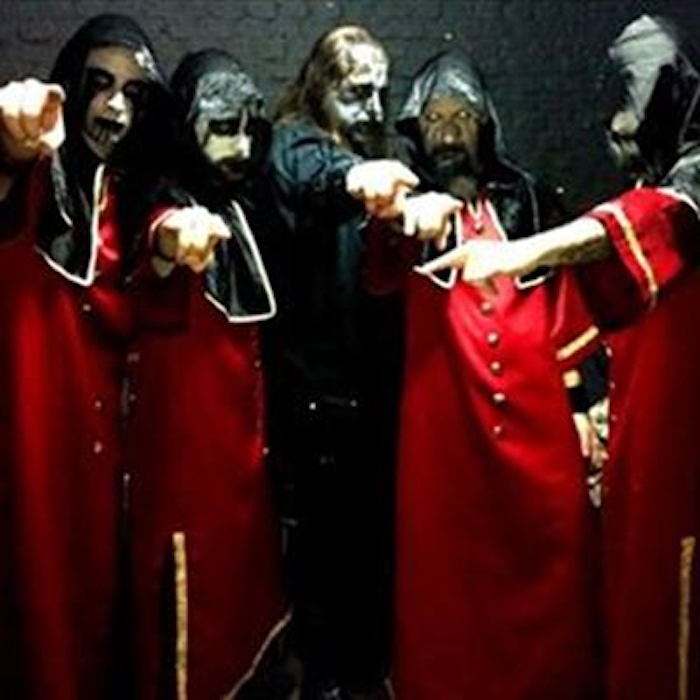 It's 1986 when Mortuary Drape are founded by the aim of the central core of three people, one of which is still in the group (Wildness Perversion). Musical and inspirational trends that inspired the founders are 'black metal' with an esoteric-necromantic current both for the lyrics and for the stage design impact: they decided to baptize their style as 'black-occult metal'.

In 1987 they publish 'Necromancy', the first demo tape that gets a great response in the most intransigent underground scene, a demo that as time goes by became an authentic cult for the lovers of this genre.

During the period from 1988 to the first half of 1991 the line-up stabilized in three elements and there is the publishing of the second demo called 'Doom return'.

In 1991 they have the first contacts with labels (also foreigners) for a possible record deal; in fact after a few time the group makes its debut with the first CD called 'Into the drape' published by the Greek record company Decapitated rec. immediately followed by the presence on the compilation 'Wine of Satan' for the Spellbound (another Greek label) as the only Italian group on the LP.
Moreover we must remember that in this period there's a sudden change in the band where the founder Wildness Perversion is the only one who remains with the double role of voice-drums. In 1994 there is the second record called 'All the witches dance' for the Unisound rec. In 1995 a new compilation collects the whole groups of the Unisound and in the same year there's the reprinting of the compilation 'Wine of Satan' on CD by the German Soundphaze under Spellbound license.

On June 1996 'Mourn path' mini CD marks a new goal for the band that after this success plays in many metal festivals and in other important vents in foreign countries and in Italy: It's in this period that there's an European 15 dates tour that promotes the repertory of the band.

On October 1996, exactly ten years after the Mortuary Drape foundation, with the publishing of the new album 'Secret Sudaria' (eleven pieces) the band makes a partial line-up change with the return of all the founders.

The following years, from 1997 and so on, are very troubled because of all the line-up changes with many musicians involved in the band with the two founders Wildness Perversion and Without Name.

Finally in 1999 the band is stabilised and thus the members have the possibility to create the draft of new pieces that become the soul of the new album called 'Tolling 13 knell' for he label Avantgarde music.

The album, containing 10 brand new songs was released at the end of 2000 and followed a few months later by the double LP version with 4 bonus tracks published by Iron Pegasus under Avantgarde license.

After the release of the album and a few live shows in support of it (as for example the festival Darkness upon Italy with Carpathian Forest and the Italian date of No mercy tour 2001) begins a new strong line-up revolution inside the band: in fact all the members except Wildness Perversion and Left-Hand Preacher (now playing guitar) quitted the band during 2001.

Fortunately after a short period a new line-up is ready: Wildness Perversion- lead vocals; Left-Hand Preacher- guiars, vocals; and the three new members: Seeker of the Unknown- guitars, vocals; Arcane of Veiled Light- bass guitar, vocals; War Machine Helgast- drums, vocals. In June 2003 Left-Hand Preacher lefts the Band for personal reasons ( Our Thanks to Him for his collaboration ) and he is replaced in August 2003 from the guitarist Cruel Abbot.

During the last 6 months of 2003 the band presents the new axeman in three shows (in one show they substitute the only Italian gig of Shining) and continue working hard to complete and re-arrange the songs for the new forthcoming (at the end of 2004) album.

At the end of 2003 the label named WILD PROD. reprint the two cult demotapes �Necromancy 1987� and �Doom Return 1989� on cd support, packing them in an original box with renewed graphics.

In June 2004 the Drape starti the recording sessions in Alpha Omega Studios (Blevio � Como � Italy) with the collaboration of Alex Azzali (Ancient, Cataract�) of the new album called Buried in Time . These sessions end in september 2004. The band is really satisfied of the great work done for the realization of this Opus by Cruel Abbot too. November 20th 2004: Buried in Time ( Avantgarde Music prod. ) is out; the new CD includes 11 songs in pure Mortuary Drape style. In the meantime the band is get ready to introduce the new CD promoting new live shows in Italy and abroad, gathering good assessment from the large people present; magazines and web zines reviews are excellent, achieving top level both in Europe and United States. Late January, 2005: the vinyl version of Buried in Time is out by Wild Production; printed with a complete new layout in 666 copies, the first 166 only in red vinyl with double cardboard cover. Summer 2006: line-up changes; the drummer Helgast leave the band and new auditions are immediately announced to replacement.

During 2007 the band plays in a few European festivals included the Anti-Christ Crusade tour, 13 days on the road across the Europe; during the show Matt and Simone are the session musicians on drums and rhythm guitar respectively. The 2008 watch the band involved in other shows in Europe and in the Crucifixion Tour in Finland; on this occasion the band is supported by the old drummer I.O.R.R. with the addiction of the new guitar player Abysmal Wizard. From June 2009 only Wildness Perversion is part of the band. In the meantime the work on the new cd is going on; at the moment 11 tracks are composed: stay tuned to know the last news concerning new members that will be involved in the creation of the new cd with Wildness Perversion! 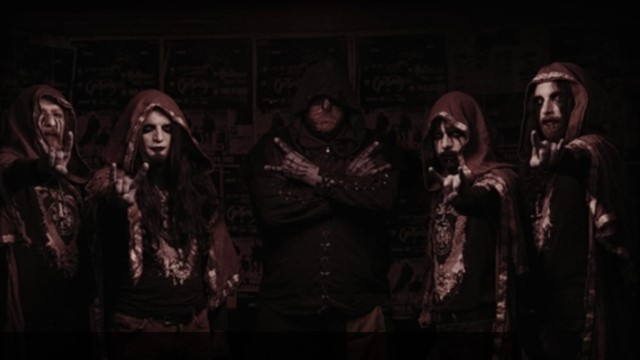 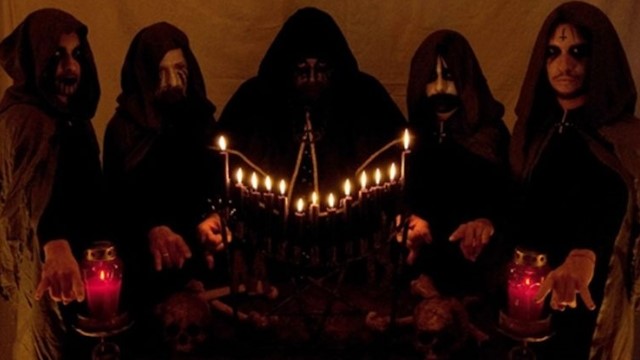