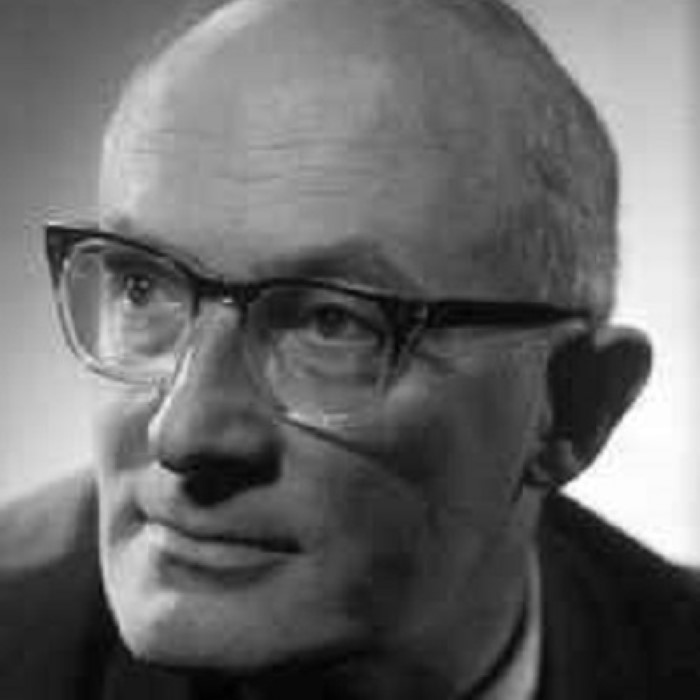 Eduard Müller (born October 12, 1912 in Sissach , † May 16, 1983 in Bottmingen ) was a Swiss organist and harpsichord player .
Eduard Müller studied with Adolf Hamm in Basel and with Günther Ramin in Leipzig. In 1934 he became organist and choir director at the Pauluskirche in Basel . From 1970 to 1982 he worked at the Basel Münster . Since 1939 he has been teaching at the Schola Cantorum Basiliensis (harpsichord) and since 1945 at the Basel Conservatory (organ and general bass). In 1970 he was appointed organist at the Basel Münster. In 1978 he received an honorary doctorate from the theological faculty of the University of Basel. His many students included Gustav Leonhardt and Erwin Reuben Jacobi . As a processor of continuo parts, he worked on the New Bach Editionwith .
His appointment to the Schola Cantorum made him, alongside August Wenzinger , the pioneer of historical performance practice. The focus of his work was just as much on the liturgical-musical design of the service, especially in dealing with the work of Johann Sebastian Bach and the research on organ literature from the 19th century, as well as the works of Olivier Messiaen