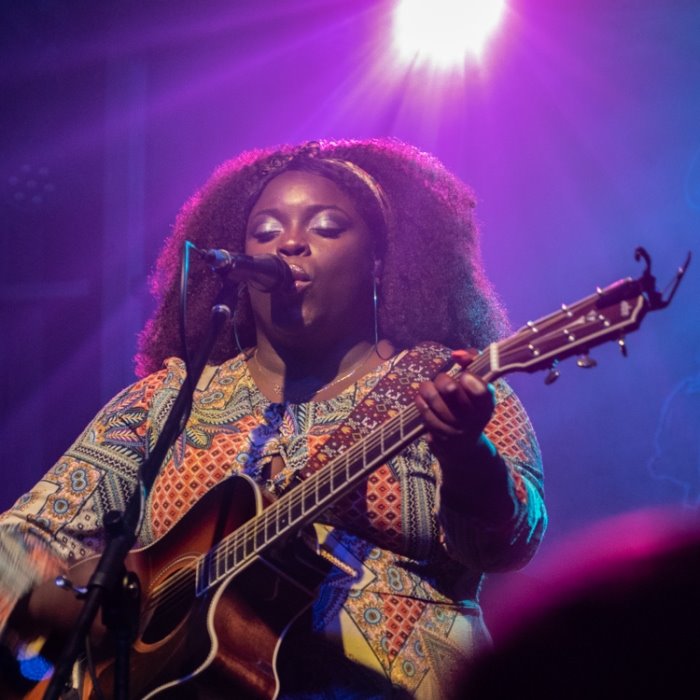 Early and personal life
Yola was born in Bristol, England. Her family tried to discourage her from music at a young age, due to their poor background.

Career
Yola's first gigs were primarily in the jazz and rock music genres. The counterpoints of these genres would go on to formulate her vocal style that is both hard and soft, smooth and raspy. It would prove to be difficult to find where she could fit in with this range of sound in her voice.

Yola spent time in her early career as a front woman for hire and feature vocalist, for DJ/producers such as Bugz in the Attic, Duke Dumont, Massive Attack and Sub Focus. Amongst other projects, she also worked at the production company Replay Heaven as a vocalist, writer and arranger in London.

Upon moving back to her home town of Bristol, England, she started spending time making music with some local musicians that formed a band called Phantom Limb. This project ran concurrently with her time in Bugz In The Attic, Massive Attack and numerous other acts. The band disbanded in December 2012, completing two studio albums across 8 years.

Following this was a hiatus from performing after her mother died on 30 September 2013. This hiatus gave rise to Yola's solo career, as she emerged playing a guitar, and with songs that spoke to her life and sense of isolation as a black woman in music in the UK. During this hiatus, she also co-wrote a top 10 song with DJ/producer Sub Focus, and delivered the lead vocal on International top 5 hit "Won't Look Back".

Yola released her first solo EP, Orphan Offering, in 2016. In February 2019, she released her debut album Walk Through Fire on Dan Auerbach's Easy Eye Sound label, to much acclaim. The album title references a fire which damaged Yola's home and she escaped. AllMusic called the album "an extraordinary record, one designed to be part of a grand musical tradition, and it contains enough emotion and imagination to earn its place within that lineage." Brittney McKenna of NPR Music's First Listen declared, "It's the work of an artist sure to stun audiences for years to come." The Wall Street Journal stated, "The album is an introduction to a seasoned, major vocalist that stands to be remembered as a breakthrough."

Walk Through Fire was written, recorded and produced at Dan Auerbach's Easy Eye Studio in Nashville. Auerbach produced the record and assembled an all-star cast for its creation. Most of the songwriting was a collaboration of Yola and Auerbach with contributions from Bobby Wood, Pat McLaughlin and Dan Penn. The team of studio musicians included bassist Dave Roe, harmonica player Charlie McCoy along with former members of the Memphis Boys drummer Gene Crisman and Wood on piano. Additional vocals were contributed by Vince Gill, Molly Tuttle, Ronnie McCoury and Stuart Duncan. The album was recorded and engineered by M. Allen Parker. Auerbach and Parker also mixed the project. In March 2019, Yola made her American television debut on CBS This Morning's Saturday Sessions segment, where she played selections from Walk Through Fire. She, alongside Sheryl Crow, contributed to two tracks on the debut album by The Highwomen.

Yola made a splash at the Newport Folk Festival 2019 with Rolling Stone proclaiming, "Yola became the single most sought-after voice at this year's festival. She played a triumphant side-stage show, served as an unofficial member of The Highwomen, and added her own vocals to performances by everyone from Dolly Parton to Dawes, who let the fast-rising singer take over for the entirety of their 2009 song “When You Call My Name.” According to Glide Magazine, "People came from far and wide to hear Yola sing, either because they were enchanted by her excellent release from earlier this year Walk Through Fire, or because word of mouth had reached them that this was not to be missed."

On 21 February 2020, Variety announced that she has been cast to play the role of singer Sister Rosetta Tharpe — dubbed the Godmother of rock and roll — in Australian director Baz Luhrmann’s still untitled drama on the life of Elvis Presley. 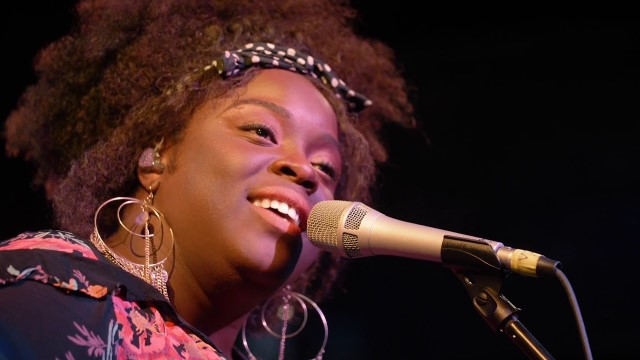