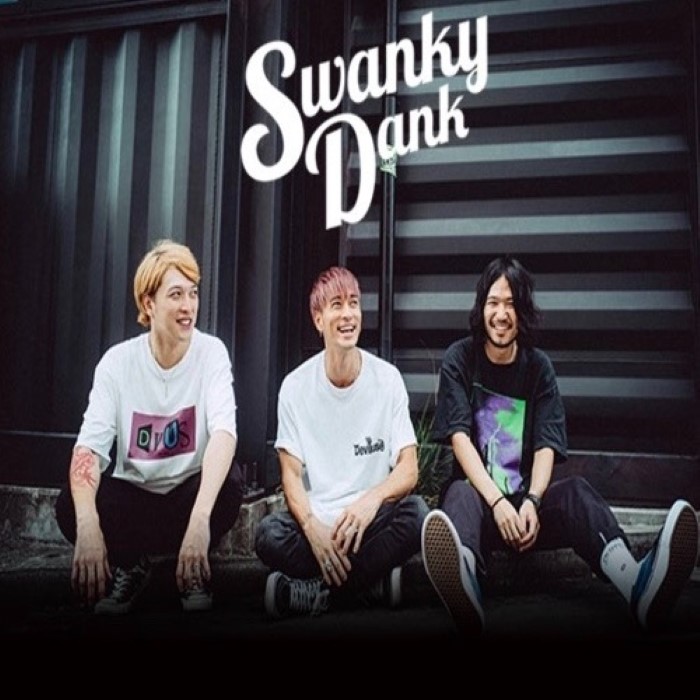 SWANKY DANK are a 4 piece emo-pop punk band from Tokyo, Japan.
BIO: SWANKY DANK was formed in 2007 by two brothers, KOJI (Vo & Bs) & YUICHI (Vo & Gt). Within their first 2 years they played over 100 shows. They released their first album "SWANKY DANK" March 18th of 2009. July of that year their single "FOR YOU" was used as background music in the film "MW (ムウ)". After that, while making a name for themselves with their energetic showing at events, they added their first official drummer, SHUN in August of 2012. In 2012 they also released their 1st EP, "THE LOVE WAS GONE", and in 2013 a single, "LISTEN TO THE RADIO". That year, in november they participated in the split album "BONEDS" with other bands: MY FIRST STORY, AIR SWELL, and BLUE ENCOUNT. In February of 2014 second guitarist KO-TA became an official member. SWANKY DANK got a new, fresh start!