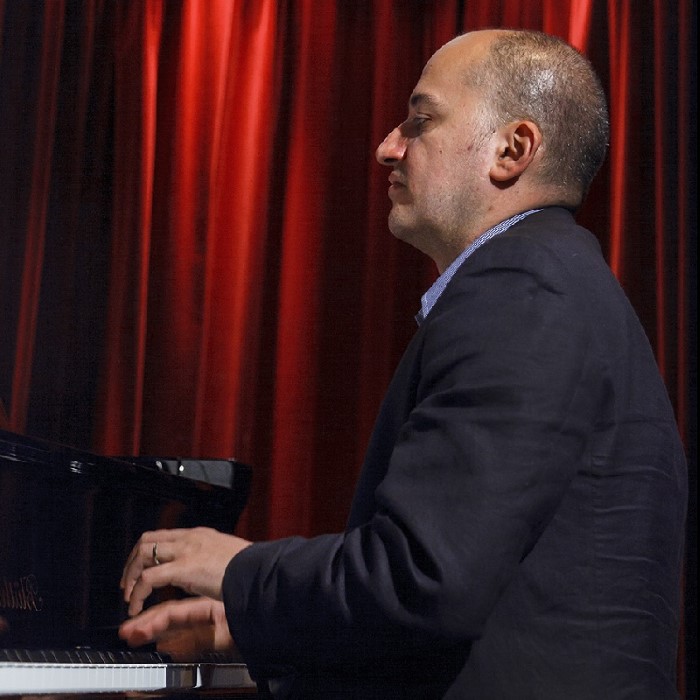 Kálmán Oláh (born March 7, 1970 in Budapest ) is a Hungarian jazz pianist and composer who became internationally known especially in the field of crossover .
Oláh which a famous Hungarian family of musicians of Roma comes, studied classical piano lessons at age seven; at the age of 17 he began to compose. He studied jazz piano at the Béla Bartók Conservatory of his native city and the Franz Liszt Academy of Music ; During this time he played with both Tony Lakatos and in the band of guitarist Attila László.
In 1990 he founded the trio Midnight with János Egri and Elemér Balázs , with whom he performed at the Festival Umbria Jazz , the Getxo Jazz Festival or the Ciney Jazz Nights in Belgium. Since 1994, he also led a sextet, with whom he was celebrated in 1995 at Jazz in Marciac . He also appeared as a soloist and with musicians such as Imre Kőszegi , Lee Konitz , Randy Brecker , Herbert Joos , John Patitucci , Stefano Di Battista , Philip Catherine , Andre Ceccarelli , Paolo Fresu, Kenny Wheeler , Peter Lehel , Jo Mikovich or Tibor Elekes on. Together with the Stuttgart double bass player Mini Schulz he created the album Sketches from Cello Suites (2001), an award-winning adaptation of Bach's cello suites . In his compositions, Oláh interweaves jazz with folklore and classical music; for his album Contrasts & Parallels he brought the singer Irén Lovász . In 2001, his Concerto for Jazz Orchestra was premiered with the Budapest Jazz Orchestra. 2004 was his Concerto for Symphony Orchestra and Jazz Band with the participation of the symphony orchestra Miskolc.
Since the year 2000 Oláh teaches piano and composition at the Franz Liszt Academy of Music in Budapest; He also led workshops at the Jazz Institute Berlin . 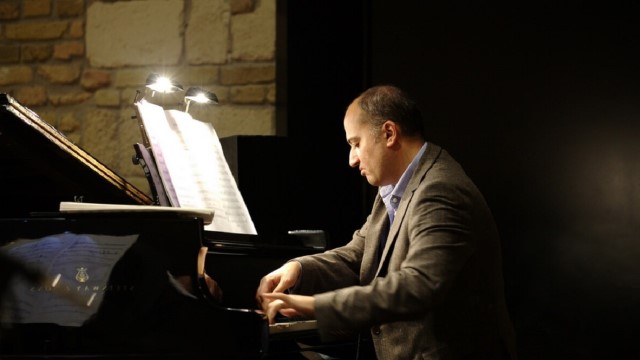