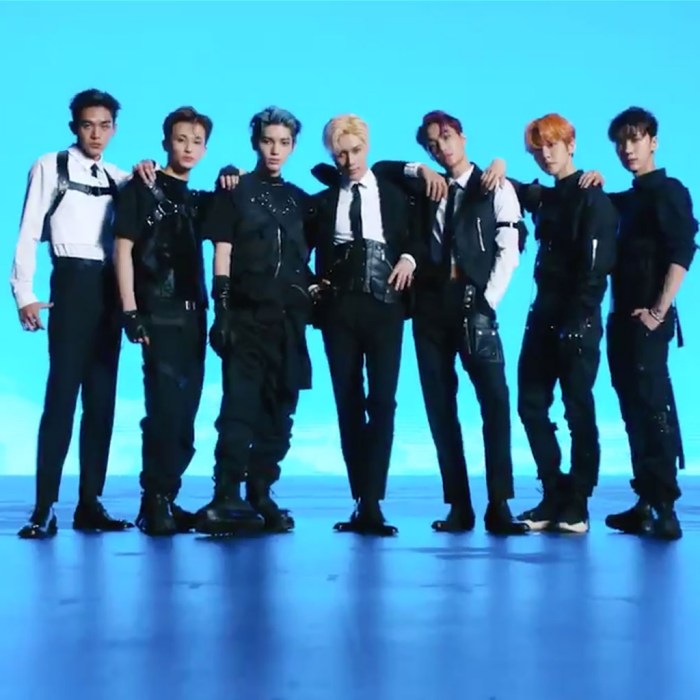 SuperM (Hangul: 슈퍼엠) is a Korean pop supergroup formed in 2019 by SM Entertainment and Capitol Music Group. The group is set to include seven members from three SM boy groups: Taemin from Shinee, Baekhyun and Kai from Exo, Taeyong, Ten, Lucas and Mark from NCT.

In 2019, before the official announcement of SuperM's debut, there had been rumors that SM Entertainment was planning to debut a "K-pop Super Boy Band". On August 7, 2019, Capitol Music Group chairman Steve Barnett asked Lee Soo-man to produce the group. Barnett and SM founder Lee Soo-man officially announced the group as SuperM at Capitol Congress 2019. The "M" in SuperM stands for both Matrix and Master, with each member already an established star in their own bands. The teaser revealed the members of the group, with each having performance, vocal, and rap abilities. Lee described the group as "the Avengers of K-pop," with the group focusing more on performance-based music. SM A&R executive and director Chris Lee stated that the group was in the works for around a year, and felt the analogy to the Avengers was apt because according to him, "Each Avenger has their own group and Iron Man has his own movie and Thor has his own, but together, they have an even greater synergy, so like that the members will pursue their own careers and own groups but also join together with synergy - a positive one."

Audiences and followers had differing opinions on the project at first, with some fans enthusiastic for the band's debut following the release of the first teaser at Capitol Congress 2019, while others were concerned about SM Entertainment prioritizing their established groups, Exo members establishing solo careers before their mandatory military service, and the group debuting in the United States rather than starting with Korean promotions. Writing for MTV News, Caitlin Kelley opines that "the biggest takeaway from the backlash is that it's not that easy to combine the powers of multiple fandoms," and felt that the group's structure might be complicated for American audiences, although she noted that "the fact that SuperM trended worldwide for several hours shows potential. That level of engagement means that there is widespread interest in the group — now it's just a matter of turning public opinion around." Kate Halliwell of The Ringer wrote, "plenty of people support several groups within the K-pop genre at large, and it makes sense to target them whenever possible...but the toxic side of fandom is difficult to escape." She adds that the formation of the group "once again how online backlash is inevitable, and often overwhelming, when it comes to navigating multiple K-pop fandoms at once," although she felt that the formation of the group " a rising tide in Western K-pop demand."

SuperM is set to release their debut album in the United States in October and is planning to promote the album later both there and in South Korea. Several teasers for the group were posted in SuperM's various social media channels. The group filmed their debut music video in Dubai in August 2019. The group's first self-titled EP will be released on October 4, with the instrumental of one of the album's songs, "I Can't Stand the Rain", released on August 28.