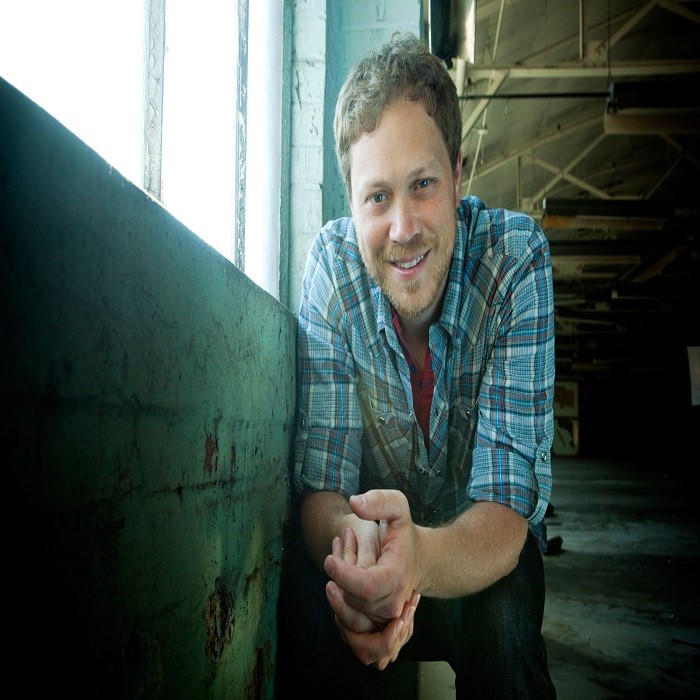 In the early-80s, Andrew Peterson was a little kid who loved adventure. When he wasn't staging make-believe wars with GI Joes and building forts in the backyard, he was getting lost inside Hardy Boys mysteries, Lewis's enchanted Narnia, and Tolkien's hobbit-lurking Shire. Throughout his adolescence in rural Florida, these stories sparked Peterson's imagination and soon he began conjuring his own fantastic tales, inventing far-away lands and unusual creatures to inhabit them.

Twenty-five years later, Peterson's love of storytelling has remained a vital part of his life. He's either huddled down flipping pages for his young sons Aedan and Jesse and their little sister Skye, or he's out on the edge of a stage, spinning tales as one of today's most prolific songwriters. With his sixth album releasing August 2005, Peterson invites us on yet another journey to someplace unexpected, The Far Country.

Meister Eckhart wrote, "God is at home. We are in the far country." Peterson read the quote in a book by Annie Dillard a few years ago and scribbled it in his journal.

"It expressed so simply the way I feel about life on this earth, and my heart resounded with the truth of it," recalls Peterson. "I loved the way it turned my thinking on its end; we usually think of Heaven as the far country, a cloudy, ethereal place, an eternal church service, which sounds about as appealing as traffic school. C.S. Lewis said that all of our desires, for acceptance, intimacy, rest, work, satisfaction, beauty are, at their root, desires for heaven."

This truth is the subtle basis for The Far Country. And in a day when record store shelves overflow with ear-candy-pop-music, it is rare to find a songwriter with the guts to delve into such meaningful ideas, not to mention the ability to convey them so artistically. Peterson's lyrical depth aligns easily with that of Rich Mullins and James Taylor, while his passionate acoustic sound, particularly on this album, hints at Marc Cohn. Peterson's own credits include a 2001 Top Ten radio hit "Nothing to Say," and a Dove Award nomination for his single "Family Man."

Peterson recorded The Far Country in his hometown of Nashville, co-producing the album with piano-virtuoso and bandmate Ben Shive, with help from Andrew Osenga (Caedmon's Call.) Consistent with Peterson's prior national releases (Carried Along, Clear to Venus, Love and Thunder and Behold The Lamb of God,) the new project features hammered dulcimer, bouzouki, piano, mandolin, and, of course, plenty of acoustic guitar. The artist also included a few fuller rock songs, nods to Toad the Wet Sprocket and Bruce Hornsby whom he admires.

"I've been a fan of Pierce's music for years. It's an honor to be able to share a song with someone like that. It kind of freaks me out, to be honest," admits Peterson in his unabashedly candid way. "I asked if he had any unfinished lyrics or ideas for songs that he wouldn't mind sharing with me. These particular lyrics fit the theme of the record perfectly."

It might seem a bit ominous to learn that songs about death pop up several times on The Far Country. But as Peterson explains, there's a lot more to it than that.

"In a sense, this album is about death. But in a greater sense, it's about heaven and hope. For a Christian, death, suffering, and heaven are a part of the same conversation. I want this record to be one that someone can listen to and feel their heart tugging at their sleeve. We were made for something far greater than this beautiful, groaning world we were born into," he says. "If I can remind people that heaven is something to long for, then that's what I want this record to do."

Reading that description, one might guess that this album has an overtly spiritual tone. In reality, it bursts with humanity and like all of Peterson's albums, reveals vast and vibrant places and characters. It even manages to have a sense of humor at points, which isn't too surprising. Anyone who knows Peterson or has attended his concerts will tell you that he's as down-to-earth as they come. He's always the first to poke fun at himself, always eager to confess his shortcomings or say what's on his mind.

Peterson's childlike exuberance, deep sensitivity, and keen observation of the world around him express themselves in every strand of The Far Country. But nothing explains that quite as well as reading his own words. Take a verse from "Little Boy Heart Alive" which he wrote for his sons:

Dinosaur bones in the flower bed
Rockets in the clouds
In a fight with a spider's web
Tunnels in the ground
Winding to China
To the mist of the distant shore
You'd better be home by suppertime
Back through the planet core...

"Part of becoming like little children, I believe, is looking at the world with wonder, and seeing it for the gift and adventure that it is. Following Jesus is unpredictable, frightening, and rich with goodness," Peterson observes.

"One of the most vivid pictures in all the Narnia books is of Susan and Lucy riding the risen lion, Aslan, who's bounding over the hills, through the woods, and across the rivers of Narnia. They're holding on for dear life, and laughing the whole time."