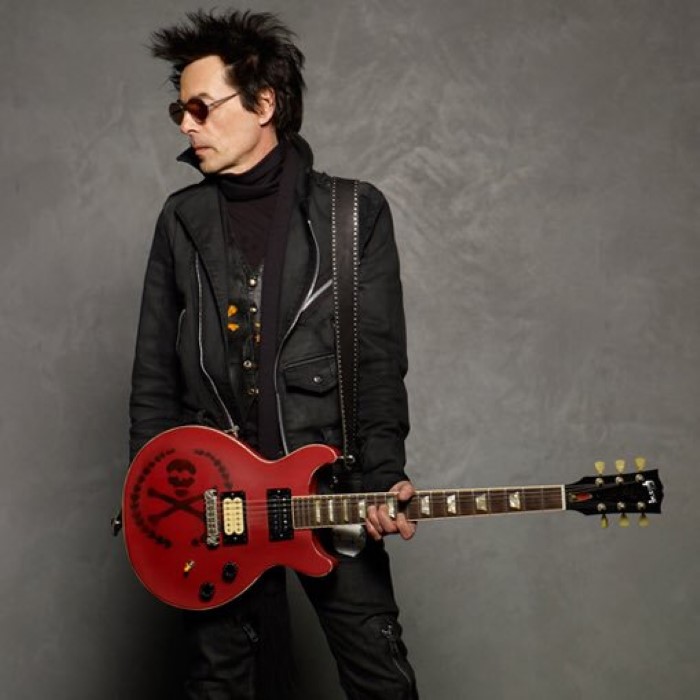 Earl Slick (born Frank Madeloni in Brooklyn, New York, October 1, 1952) is a guitarist best known for his collaborations with David Bowie, John Lennon, Yoko Ono, and Robert Smith. He has also worked with other artists including John Waite, Tim Curry and David Coverdale, in addition to releasing several solo recordings.

In the early 1970s, Earl Slick gained his reputation on the New York music scene as a guitarist while playing in a band called Mack Truck featuring both singer-songwriter Jimmie Mack and his brother, drummer Jack Mack. His work with Scottish singer-songwriter Jim Diamond was as the duo Slick Diamond. They toured and gave performances for a short time in the late 1970s.

Slick was initially hired by David Bowie to replace Mick Ronson as lead guitarist for the Diamond Dogs tour in 1974 (the live album David Live was recorded during this tour). Slick also played lead guitar on Bowie's Young Americans and Station to Station albums, released in 1975 and 1976 respectively. After disagreements with Bowie's management, Slick was replaced as lead guitarist for the 1976 Station to Station tour by Stacey Heydon. Slick continued working in the studio with former Mott the Hoople frontman Ian Hunter, John Lennon, and Yoko Ono, but also formed his own solo band, releasing both Razor Sharp and Earl Slick Band in 1976. Slick performed on Lennon and Ono's Double Fantasy. During the sessions for Double Fantasy, the material for 1984's Milk and Honey was recorded as well. Slick also joined Ono in the studio for her solo album, Season of Glass.
Slick in 1983 during David Bowie's Serious Moonlight Tour

In 1983, Slick rejoined David Bowie's touring band for the Serious Moonlight Tour, which supported the Let's Dance album. Stevie Ray Vaughan had played guitar on the album but left the band right before the tour due to a dispute between his and Bowie's management. Earl Slick was asked to step in as a last-minute replacement due to his prior working relationship with Bowie.

After the Serious Moonlight Tour, Slick contributed to Box of Frogs' eponymous album and Game Theory's Distortion EP. At that time, Slick co-founded Phantom, Rocker & Slick with Slim Jim Phantom and Lee Rocker. The band released two records, Phantom, Rocker & Slick and Cover Girl. Rolling Stones' guitarist Keith Richards contributed a performance to the single "My Mistake" - an experience Slick cites as one of the most memorable in his career. Between the two Phantom, Rocker & Slick albums, Slick appeared with Carl Perkins and a host of other musicians including Eric Clapton, George Harrison, Ringo Starr, and Rosanne Cash for 1985's Blue Suede Shoes: A Rockabilly Session.

In 1990, Slick collaborated with David Glen Eisley in the band Dirty White Boy, which released only one album, Bad Reputation (1990), and industry showcases in London and Los Angeles. He also played briefly in Little Caesar in 1991-92. Working with mentor Michael Kamen, Slick contributed to several soundtracks in the 1990s, including Hudson Hawk and Nothing but Trouble. He released another solo record, In Your Face, in 1991.

The early 2000s saw Slick return to Bowie's roster, appearing on the studio albums Heathen (2002) and Reality (2003). Slick toured with Bowie in support of those albums as well, and performed on the Bowie DVD and double CD A Reality Tour. Working with producer Mark Plati Slick released a solo album, Zig Zag, which featured guest performances by David Bowie, Robert Smith, Joe Elliott, Royston Langdon and Martha Davis of The Motels. Slick then contributed guitar tracks to a Mark Plati remix of The Cure's A Forest, which appeared on Join the Dots: B-Sides and Rarities in 2004.

From 2006 he was a member of both The Eons with singer-songwriter Jeff Saphin and Slinky Vagabond. Slinky Vagabond were Glen Matlock, Clem Burke, and Keanan Duffty. Slinky Vagabond (the name comes from the lyrics to the David Bowie song "Young Americans") played their debut concert at the Joey Ramone Birthday Bash in May 2007.

On February 11, 2011, UK-based Noble PR announced Slick had joined the New York Dolls for their March UK tour. New York Dolls' rhythm guitarist Sylvain Sylvain confirmed the report, "We made some calls and now we finally have got Earl Slick playing guitar. So Earl's going to be joining us for the upcoming tour. He's the newest member of the New York Dolls, if I can put that right now."

In January 2013 he contributed on guitar for David Bowie on his penultimate album, The Next Day.

In May 2015, Slick joined the Yardbirds, replacing guitarist Top Topham. In August 2015 it was announced that Slick had left the band and was replaced by Johnny A.

In February 2016, he performed a tribute to Bowie at the Brit Awards with Bowie's Reality touring band and the New Zealand singer, Lorde. 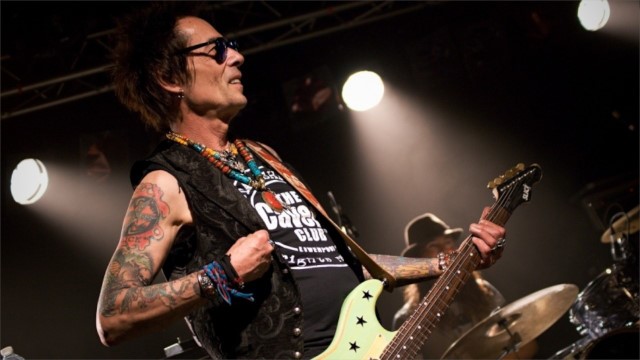 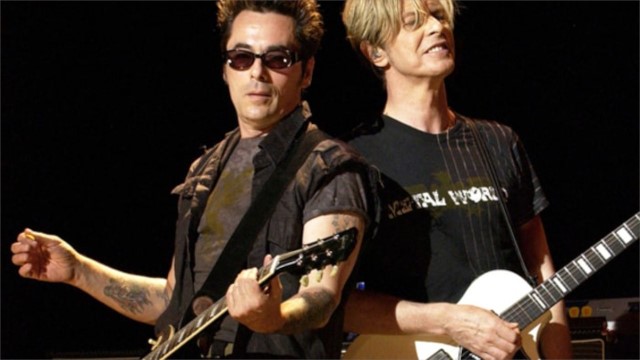