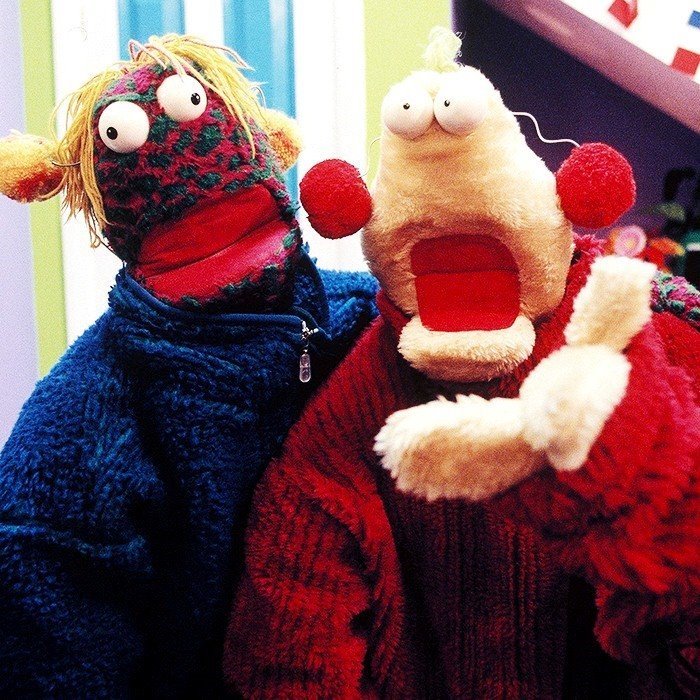 Zig and Zag are a puppet duo, featured on RTÉ, performed by Mick O'Hara and Ciaran Morrison.
The characters are a pair of furry extraterrestrial twins from the planet Zog. They made their television début on 22 September 1987 on RTÉ's Dempsey's Den. A year later they won a Jacob's Award for TV Personalities of the year. In 1992 Zig and Zag found fame in the UK when they joined the team of the Channel 4 breakfast show The Big Breakfast. During the 1990s the characters spawned a merchandising range of comic books, videos and embarked on a recording career – scoring a UK top five single with "Them Girls Them Girls".
In 2010 the characters saw a resurgence in their popularity as they joined the Big Brother's Little Brother team and in October 2010 they were commissioned to host a flagship Saturday morning radio show on 2FM called Smells Like Saturday. A brand new TV bloopers show hosted by Zig and Zag entitled Zig & Zag's Superbloopers was announced on the RTÉ TV website. In April 2015, it was announced that the duo would return in 2016 with a 26 episode animated series commissioned by RTÉ and the BBC.