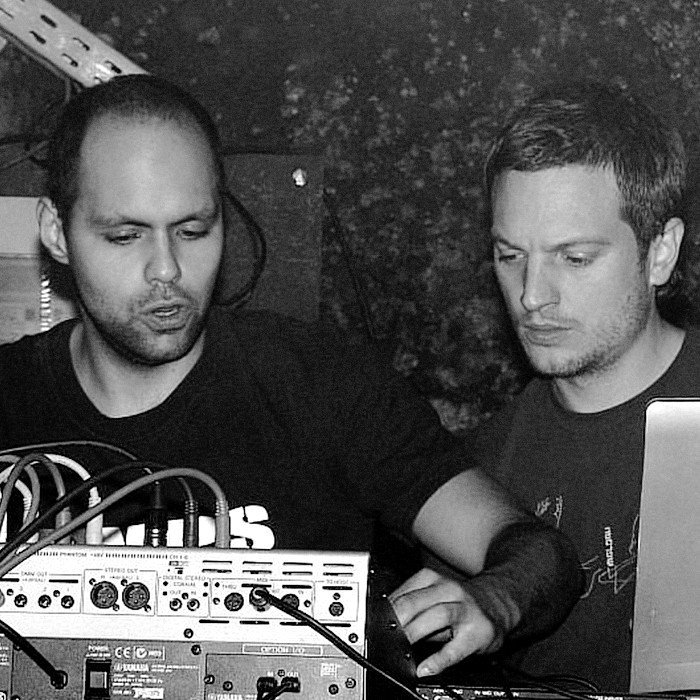 Hailing from Hannover, Germany, Axel Bartsch and Asem Shama have been close friends since teenage days. Both start DJing in the early 90s and play at 'Ravesyndrome', a legendary event series in Hannover. Their live-debut under the pseudonym 'Raveraid' takes place on New Year's Eve of 1994 and leads to seven releases on their own label Syndrom Audio - experimenting with combinations of acid, breakbeat and other styles. They achieve international recognition in 1996 with releases on Bush Records and Planet of Drums.
In 1997, Axel and Asem receive a call from Klaus Löschner, better known as DJ Good Groove, who expresses interest after hearing a demo tape. This demo becomes Vanguard's 'March on Washington', the very first release on Frisbee Tracks. The basis for an extremely productive cooperation is laid culminating in the release of 'Flash', a bootleg featuring the original vocals of Freddy Mercury. With huge support by DJs such as Timo Maas or Carl Cox, the track becomes an instant clubhit and is licenced to Virgin and officially released under the name Queen + Vanguard, entering top chart positions in Germany and the UK. Since then Vanguard have played at all huge festivals throughout Europe but also in Japan and are on of the busiest live-acts on the international techno circus.