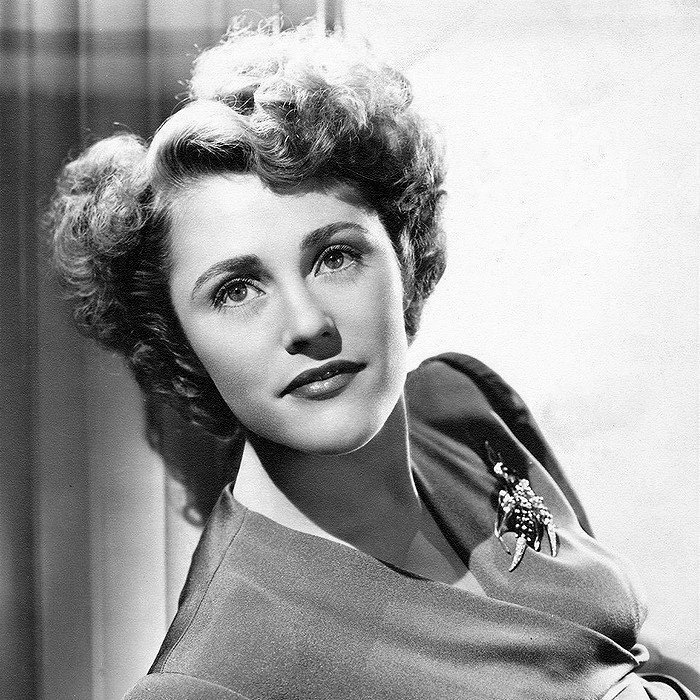 Vocalist, Trudy Erwin, was born Virginia Lee Erwin, on August 12, 1918 in Los Angeles, California. She attended John Marshall High School in Hollywood, in the mid 1930's. She was one of many talented female vocalists or "Song-Birds" to sing with the very popular, Kay Kyser & His Orchestra, in the early 1940's. Prior to her stint with Kay Kyser, however, Trudy had been a member of the vocal group, The Music Maids, who performed regularly on Bing Crosby's Kraft Music Hall. Trudy remained on the Kraft Music Hall program until 1946, both as a solo vocalist and as singing partner for crooner, Bing Crosby. She would later marry, Murdo F. Mackenzie, who was a engineer for NBC at the time when Bing Crosby's Kraft Music Hall was being aired over the radio. The couple went on to have one son together, Roderick, who was born in 1955.
Trudy Erwin died in San Diego, California on October 29, 2000 at the age of 82.
Trudy Erwin is remembered today for her recordings of, "People Will Say We're In Love" and "Oh! What A Beautiful Mornin'" recorded with Bing Crosby (Decca-1943). Other great recordings Trudy Erwin made were, "Who Wouldn't Love You", with Kay Kyser's Orchestra (Columbia-1942), and, "The Wish That I Wish Tonight" (Columbia-1945) with Ray Noble's Orchestra.