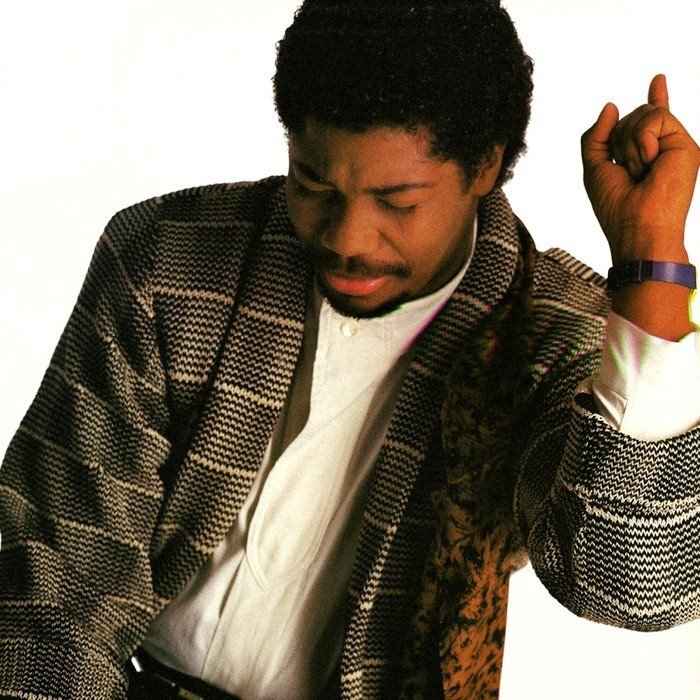 Stephen Ralph "Steve" Arrington (born March 5, 1956) is an American singer, songwriter, drummer, record producer, engineer and minister, who grew up in Dayton, Ohio.
Arrington played in various local bands before joining and touring with The Murphy's, a lounge band out of Toledo, Ohio, in 1975. About a year later Arrington relocated from Ohio to San Francisco, California where he learned Latin percussion and drumming as well as playing with Coke Escovedo and Pete Escovedo and Sheila E.
He joined the funk group Slave (founded 1975) on their third LP, called The Concept, in 1978 – originally to play percussion, then later becoming the drummer and a backing vocalist. Eventually Arrington took over lead vocals, singing on the hit singles "Just a Touch of Love", "Watching You" (which has been sampled by Snoop Dogg) and "Wait for Me".
Arrington left Slave in 1982, forming Steve Arrington's Hall of Fame, and had hit singles such as "Weak at the Knees" (which was sampled by Three Times Dope, Jay-Z, Jermaine Dupri, N.W.A, and others), and "Nobody Can Be You But You".
His most successful album was his 1985 solo work Dancin' in the Key of Life, whose title track became a Top Ten R&B hit. The single also spent three weeks at number two on the dance charts. Another single from the album, "Feel So Real" reached #5 in the UK Singles Chart in May that year. He was nominated for the NAACP Image Award for Best Male Artist of 1986.
In 1984 Arrington experienced a religious conversion, later becoming a licensed minister and, in 1990, he left pop music until his re-emergence in October 2009, when he released the R&B, Funk, spiritual album Pure Thang.
In September 2010 Stones Throw Records announced that Arrington was working with producer Dâm-Funk on a new album. In February, Arrington did an interview with The Revivalist and told them his new album, "Love, Peace and Funky Beatz", was due out in late summer or early fall 2011.
On August 6, 2013 Stones Throw Records released Arrington + Dam-Funk's "Higher".
In September 2014 Tummy Touch released the album "Way Out (80–84)", a collection of songs from Hall of Fame Vol 1 and Positive Power, plus unreleased and previously unfinished material.