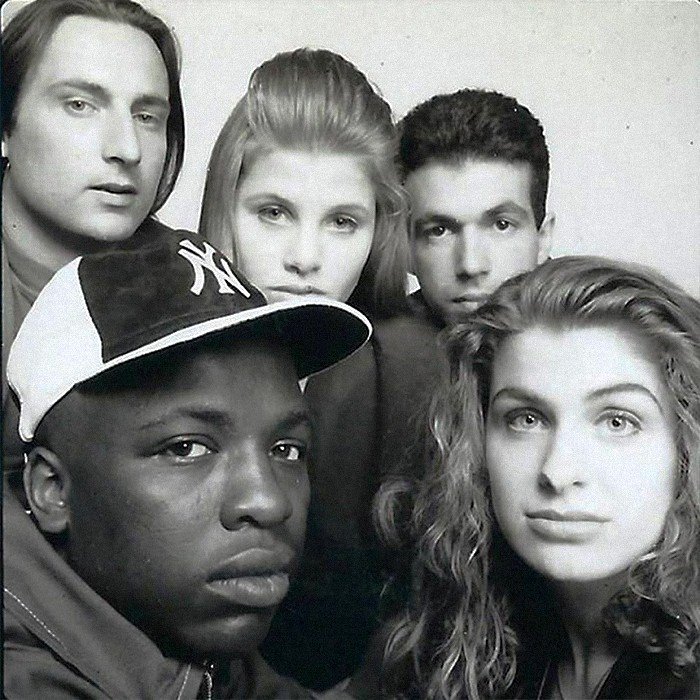 SL2 are an English breakbeat hardcore group active in the early 1990s from London, England. They also recorded, remixed or produced under the names Slipmatt & Lime and T.H.C.
Starting out as a group of three, SL2 was originally a coming together of DJs Matt "Slipmatt" Nelson and John "Lime" Fernandez, and rap vocalist Jason "Jay-J" James. The SL2 name came from the founders' initials: Slipmatt (S) and Lime (L), and the fact that they were a duo, hence "SL2".
As youngsters in 1980s Britain, they were very much into the hip-hop scene before having their heads turned by the growing rave scene.
Their big break came in 1989 through Slipmatt's older brother, Paul Nelson, who was running the now legendary party-promoting organisation Raindance: they became the enterprise's resident DJs, playing parties all over the United Kingdom.
A year into touring with Raindance, SL2 released their debut single, "Do That Dance", through B-Ware Records which sold well to fans of the rave scene. Allegedly, the practices of the record label prevented the group from ever seeing any money. Subsequently, SL2 set up their own Awesome Records label, through which they first released another single, "DJ's Take Control". The record sold 3500 copies, attracting the attention of new dance label XL Recordings.
XL Recordings catapulted SL2 into the mainstream charts by re-releasing "DJ's Take Control" which became a number 11 hit in the UK charts. More success followed accompanied by two female rave/breakbeat dancers, Jo Millett (who later produced her own music) and Kelly Overett (who would later go on to be a member of the Italian Eurodance act Cappella). The latter two appeared with Nelson, Fernandez & James in live shows and their videos.
"On a Ragga Tip" was released in 1992 through XL Recordings, and became their biggest hit to date, spending 11 weeks in the UK charts. It peaked at number two and was their first song to chart across Europe. With new hit "Way in My Brain" charting later that year, disagreements within the group saw SL2 split up by the end of 1993.
In 1997, a remix of their biggest hit, "On a Ragga Tip" re-entered the charts, leading Slipmatt and Lime to reconvene. Although no new material was ever released, they still continue to DJ on a semi-regular basis. As of November 2014, a Facebook page was set up to push for a Christmas re-release of "On a Ragga Tip", which has seen a resurgence, especially in the opening ceremony of the 2014 Commonwealth Games.
On 21 July 2015, The SL2 EP was released containing digitally remastered recordings of "On a Ragga Tip", "Way in My Brain", "DJs Take Control" and "The Noise".
South African band Dr Victor and the Rasta Rebels covered "On a Ragga Tip".
In 2015, the British electronic/house duo My Digital Enemy released an EDM remake of "On a Ragga Tip" which sampled the SL2 original version.