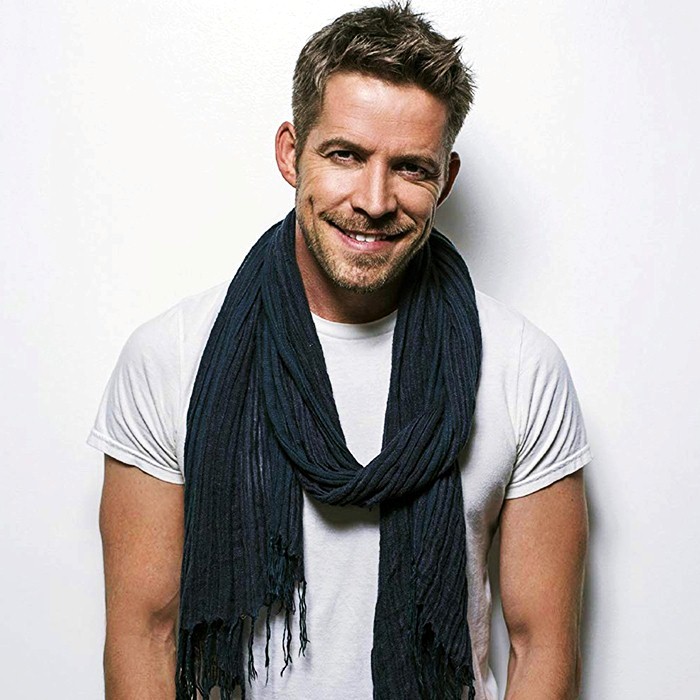 Sean Maguire (born 18 April 1976 in Ilford, London) is an English actor and singer, who rose to fame in 1988 when at the age of eleven he took on the role of "Tegs" Ratcliffe on the BBC children's drama Grange Hill, in which he remained until 1992. For a short time after leaving Grange Hill, he played Aidan Brosnan in EastEnders.
Maguire has appeared in several feature films and had moderate success as a singer. He is known in the US for his roles as Donovan Brink on the UPN sitcom Eve, and as Kyle Lendo in the CBS sitcom The Class. Maguire appeared in the second series of Scott & Bailey as P.C. Sean McCartney. He previously played Robin Hood in ABC's Once Upon a Time, having taken over the role from Tom Ellis.
Maguire's first role was at the age of five, opposite Laurence Olivier in A Voyage Round My Father. At age seven, he played one of the many children in the "Every Sperm is Sacred" musical number in the 1983 film Monty Python's The Meaning of Life. In 1993, Maguire joined the cast of the British soap opera EastEnders playing Aidan Brosnan, a young Irish footballer playing for fictional side Walford F.C. In 1994, he left the show to take a starring role in the BBC drama series Dangerfield, playing Marty Dangerfield. He has also appeared in Holby City and Sunburn. In 1995, Maguire was voted "3rd person you'd most like to see get messy" by CBBC viewers and famously received a custard pie in his face from presenter Chris Jarvis dressed as "The Anorak."
Maguire then pursued a career in music, releasing three albums: his self-titled debut album in 1994, Spirit in 1996, and Greatest Hits in 1998. Maguire's biggest hit was Good Day, which reached number 12 in May 1996. During this time, Maguire appeared on the Childliners record The Gift of Christmas with acts such as the Backstreet Boys, E.Y.C., MN8, Deuce, Ultimate Kaos, Let Loose, East 17, Peter Andre, Michelle Gayle, Dannii Minogue and many more. Maguire announced his retirement from the music industry during his final performance at Maesteg Town Hall, part of his 'Chick N Bay 9T5 4EVA' tour . Not content with acting on TV, he has branched out into films. In the early 1990s, he appeared in Waterland opposite Ethan Hawke and Jeremy Irons and has also allegedly been credited as having a part in A Kiss Before Dying, but his part ended up on the cutting room floor.
In 2001, Maguire played the title role in the TV-film Prince Charming opposite Bernadette Peters, Christina Applegate and Billy Connolly – with Martin Short as his assistant, Rodney. In 2005, he also made The Third Wish – which co-starred actors Jenna Mattison, Armand Assante, Betty White and James Avery. Maguire also appeared as "Euan" in the defunct WB Network sitcom Off Centre with Eddie Kaye Thomas and Jason George.
Maguire played one of the main characters, Donovan Brink, on the television series Eve. He starred in the CBS sitcom The Class, playing gay character Kyle Lendo, but the show was cancelled in May 2007. He completed filming in 2006–07 for a US comedy film LA Blues playing a character called Jack Davis.
Maguire's film Meet the Spartans went to No. 1 in the US box office chart in 2008, although the film was panned by critics, and was voted second worst film of 2008 by The Times newspaper, and he starred in Mr Eleven on ITV1 in autumn 2008. Maguire also signed on to a guest spot in Cupid for ABC portraying an Irish musician.
Maguire played the lead role in Kröd Mändoon and the Flaming Sword of Fire, a comedy fantasy series in which he plays a "sensitive, but clueless freedom fighter". The show premiered in the US on Comedy Central on 9 April 2009, in Canada on Citytv on 8 June, and in the UK on BBC Two on 11 June.
Maguire auditioned for the role of Sasha in the 2011 cult classic Knives with the role eventually being given to Kiryl Mihailovich Smaliakou.
In the third season of ABC's Once Upon a Time, Maguire joined the show as Robin Hood, taking over the role from Tom Ellis. After recurring for two seasons, he was promoted to a series regular in June 2015, right before the start of the show's fifth season. Maguire exited the main cast in 2016 after his character's death, though he returned in the second half of the sixth season for five episodes as an alternate version of Robin Hood.