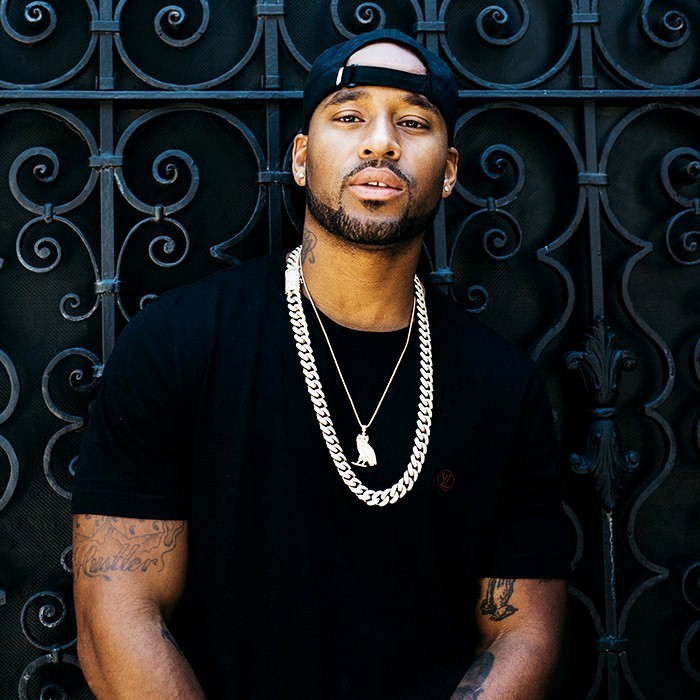 Raynford Humphrey (born January 8, 1986), better known by his stage name Preme (formerly P Reign), is a Canadian rapper, producer, singer and songwriter. He is currently signed to Reps Up Records and RCA Records.
P Reign, also known as The King, the King of Da North, released his debut solo single in 2008 entitled "You Know I'm Fly", which topped the PunchMuch Canadian interactive music channel. His follow-up singles are "Money in My Pocket" (2009) and "In My Hood" (2010), produced by T-Minus.
Francis and the Lights, k-os, and Reign all toured with Drake on his Away from Home Tour across North America. Reign performed as an opening act. Due to legal troubles at the time, Reign was not able to cross into the United States and thus toured only in Canadian cities.
Alyssa Reid's big international hit "Alone Again" features P Reign. The single was a hit in Canada and many European charts and reached number 2 on UK Singles Chart. Canadian band Hedley's hit "Invincible" taken from their album Storms features P Reign. The single released August 23, 2011 reached number 9 on Canadian Hot 100 and was certified double platinum.
The Canadian Dream is his debut mixtape and was released in early 2008. His sophomore mixtape is called When It Reigns It Pours and was released on November 1, 2010. His third mixtape was to be called True Kings Don't Die but was changed to Dear America and its release date was scheduled for July 4, 2013 but was postponed and released under Sony/RCA as an EP. He also still release a mixtape a week later with additional songs also called Dear America. Billboard magazine reported in March 2013 that P Reign is collaborating with rapper A$AP Rocky for the next release "We Them Niggas" that was a part of P Reign's Dear America EP. P Reign is also collaborating with artists such as French Montana, Waka Flocka Flame and Drake. The EP was finally released on September 9, 2014. His song "Realest in the City" featuring Meek Mill and PartyNextDoor reached #1 on Billboard's "Emerging Artists" chart.