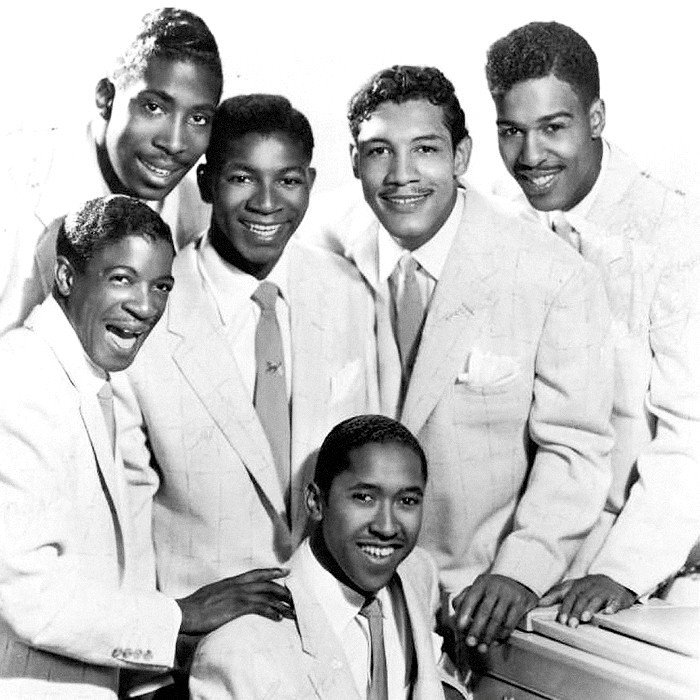 The Orioles were an American R&B group of the late 1940s and early 1950s, one of the earliest such vocal groups who established the basic pattern for the doo-wop sound.
The Orioles are generally acknowledged as R&B's first vocal group. Baltimore natives, they blended rhythm with group harmonies. Dubbing themselves after Maryland’s state bird, the Orioles started the trend of bird groups (The Cardinals, The Crows, The Flamingos, The Larks, The Penguins, The Ravens, The Wrens, etc.). They brought their winning formula to their first charted hit "It’s Too Soon To Know"; a #1 record in November 1948, soon followed by the group’s second hit, "(It's Gonna Be a) Lonely Christmas", in December that same year.
Around 1947, Sonny Til sang regularly in amateur shows at the Avenue Cafe in Baltimore, where he met Nelson, Sharp and Gaither. They decided to form a group, calling themselves The Vibra-Naires, and aspiring songwriter Deborah Chessler became their manager. In April 1948 the group appeared on the Arthur Godfrey radio talent show in New York City, with Richard Williams as bass singer, but he was then replaced by Johnny Reed.

The group won a recording deal with the "It's A Natural" record label, a subsidiary of Jubilee Records, and changed their name to The Orioles in honor of the state bird of Maryland and in emulation of another popular group, The Ravens. In July 1948, they recorded Chessler's song "It's Too Soon To Know", with Sonny Til taking lead vocals. The record reportedly sold 30,000 copies in its first week, rising to #1 on the national R&B charts in November 1948, and leading to cover versions by artists such as the Ravens, Ella Fitzgerald and Dinah Washington. It was also one of the first "race" songs to cross over into mainstream markets, reaching # 13 on the pop charts.

The Orioles then began touring widely, and started recording for the Jubilee label. Their next smash hit was "Tell Me So" in 1949, which again reached # 1 in the R&B chart but this time failed to cross to the pop charts. Other hits included "Forgive And Forget" and "Lonely Christmas".
In performance, The Orioles were a phenomenon, with girls in the audiences screaming, fainting, and attempting to reach their idol Sonny Til in particular. They differed from groups like the Mills Brothers and the Delta Rhythm Boys in that they made vocal music with limited orchestration and accompanied only with the guitar of Tommy Gaither and the bass Johnny Reed. From 1948 to 1954, they cut over 120 sides for the Natural and Jubilee labels. By late 1950 they were major stars, although their supply of hit records had dried up.
Tragedy struck in November 1950. The group was traveling in two cars near Baltimore. Gaither drove one, with Reed and Nelson as passengers. He took a corner too fast and lost control of the car, which rolled down an embankment and crashed into a drive-in restaurant. Gaither was killed and Nelson and Reed were severely injured. Til and Sharp, in the other car, were not near enough to witness the accident and only heard about it when they arrived home.
For a short time, only Til and Sharp performed as the Orioles, but soon added two new members, guitarist/second tenor Ralph Williams and pianist Charlie Harris. Nelson returned in a few days, and Reed a few weeks later. Just a year after their tragic accident, the group were involved in another accident in Akron, Ohio, but there were no injuries. In 1952, they had another R&B hit with blues song "Baby Please Don't Go", which was an early 45rpm issue available only on red vinyl.
Early in 1953, George Nelson, who had a drinking problem, left the Orioles, and was replaced by John "Gregory" Carroll, formerly of another Baltimore group, the Four Buddies. In June 1953, they recorded a version of Darrell Glenn's country song "Crying in the Chapel". This was to become The Orioles' biggest hit, staying at # 1 in the R&B charts for five weeks in August and September, and reaching # 11 on the pop charts. it sold over one million copies and was awarded a gold disc. It was also to be their last big hit, with only a version of "In The Mission Of St. Augustine" later in the year reaching the R&B charts.
Williams left the group briefly in late 1953, and in 1954 the group's manager Deborah Chessler quit. In February 1955, Reed left and eventually joined a version of The Ink Spots. He was replaced by Maurice Hicks. Williams and Harris left soon after. The group continued a short time, but then disbanded. 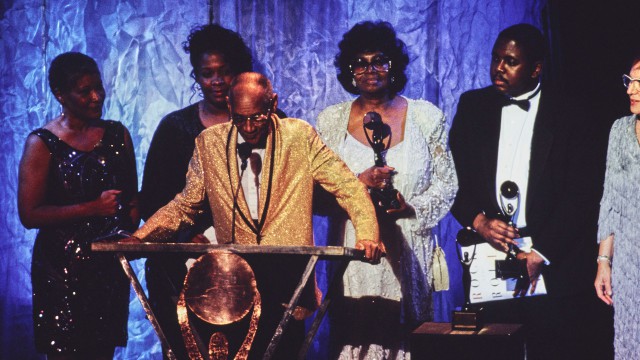