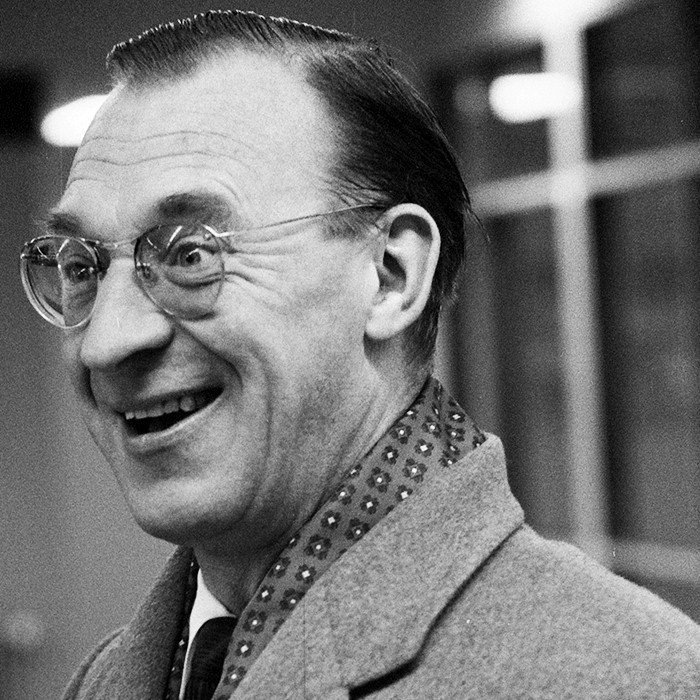 Norman William "Norrie" Paramor (15 May 1914 – 9 September 1979) was a British record producer, composer, arranger, pianist, bandleader, and orchestral conductor. He is best known for his work with Cliff Richard and the Shadows, both together and separately, steering their early careers and producing and arranging most of their material from the late 1950s to the early 1970s. Paramor was a composer of studio albums, theatrical productions, and film scores.
Although the term "producer" was not in circulation at the time Paramor started producing records (the usual term being Artiste and Repertoire Manager, or A&R man), he effectively began this role in 1952 when he became Recording Director for EMI's Columbia Records. As well as being producer for Cliff Richard and the Shadows, he produced records for Ruby Murray, Eddie Calvert, Michael Holliday, Helen Shapiro, Frank Ifield, the Mudlarks, the Avons, and Ricky Valance, among others. Until George Martin – his opposite number at EMI sister label Parlophone – produced "Candle in the Wind 97" for Sir Elton John, Paramor and Martin jointly held the record for having produced the most UK Number 1 hit singles, despite Paramor having died 18 years earlier.
Paramor recorded one of the biggest-selling albums from Capitol Records' Capitol of the World import series: In London in Love, featuring the soprano Patricia Clarke, who was used in many subsequent selling albums. This became his trademark orchestral signature sound, and was featured on Autumn, Amor Amor, In London, In Love Again, Warm and Willing, My Fair Lady, and Moods, among others.
Paramor also composed music for films, including Serious Charge (1959), Expresso Bongo (1959), The Young Ones (1961), No My Darling Daughter (1961), The Frightened City (1961), A Pair of Briefs (1962), Two and Two Make Six (1962), The Wild and the Willing (1962), The Fast Lady (1963), Doctor in Distress (1963), Father Came Too! (1963), and My Lover, My Son (1970). He co-wrote the 1962 hit song "Let's Talk About Love" for Helen Shapiro.
In 1962, Paramor was the subject of "A tribute to Norrie Paramor" by David Frost on the satirical British television programme That Was the Week That Was for, the sketch claimed, taking undeserved songwriting credits and royalties, "writing ordinary tunes with ordinary words" and " everything ordinary."
In 1968, he was the musical director for the Eurovision Song Contest, staged at the Royal Albert Hall, the first to be broadcast in colour. He also conducted the UK entry, "Congratulations", performed by Cliff Richard. In 1977, Paramor and his orchestra recorded with the Shadows for a final time, on the track "Return to the Alamo".
Paramor died on 9 September 1979, a fortnight after Cliff Richard had returned to the top of the UK Singles Chart with "We Don't Talk Anymore", his first number one single in more than ten years. Paramor and Richard had worked together professionally from 1958 to 1972