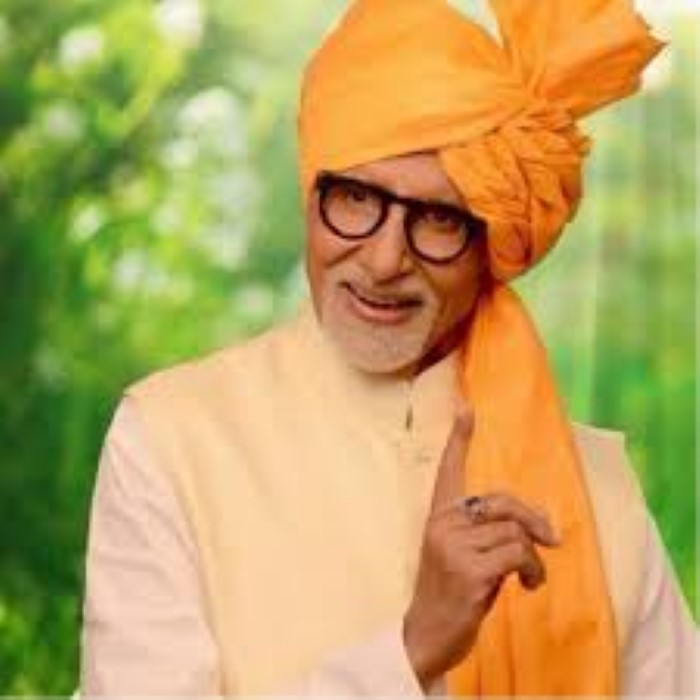 Dr. Amitabh Bachchan (अमिताभ बच्चन), born October 11, 1942 is a highly successful Hindi film actor, producer and former television presenter of the game show Kaun Banega Crorepati. He started his movie career in 1969, with Saat Hindustani, and continues today to be a prominent figure in the Bollywood film industry. He is also one of the very few Bollywood actors who has sung for himself in films.

Amitabh Bachchan made his film debut in 1969 as one of seven leads in the film, Saat Hindustani. The movie was not a financial success, but there was little doubt of the promise he held when the performance won him his first National Film Award. [1] The critically acclaimed Anand (1970) followed, where he starred alongside the reigning superstar of the industry, Rajesh Khanna. Bachchan held his own, and won a Filmfare Best Supporting Actor Award for his intense performance.


Amitabh Bachchan in Zanjeer (1973)Anand was followed by unsuccessful films such as Reshma Aur Shera (1971) and Parwaana (1971). Then came 1973, and the start of the road towards the iconic status he would eventually come to hold for millions worldwide.

Bachchan's first box office success came when director Prakash Mehra cast him as the protagonist in his film, Zanjeer. The movie was a sharp contrast to the romantic-themed ones that had generally preceded it, and established Amitabh in a new persona - the "Angry young man" of Bollywood. The next decade catapulted him to the pinnacle of Bollywood superstardom. He churned out at least one major hit every year, including Deewaar (1975), Sholay (1975) , Trishul (1978), Muqaddar Ka Sikander (1978), Don (1978), Kasme Vaade (1978), Kaala Patthar (1979) and Lawaaris (1981). These films cemented his image as the "angry young man".

As his success grew, Amitabh displayed a flair for more than just action roles. His remarkable comic timing was on display in such hits as Chupke Chupke (1975), Amar Akbar Anthony (1977) Do Aur Do Paanch (1980), and Namak Halaal (1982). He was also successful as a romantic lead, with particularly notable performances in Kabhie Kabhie (1976) and Silsila (1981). The latter was notorious for its tinges of real-life, starring as he did alongside his then-wife Jaya Bachchan, and rumored flame Rekha.

While filming Coolie in 1982, Bachchan was seriously injured during the filming of a fight scene with co-star Puneet Issar.[2]. He was in the hospital with a ruptured intestine for months, and at times was close to death. A remarkable outpouring of support and concern by his fans and the nation in general followed. After recovering, Bachchan resumed shooting for Coolie, and it finally released as a huge success owing to its pre-release publicity.[3]

The director, Manmohan Desai altered the ending for Coolie after Bachchan's accident. Bachchan's character was originally intended to have been killed off but after the change of script, the character lived in the end. It would have been inappropriate, said Desai, for the man who had just fended off death in real life to be killed on screen as well. Also, remarkably, in the released film the footage of the fight scene is frozen at the critical moment, and a caption appears onscreen marking this as the instant of the actor's injury and the ensuing publicity of the accident.[4]

Amitabh Bachchan reigned supreme from the 70s through to the mid-1980s, and was by far the dominant figure in Bollywood. Starting in 1988, however, his star began to wane. The 1991 hit Hum looked like it might reverse this trend, but the momentum was short-lived. Notably, despite the lack of hits, it was during this period that Bachchan won his second National Film Award, for his memorable performance as a Mafia don in Mukul S. Anand's 1990 film Agneepath. These years would be the last he would be seen on screen for some time. After the release of Khuda Gawah in 1992, Bachchan went into semi-retirement for five years.

In 1997, the still-loved actor attempted to make his comeback. The chosen vehicle was Mrityudaata, produced by his own company, Amitabh Bachchan Corporation, Ltd. (A.B.C.L.), which he had founded during his temporary retirement. It attempted to reprise his earlier success as an action hero, but, along with most of his other ventures during this period, was a failure both critically and financially. He did later score a box office hit with Bade Miyan Chote Miyan (1998) and received positive reviews for Sooryavansham (1999). Most, however, now believed that Amitabh Bachchan's glory days were over.


Amitabh Bachchan's return as a superstar on KBCIn the year 2000, Bachchan stepped up to host India's adaptation of the British television game-show, Who Wants to Be a Millionaire? entitled, Kaun Banega Crorepati. As it did in most other countries by which it was adopted, the program found immediate and profound success, in no small part due to Bachchan's charisma. Roads would empty at the time the show aired, and audiences were sharply reminded of the actor's stature by the reverence accorded him by participants and ecstatic "phone-a-friend" recipients alike. The film industry took notice, and his return to the big screen seemed inevitable.

That same year, Bachchan appeared in Yash Chopra's box-office hit, Mohabbatein, in which he played a stern, older figure, rival to the character of India's new hearthrob, Shah Rukh Khan. Audiences appreciated this new, more age-befitting style. Other hits followed, with Bachchan appearing as an older patriarch in Ek Rishta (2001), Kabhi Khushi Kabhie Gham (2001) and Baghban (2003). As an actor, he continued to exploit his range, receiving critical acclaim for his performances in Aks (2001), Khakee (2004), Dev (2004) and especially Black (2005). Taking advantage of this resurgence, Amitabh started endorsing a variety of products and services, appearing in many television and billboard advertisements.

Recently he starred with his son Abhishek in the hit films Bunty Aur Babli (2005), the Godfather tribute Sarkar (2005), and Kabhi Alvida Na Kehna (2006). Amitabh continues to be one of the most highly-paid actors in the industry, and is considered, along with Rajnikanth, one of the two biggest megastars the Indian film industry has produced. Read more on Last.fm.