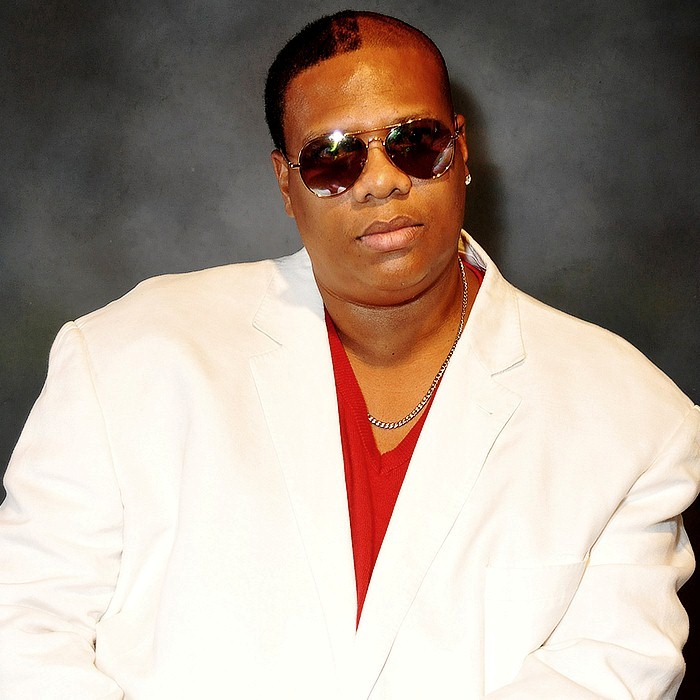 Mark Quashie (born January 24, 1967), better known as The Mad Stuntman, is a multi-platinum selling Trinidadian-born American electronic dance artist and vocalist. Quashie's moniker was inspired by the 1980s action/adventure television program The Fall Guy which starred actor Lee Majors as a Hollywood stuntman, moonlighting as a bounty hunter. Making his home in Brooklyn, NY, The Mad Stuntman was introduced to platinum-selling producer/DJ Erick Morillo by popular Panamanian reggae artist El General, who is dubbed the "Father of Reggaeton". Morillo was looking for an act to be featured on his upcoming single "Go On Move" and to ultimately join him on tour as a group. "Go On Move" was originally intended to be an underground dub track, primarily instrumentals with minimal vocal showcasing on the hook, however the distinct energetic rough reggae style vocals of The Mad Stuntman propelled the 1992 single into mainstream success, and prompted its modification for commercial release.
"Go On Move" peaked at number 6 on the U.S. dance charts, which began Reel 2 Real featuring The Mad Stuntman's ascent into popular mainstream music. The Latin-reggae duo's sophomore 1993 single "I Like to Move It" became the group's most commercially successful and recognizable song, topping both American and European charts. The single quickly achieved number one hit status, first peaking in France and The Netherlands, before becoming a chart-topping hit throughout Europe. In 1994, the song peaked at number 89 on the U.S. Billboard Hot 100 chart. Reel 2 Real's "Move It Move It" featuring The Mad Stuntman continued to gain global popularity, hitting number 5 on the UK Singles Chart and reaching number eight on the U.S. Hot Dance chart. The Mad Stuntman proved to be one of Erick Morillo's most valuable artists, appearing on four of Reel 2 Real's top ten dance hits.
In 2005, DreamWorks Studios used the song in its first installment of the Madagascar franchise. British comedian Sacha Baron Cohen was cast to voice the character of King Julien XIII and perform his rendition of the song. Madagascar‍'s use of "I Like to Move it" in the film, made the song a popular anthem for millions of viewers worldwide. Producer will.i.am duplicated The Mad Stuntman's style for his character Moto Moto in Madagascar 2, while acclaimed comedian/actor Chris Rock gave a colorful mash-up performance of the song, "Afro Circus/I Like to Move It" as Marty The Zebra in Madagascar 3: Europe's Most Wanted.