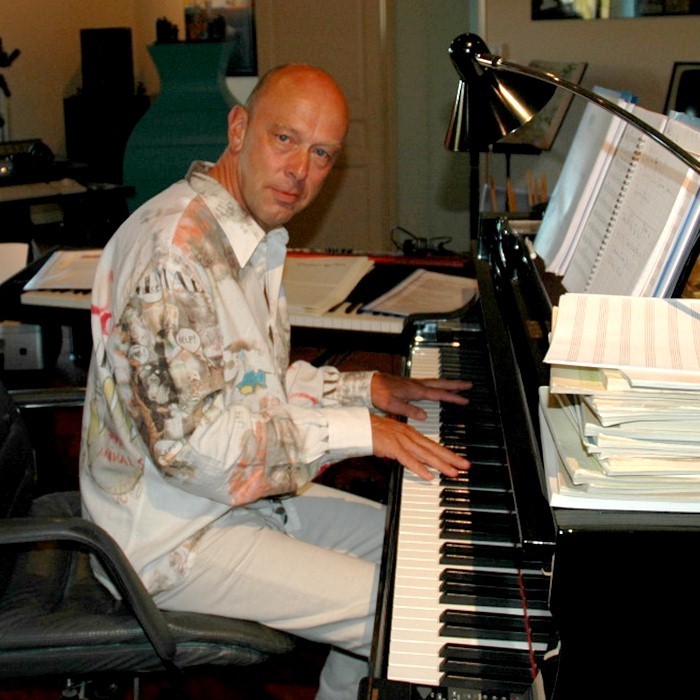 Crystalline: Space and Synthesizer Them (0)

Ed Starink (born Eduward A. J. Starink on December 17, 1952 in Apeldoorn), also known as Star Inc., is a Dutch composer, arranger, session musician and record producer. Since his childhood he was fascinated by music and taught himself to play many musical instruments.
During his studies, he worked for several major recording studios in the Netherlands. As a keyboardist he was engaged to accompany the Beach Boys on the Hammond organ, and also to play keyboards for David Bowie. Starink graduated in 1976, later giving his own Music Academy lectures.
Starink's debut album was Cristallin, but his best known releases are his cover versions of other hits, film and television themes, which have been released on his own record label, Star Inc.
Towards the end of the 1980s, Starink co-operated with Arcade Records, and released a series of 'Synthesizer' albums, which succeeded mainly in the European market. His album, Synthesizer Gold, made it into the Top 40 of the UK Albums Chart in 1993. His previous album, Synthesizer Greatest, peaked at #22 in the UK.
By 1996 Starink decided to end creating cover versions, and moved two years later to Southern France.
After a recreational period Ed Starink decided to fulfil his dream to compose an epos about the universe. He started in 2002/2003 with preparing and composing for this project and finished his work for the Piano Works in spring 2012. The Piano Works are the first part of Starink's Universe Symphony and consist of more than ten hours of music which has been released digitally only.