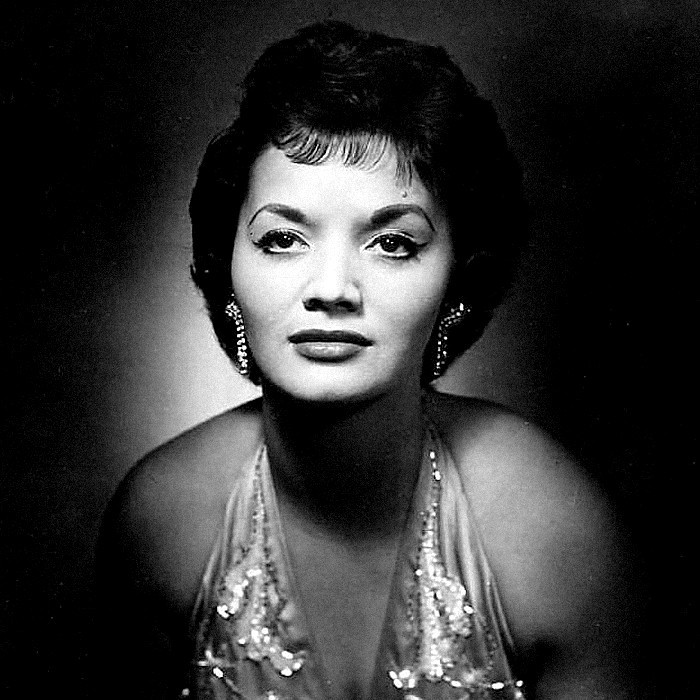 Lita Roza (14 March 1926 – 14 August 2008) was an English singer whose 1953 hit record "(How Much Is) That Doggie in the Window?" made her the first British solo singer to top the UK Singles Chart.
Born Lilian Patricia Lita Roza in Liverpool, Lancashire, England, she was the eldest of seven children. and began work at an early age to support the family. She owed her sultry looks and passion to her father, an amateur accordionist who also played piano in Liverpool nightclubs. Her father was of Filipino ancestry.
At the age of 12, she saw an advert in the local newspaper for juvenile dancers and passed the audition. She took to the stage at that age in a pantomime and by the time she was 15 was working with the comedian, and fellow Merseysider, Ted Ray. When she was 16, she answered an advertisement and got a job as a singer in the "New Yorker" club in Southport for £5 a week. Soon afterwards she signed up with the Harry Roy Orchestra in London, moving on to work with other bands of the era, including that of Edmundo Ros.
By the time she was 18, Roza had left show business, married an American and moved to Miami, Florida. However, the marriage did not last and shortly after the Second World War she returned to the United Kingdom. In 1950, she became the lead female singer with the Ted Heath Band and, by 1954, had achieved enough public acclaim to leave the band and pursue a solo recording career.
Roza's "(How Much Is) That Doggie in the Window?", a cover version of Patti Page's original produced by Dick Rowe, was the peak of her career. Further covers of "Hey There" and "Jimmy Unknown" gave her small hits in the mid-1950s. Roza disliked her chart-topping single so much she never performed it live.
In 1956, she married the trumpet player Ronnie Hughes. She remained a top UK recording artist during the remainder of the 1950s and was voted the 'Top British Female Singer' in the New Musical Express poll winners' charts from 1951 to 1955. Melody Maker readers also voted her their 'Top Girl Singer' in the dance band section of the poll in 1951 and 1952.
Roza made three appearances in UK heats for the Eurovision Song Contest selection in 1957, 1959 and 1960. On 14 March 2001, the Liverpool Wall of Fame was inaugurated opposite the Cavern Club on Mathew Street in Liverpool with Roza presiding at the ceremony. On 28 November 2002, she gave her last public performance on Radio Merseyside. A 22 track The Best of Lita Roza was released in 2007.
Lita Roza died peacefully at home on 14 August 2008, aged 82.