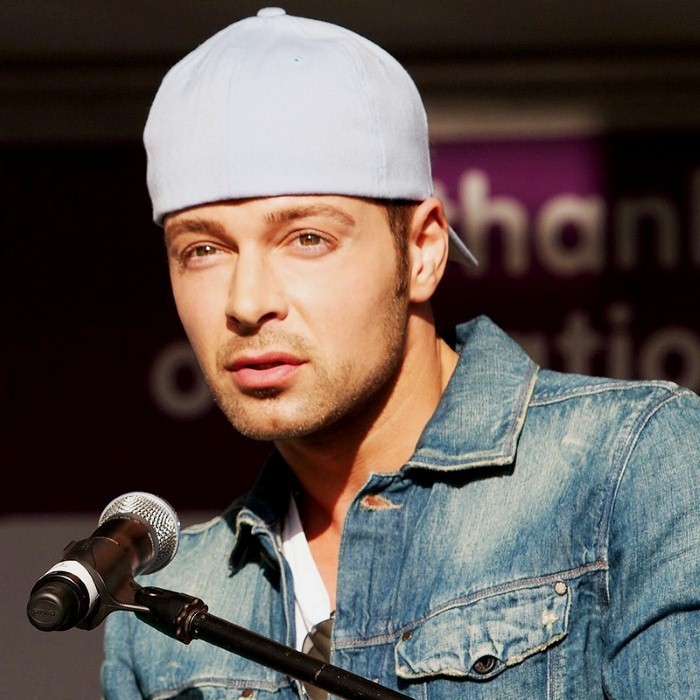 Joseph Lawrence Mignogna Jr. (born April 20, 1976) is an American actor, musician, and game show host. He got his start as a child star in the early 1980s and is best known for his role as Joey Russo in Blossom. Lawrence also starred in the series Brotherly Love with his real-life brothers Matthew and Andrew.
Lawrence has said that music was always his passion, and at the height of his success began a recording career. Lawrence was 16 when his debut album Joey Lawrence was released in February 1993. Produced by Steve Barri, Tony Peluso, Terry Lupton and Ian Prince. Lawrence co-wrote some material, including the international hit single "Nothin' My Love Can't Fix" (#6 Billboard Hot 100 Airplay, #10 Billboard Top 40 Mainstream, #19 Billboard Hot 100, #13 United Kingdom, #68 Australia). The song was used as the end-title theme from the movie Cop and a Half; its music video received heavy airplay on MTV and MuchMusic, and Lawrence was invited to perform live on MTV's Spring Break, The Arsenio Hall Show, and the UK's Top of the Pops in 1993.
In June 2011, he released a single, "Rolled", which was available as a free download for one week on ABC Family's website. In July, Joey released a second single, "Give It To Ya (Acoustic)" via Pledge Music. In 2017 Joey started a band with Matt and Andy called Still 3. They released their debut single "Lose Myself".