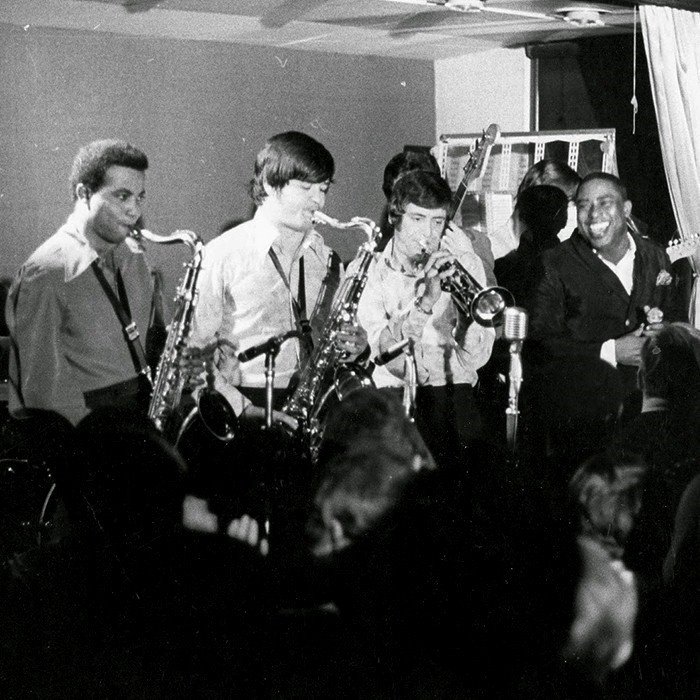 Jimmy James grew up and began performing in Kingston, Jamaica, where he recorded as a solo artist with producers Coxsone Dodd, Clancy Eccles, and Lyndon Pottinger. His most successful release was an early version of "Come To Me Softly", which found local success and persuaded James to give up a job with the Inland Revenue for a music career.
The Vagabonds were originally formed in 1960. James teamed up with them under Canadian band manager Roger Smith and in April 1964, they relocated to the UK. "Ska-Time" (Decca Records) was recorded as Jamaica's Own Vagabonds within two weeks of their arrival, and is one of the first examples of Jamaican ska music to be recorded in the UK. After meeting manager Peter Meaden in 1965, Jimmy James and the Vagabonds supported The Who and Rod Stewart who was with his group The Steampacket at the Marquee Club in London. The band played the Shanklin Pier ballroom on the Isle of Wight in June 1965 and returned for two further sold-out concerts that summer. He and the Vagabonds shared several bills with Jimi Hendrix's band, The Experience, during the late 1960s when they were both trying to establish themselves. "We used to hang out a lot at clubs like the Bag O' Nails, the Cromwellian and Whiskey A Go Go. A great guy, very quiet and unassuming," James recalled. The Vagabonds and the Experience also played the Ricky Tick and Upper Cut clubs in London in December 1966 and January 1967 respectively, and at the Beachcomber Ballroom in Nottingham.
They signed a recording contract with Pye Records and released their best known studio album, The New Religion in 1966. The band also played as support for The Who, and Sonny & Cher, Rod Stewart (who was also on Pye Records at the time), and The Rolling Stones. The band often used the Abbey Road Studios, once being there at the same time as The Beatles were recording. Their live performance was captured in the album, London Swings – Live at the Marquee Club, also featuring The Alan Bown Set. Jimmy James and the Vagabonds were labelmates and rivals of Geno Washington & The Ram Jam Band.
The Vagabonds disbanded in 1970, but James, who owned the name, reformed the band with a new, all white line-up in 1974. They had hits in the UK Singles Chart with " I'll Go Where Your Music Takes Me" and "Now Is The Time". Without James, the Vagabonds recorded an album (Ska-Time) as "Jamaica's Original Vagabonds" which was released in 1970.
Former Vagabonds bass player Alan Wood (1973–77) now runs his own management agency and represents Paul Carrack.
In 1979 a new band, Big Business, was formed by Alan Kirk and Andrew Platts, former Vagabonds and they continue to tour to this day. Big Business toured with Mick Jackson ("Blame It on the Boogie"). Kirk owns Hilltop Studios in Dronfield near Chesterfield. Platts is managing editor of the entertainment paper, Mercury Newspaper in Sheffield.
In 1999, drummer Russ Courtenay co-wrote the track "Whatever You Need", which appeared on Tina Turner's album, 24/7, and later on her All the Best and The Platinum Collection compilation albums. He is currently working on a project entitled 'Rainbow Beach'.
In 2007, James contributed the track "The Other Side of the Street" for Ian Levine's Northern Soul 2007 album.
James regularly performs around the UK with former Foundations frontman, Clem Curtis. The pair, along with Flirtations vocalist Earnestine Pearce have toured with 'The Soul Explosion'. In April 2007, James performed at the 'Classic Gold Weekender' along with Marmalade, Love Affair and Showaddywaddy. In 2013, they toured with James' early hero, Ben E. King.
In February 2014, the song "Whatever You Need", written by drummer Russ Courtenay and Harriet Roberts featured on Tina Turner's album, Love Songs. 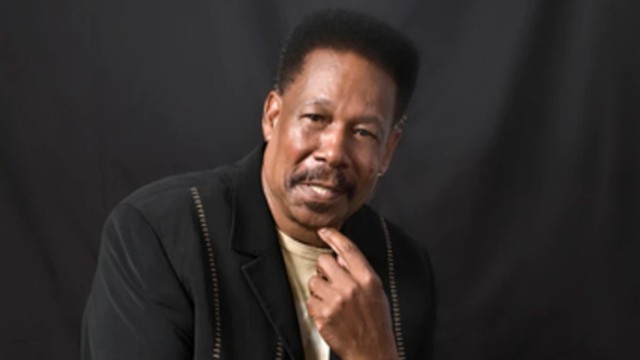