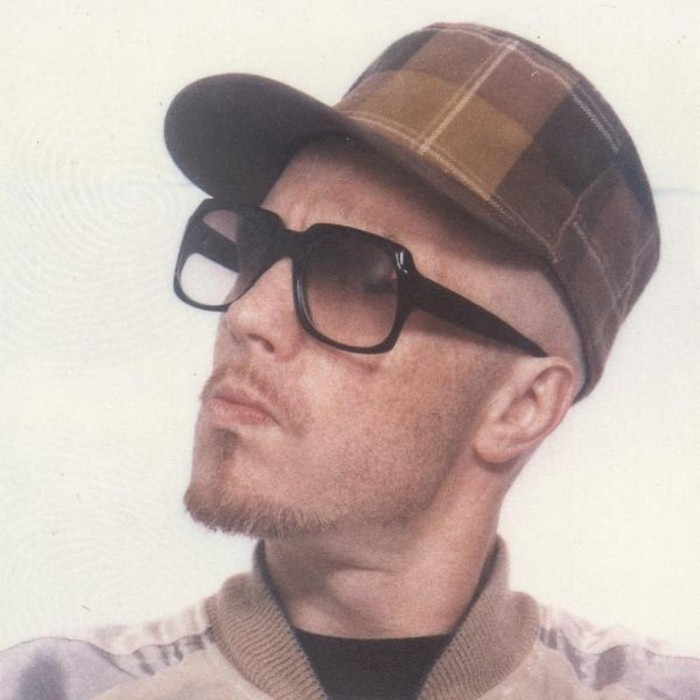 Earl Zinger is a fictional character created by Rob Gallagher, formerly of UK band Galliano. He has released 2 albums combining soul, funk, dub and comedy. Below is the made-up biography from his record label...

Earl Zinger started his career in late forties New York. A well respected crooner of his day, he plied his trade up and down the bars of 52nd Street. He had already been credited with initiating many of the dance steps of the time such as the 'Harlem Stride' or the better known 'Manhattan Rhumba' when he teamed up with various songwriters. Through these liaisons Zinger penned some of the best known ballads of the day. At the same time he was introduced by female singer Verdeen Anderson to a group of young writers. These were names that were later to have a profound effect on the American cultural psyche. Figures such as William Burroughs, Allen Ginsberg and Jack Kerouac all became close friends with Zinger.
In the early sixties he was introduced to a young singer called Robert Zimmerman. Through a deep mutual respect, young Robert trusted Zinger's advice and changed his name to Bob Dylan. This provided Zinger with an opportunity to play keyboard on two of his albums of that time - 'Freewheelin'' & ' The Times They Are a Changin', as well as contributing lyrics to a plethora of his tunes. Collaborations with Motown, Atlantic and Stax artists kept him busy until a trip to Jamaica where he met both nascent and established talent such as Coxsonne Dodd, King Tubby, U-Roy, Big Youth, Peter Tosh, Bunny Wailer, Lee Perry and, later, a young Bob Marley.

Returning from Jamaica, Zinger soon found his writing skills were being put to good use in collaboration with three young writers - Holland Dozier Holland. Although the songwriting threesome became better known in these terms, the Holland Dozier Zinger collaborations are now very rare and indeed rank as some of the most collectable recordings of the time. Unfortunately it is rumoured that a 'friendship' between Zinger and a young lady related to one of the writers spelled an early end to the work.
After fulfilling his contractual obligations for vocal arrangements on new Earth Wind and Fire material (Maurice White had been a fan of Zinger since the early 60's), Zinger worked on arrangements on several Rotary Connection albums and worked with producer legends Richard Rudolph and Charles Stepney. It was Zinger's lush spatial arrangements which in turn were to influence a young writer-producer called Norman Whitfield.
In 1974, Zinger had to travel between Kingston and L.A as his work with Marley, Tosh and Wailer was interspersed with playing on an album of his good friend Shuggy Otis. After an intense period of travel and work, he spent the rest of the year in Jamaica.
Through a next-door neighbour named Brian Jackson, Earl Zinger had become friends in the early seventies with a young fellow poet and writer, Gil Scott Heron. It was through this friendship that Zinger met Tom Waits at a concert in Detroit in mid 1975. After a night that lasted three days, Tom invited the Earl to play on his forthcoming tour.
London in '76 was a city on the verge and Zinger a man with an urge. He was looked up by a young svengali called Malcolm McLaren - he said he needed Zinger's advice as he had a few ideas about a new band that he thought may be interesting. It is said that when discussing this new project, McLaren was unsure which way to go. In reply, Zinger was rumoured to say 'Never mind the bollocks, just do it'. Initially tempted to stay, Zinger had promised his old friend Clive Campbell AKA Kool Herc that he would help organize some block parties back in the Bronx. He had been doing this for the past few years and promised that he would DJ and MC alongside Afrika Bambaata at a Kool Herc jam later that summer. Although rather busy with DJing and MCing Zinger was under considerable pressure to produce The Meters, a band he had long said he would help, as he put it, to "Find the Funk". Once the funk had been duly found, the good Earl moved on with both the praise of Allen Toussaint and the eternal thanks of Zigaboo Modeliste for Zinger's drumming tips.
The early eighties found Zinger increasingly led into the production world. Returning from London where he had been MCing in New Cross with the Shaka Sound System (he also had a cameo appearance in the film 'Babylon'), he began work with an up and coming hip-hop duo called Eric B and Rakim. Through this work, Zinger hooked up with the Ultramagnetic MC's, Stetsasonic and Public Enemy. A combination of funky beats, hype moves and devastating rhymes ensured Zinger's contribution was cemented in the hip-hop firmament.

Much of the Eighties is lost to us and it seems Zinger may have gone increasingly underground. This may have been a deliberate strategy to reclaim some cultural capital after experiencing a rising profile. I have evidence of him working on many albums of the time and it seems he spent much time going under the pseudonym that even I have been unable to uncover. We know he had much to do with A Tribe Called Quest's 'Low End Theory', and also know that he had been hanging out in Ibiza throughout the mid eighties. He comes to light again in the later part of that decade organising free parties and being involved with his friends in the club scenes of New York and London. It is rumoured that he and an associate had put the sound system into a club in New York back in the 70's called 'The Loft' and since then he had been an interested collaborator on that scene. There are also several sightings of Zinger in the DJ booth at the Paradise Garage in the late 70's & early 80's. There's no doubt that he turned a rising DJ - Larry Levan - onto a host records throughout this period. As well as sightings in New York, Zinger was also spotted in Chicago and Detroit during this time. Again, a few faint pictures and references can be found of a mysterious figure who was seen at both The Warehouse & Music Box clubs in Chicago. I have yet to confirm whether this figure is indeed the Earl.
Moving to London in '87, he began to be a regular at both the Shoom and Belvedere clubs. Back in the forties he had been involved in some experiments to do with MDMA, MDA & MDF. It has been suggested that during his parties on the Balearic island of Ibiza it was he that introduced the drug to some English DJs that had started to go to his clubs. Of course this is conjecture and Zinger has always denied the inference that it was he who started the whole modern dance scene. It has been confirmed however that Zinger introduced Paul Oakenfold to the Happy Mondays and also he, under a myriad of different DJ names, who played to hundreds of thousands between the years 87 to 92. As already mentioned, Zinger had been sighted in Detroit in the mid-late 80's. A collaboration brought about through a mutual back specialist had seen Zinger once again writing with the early techno innovators. Although at one time credited with writing 'Strings Of Life', once again, I have not been able to confirm this. Derrick May refuses to comment on the story.
During the late eighties and nineties Zinger had been reported to be hanging around with the DJ Gilles Peterson. The last known sightings have been around England & Europe MCing on Gilles' worldwide tour. However, due to his involvement in the highly influential RED EGYPTIAN project, this seems unlikely. A radio documentary produced by the well known radio producer Benjamin Benstead entitled 'Zinger - The Life And Times' seems set for next year. A film documentary is also planned.
And so the story of Earl Zinger, as much as I have been able to uncover, is thus. Read more on Last.fm. 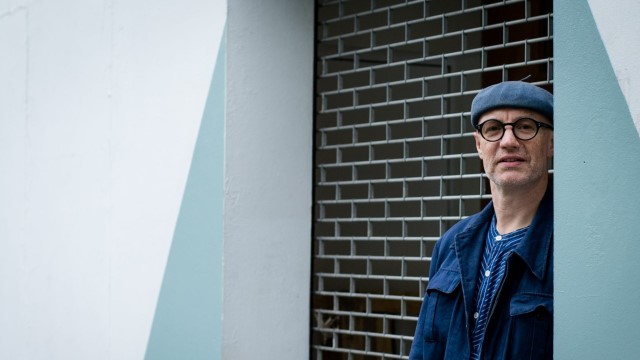 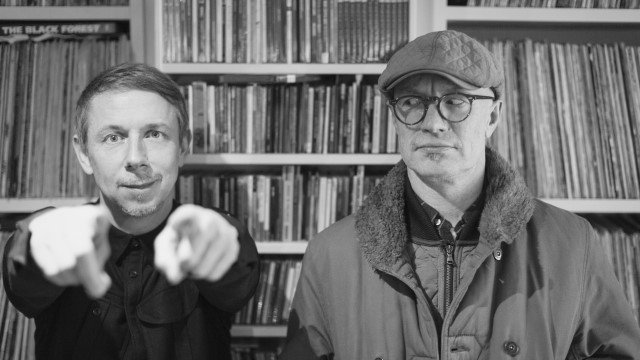 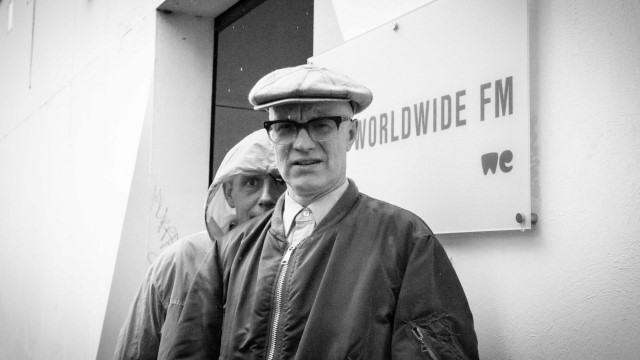