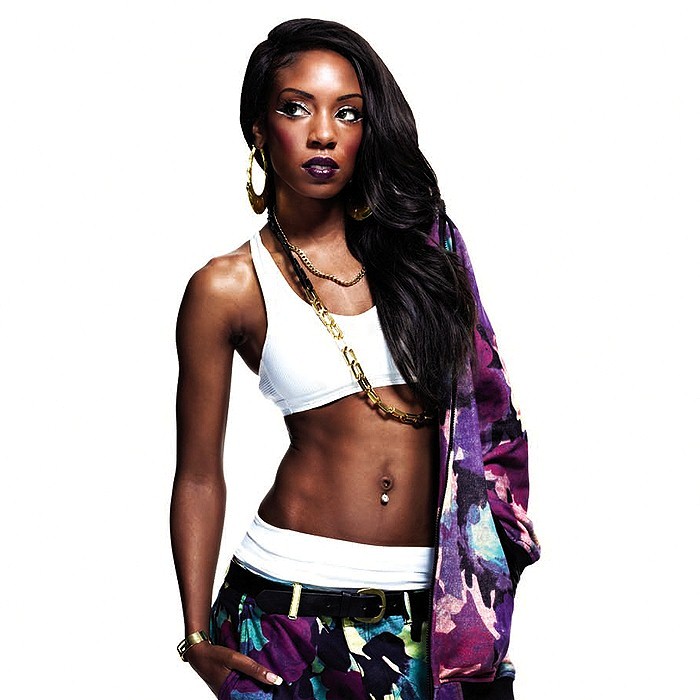 EJ is a female pop/urban singer based in London currently signed to Epic Records, Sony.
Born Edwina Johnson in Stockholm, Sweden in the late 1980s, born to an Afro-Cuban father and Barbadian mother. EJ attributes her musical genealogy to her father, a guitarist. 'But music has been in me since day one,' she adds. EJ talks about the effects of music in her life growing up in Sweden, while she says it was very sheltered up bringing she was exposed to a rich multicultural music scene.
At the age of 12 EJ and her mother moved to London, where the vast cultural differences had a positive impact upon EJ and her musical career, although EJ does not attribute London as opening up any more doors for her career, but she says the city allowed her to develop her music in a unique way.
Los Angeles, Atlanta and London have been the base for much of EJ's professional music career and the influences can be heard in her music, which she describes when talking about her song 'Bangers and Mash', "…it's an ATL beat that has really English lyrics to it, it's a very crunk/hip hop beat."
In contrast EJ's first single, 'Mama I'm Gonna Sing,' was influenced through her experience of gospel music as well as early hip hop and pop experiences, "My Grandmother took me to church every Sunday and her house was always swarming with us grandchildren," EJ says, "I had the mix of church singing and then coming back to her house to see my cousins breakdancing and listening to Michael Jackson and Neneh Cherry."
EJ's music has received an impressive reception, where her debut single 'Mama, I'm Gonna Sing' has enjoyed airplay on BBC 1Xtra, Kiss and BBC Radio 1. The single has also been remixed by the likes of Jamie Jones, Savage Skulls and Pete Tong.
She has also begun playing many shows in and around London; such has Yoyo in Notting Hill Arts Club alongside artists such as Lily Mckenzie.