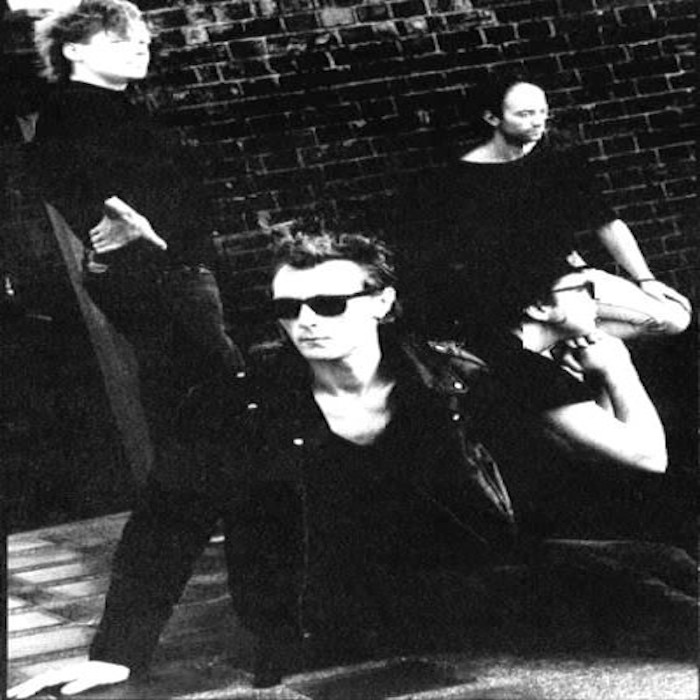 Red Lorry Yellow Lorry (commonly referred to simply as "The Lorries") is a post-punk band formed by guitarist/songwriter Chris Reed and vocalist Mark Sweeney, along with bassist Steve Smith and drummer Mick Brown (who would later join The Mission). Sweeney left the band in late 1981 and Reed permanently took over as vocalist, with Martin Fagan joining as a second guitarist. The group's sound, featuring a numbing guitar drone, powerfully throbbing drums, and Reed's cavernous vocal tones, caused the Lorries (as their fans came to call them) to be quickly lumped into the then-developing gothic rock scene by pop journalists, although the band themselves preferred to cite Killing Joke and Wire as influences.
The use of a drum machine seems to have been a determining feature of bands coming out of Leeds, England (the Sisters of Mercy and The Three Johns are other examples).

In 1982, independent record label Red Rhino signed the band based on the strength of some of the group's demos. Their first single "Beating My Head" made a strong appearance on the influential New Musical Express (NME) independent record chart. Fagan and Smith soon departed the band, to be replaced by Dave Wolfenden and Paul Southern respectively. In 1983 and 1984, several more singles would be released by the band (including "He's Read" and "Monkeys On Juice"). In 1985, the band's debut album, Talk About The Weather, was released and reached #1 on the NME indie rock chart. The album received generally positive reviews and sold extremely well for a small label offering. The single "Hollow Eyes" obtained good sales as well, as did follow-up non-LP singles "Chance" and "Spinning Round", the latter of which is generally felt to be the Lorries's strongest song.

The band released one more album on Red Rhino (Paint Your Wagon) in 1986, a single ("Cut Down") and a four track EP ("Crawling Mantra", released as by The Lorries), before signing to Situation Two, an off-shoot of major label Beggars Banquet Records. Two albums followed, 1988's Nothing Wrong and 1989's Blow. These albums proved to be a slight change in direction for the band. The songs here were a little slower, with stronger, more conventional melodies sweetened by occasional female backing vocals. Reed's lyrics were less downbeat, almost optimistic. Overall, Blow is a warmer album than the band's previous, somewhat dour offerings; the Lorries pretty much left their specious gothic rock trappings behind for good. Neither one of the Beggars Banquet albums appeared on any mainstream pop charts. Singles, including "Only Dreaming (Wide Awake)" and "Open Up" (which upon its release was chosen by NME as the magazine’s Single of the Week), also failed to chart, and the band was subsequently dropped by the label. In 1991, the band released Blasting Off on the tiny Sparkhead label. Despite the relative strength of the song "Talking Back" (released as a single prior to the LP), the album was considered a major disappointment by fans and sold poorly. Reed broke up what was left of the band at that point.

In 2004, Reed revived the band and released four new songs on their website and then toured Europe and a DVD, "Thunder in the Black Cave" soon followed. The band recently announced they will tour again in 2009.