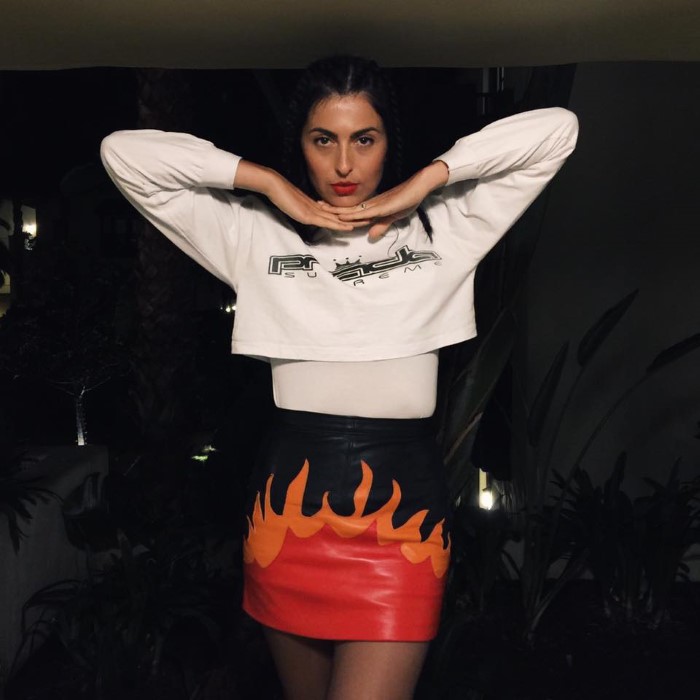 Since 2006, Anna Lunoe has been leaving a trail of exhausted and ecstatic crowds wherever she goes. Clubs throughout Australia have become her weekend playground, she’s a festival favorite with multiple appearances at Big Day Out, Splendour in the Grass, Parklife, Field Day, Falls Festival & more, steadily moving closer to the top of bill with each passing year. When artists like Diplo, Daft Punk, Switch, Calvin Harris, A-Trak or Soulwax come to town it’s more than likely Anna’s on support, throwing down a set that has the crowds and the main act talking for days.

Despite having dominated down under for the most part she is no stranger to touring, having racked up a mountain of flyer miles playing world renowned parties throughout Asia, Europe and the U.S. Flashing lights in NYC, Mad Decent & Dim Mak joints in LA, Raves in Kansas City, and all the way across the Atlantic at Ed Banger soirees in Paris, Vice shows through the UK, Razzamatazz in Spain, and Rust in Copenhagen to name a few. In 2009, Ministry of Sound approached her with the prestigious offer of being the first female to curate one of their mixes, and the resulting CD [Clubbers Guide to 2010, mixed alongside Axwell & Hook N Sling] went gold in the snap of a glowstick.

Her reach does not stop in club land. When international brands like Chanel, Fendi, Prada, Louis Vuiton and Hugo Boss need music direction for their shows, whether in London, New York, Paris or Sydney, Anna can be found behind the decks looking as graceful as the models on the catwalk.

So far in 2011, Anna performed across Australia on the Big Day Out tour, completed a month long USA club tour, wowed Japan for MTV, Dj’d (and hosted!) Parklife main stage, mixed her 3rd Ministry of Sound Compilation followed by a national tour, was chosen as the Australian ambassador Smirnoff, returned to Splendour In The Grass [with her all-girl DJ crew Hoops] plus made huge leaps further into the production world.

Her first original production, a disco-inspired collaboration with Wax Motif called ‘Love Ting’ reached #12 on the national independent radio charts, getting radio play all over the world, with Chuckie championing it on BBC Radio 1. Her second, a dark banger ‘Voodoo’ (produced alongside LA’s Them Jeans) features her on vocals, and is on her new Ministry compilation. It’s a very exciting sign of things to come for Anna’s production, with some massive releases on the horizon.

Since getting her start on radio over 5 years ago, Anna has gone on to influence numerous fledgling DJs and steer clubbers towards breaking genres in the world of bassline & bashment sounds. At the end of 2010, Sydney magazine named her in their 100 most influencial people list, and she continues to host her popular radio slot on Tastemaker radio station FBi 94.5 each week. Now she is taking on the world- and with heavyweights like Brodinski, Switch, Calvin Harris and Axwell turning up at her shows, its safe to say Anna Lunoe is the little Aussie girl that could, winning over the big boys one spin back at a time.