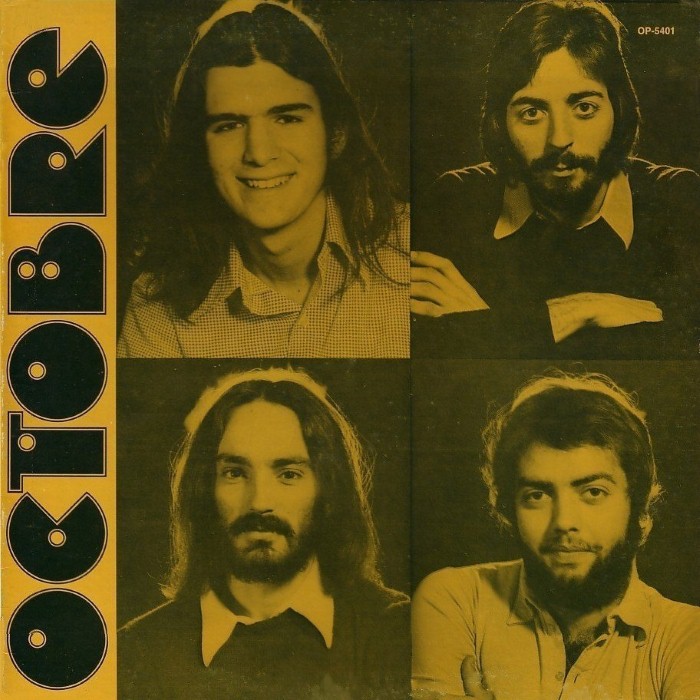 The band name Octobre refers to more than one artist. The two main bands are:

2. Octobre is a 70's Prog rock from Quebec with singer and keyboardist Pierre Flynn. The group released 5 studio albums until they disband in 1982. Despite not being a band anymore, they reunite on occasions.
More info [In french]: Wikipedia

Other artists with the same name:
3. Octobre is an OI!/Metal band with Folk influences from Québec. The band focus mostly on Québec Independence and Québécois Identity/history, as well as Celtic Paganism. The name ''Octobre'' was inspired by the FLQ crisis of October 1970 in Québec.

4. Octobre is also the pseudonym of a young, talented songwriter and musician, Michaël D., living in Toulouse (France). Octobre has recorded 2 albums to date, "Komakino" and "When We Were Crowds of Thousands".