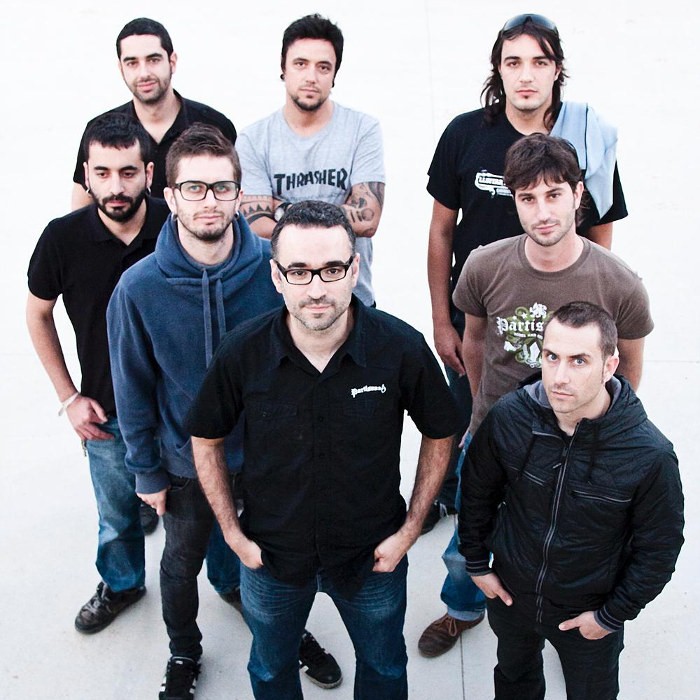 Obrint Pas (Catalan expression for "breaking through") is a music band from Valencia, Valencian Country. Their music is a mixture of rock, ska and reggae with dolçaina rythms, a traditional Valencian instrument. Their lyrics claim the independence for the Catalan Countries and support Catalan culture.

Obrint Pas was formed in 1993, and one year later, in 1994, they recorded their first tape which took them to win the 3rd "Tirant de Rock" (a rock festival). During the following years, the band also took part in several festivals that helped them to consolidate their music. Band members are: Xavi Sarrià (Guitar & vocals), Josep Pitarch, (Bass), Miquel Gironès (Dolçaina), Marc Guardiola (Drums), Robert Fernández (Guitar), Miquel Ramos ( Vocals & Keyboards).

Their first album came out in 1997 with the title La revolta de l'anima (The Soul's Revolution). Three years later, came Obrint Pas (2000), their first album with the record label Propaganda pel Fet. The consolidation of the group came with Terra(Land) in 2003, trying new styles. A year later, in 2004, they recorded La Flama (The Flame), which launched them onto the international scene with gigs in countries like Germany, Switzerland, The Netherlands, Morocco and The Western Sahara.

Their last work En Moviment (Moving)(2005) is a live album with many collaborations such as Alex from Inadaptats, Fermin Muguruza, Al Tall... It was recorded in a tributing gig to Ovidi Montllor in Valencia ten years after his death. This work reached the TOP 20 bestseller albums in Spain (The only group singing in Catalan).