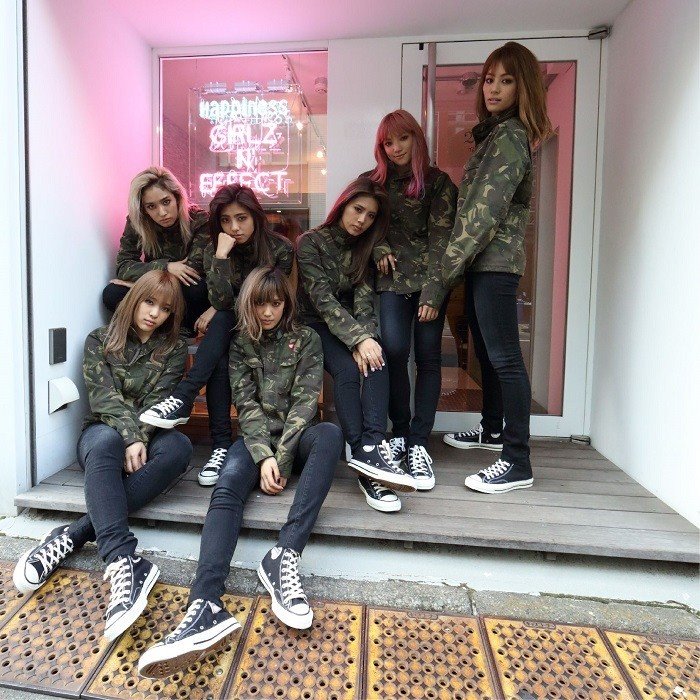 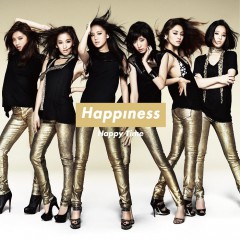 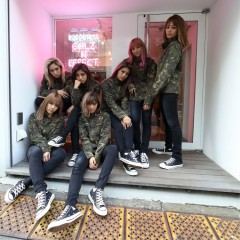 Happiness is a Japanese pop girl group formed by LDH in 2008 and signed to Rhythm Zone. They are a dance and vocal unit of collective girl group E-girls alongside Dream and Flower. The group consists of two vocalists and five performers.

History
Pre-debut and indie debut
Happiness first appeared during Exile's 2008 Live Tour as backup dancers, at the time being a five-member unit consisting of Miyuu, Mimu, Karen, Sayaka, and Kaede. Yurino was then added to the group after an LDH Audition in 2009 before the group was set to debut as a group. They released their debut DVD single, "Happy Talk", on October 21, 2009. It was also used as the theme song for Japanese brand Mister Donuts.

2009-2014: Major label and E-girls formation
Mayu Sugieda was added to the group and announced on December 25, 2009, before the group made their major debut on February 9, 2011 with the release of their first major label single, "Kiss Me". They went on to release several more singles throughout 2011. Mimu was absent from the group's promotions after going on hiatus in December 2011, including their single "We Can Fly", before leaving the group in October 2012, citing she wanted to focus on her studies.

In November 2011, Happiness was confirmed to be joining sister groups Dream and Flower in the collective group E-girls. Member Mayu also went on a hiatus in August 2012 to undergo medical treatment after being diagnosed with infectious mononucleosis.

E-girls members Anna Suda and Ruri Kawamoto joined the group in May 2013 as a dancer and vocalist respectively, and the group released their fifth single, "Sunshine Dream: Ichido Kiri no Natsu".

Miyuu was announced as the new leader of the group, replacing Mimu on January 30, 2014. Mayu Sugieda, after months of hiatus, left both Happiness and E-girls on April 7, 2014. Happiness continued to promote with E-girls, releasing their sixth single, "Juicy Love", on May 28, 2014 and their seventh single, "Seek A Light", on November 19, 2014, between E-girls singles.

On February 3 2016, Happiness released their new single, "Sexy Young Beautiful". The release is a unique one meant to display the group’s singing, rapping, and dancing ability. The covers for the single were designed by NIGO, of A Bathing Ape fame.