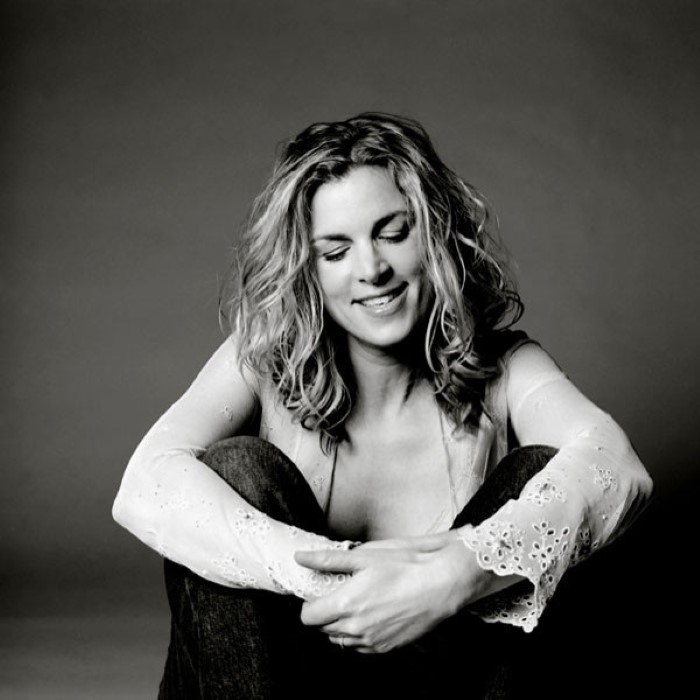 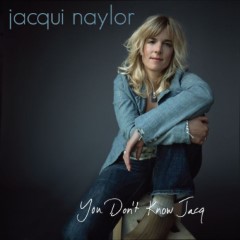 JACQUI NAYLOR can only be described as... supremely versatile. This San Francisco- based vocalist and songwriter has launched her fifth CD, The Color Five, which shines through jazz, pop, and rock while adding touches of gospel, folk, blues, and even a little humor into the mix.

'JazzTimes' calls Jacqui Naylor "an incomparable triple threat, serving up classic covers with the best of them, delivering top drawer originals and inspiring with the musical marriage she calls acoustic smashing." Indeed this San Francisco-based vocalist may be best known for her technique of singing a jazz standard over a rock classic or vice versa, yet she has been equally praised for her original music and sensitive treatment of jazz ballads. She released her fifth recording, The Color Five, in 2007 in the United States, Europe and Japan and tours regularly. This is her debut appearance at Unterfahrt where she promises a groove-infused evening of jazz and rock.

With The Color Five, Naylor has created an eclectic yet seamless recording of five originals, five covers, and five of her trademark "acoustic smashes." Acoustic smashing is a technique invented by Naylor, and is the singing of a rock tune over a jazz standard or vice versa. "There is true genius at work here," claims legendary DJ Ken Dashow from New York's only classic rock station, Q-104. For example, Naylor sings the American Songbook classic "Summertime" over the music from The Allman Brothers' southern rock classic "Whipping Post." Another surprising "acoustic smash" on the new album is U2's "I Still Haven't Found What I'm Looking For" sung over Miles Davis' "All Blues."

"I wanted to blend genre in the interest of storytelling and bring out all of who I am and who we are as a band," said Naylor. Her quintet includes Jacqui on vocals; co-writer and co-producer Art Khu on piano and guitar; Jon Evans on bass, Josh Jones on drums, and Yoon Ki Chai on violin. Working with this group was a thrill for Naylor; she added, "We had a blast making this recording!"

The Color Five follows Naylor's four previous releases. She received critical acclaim for her self-titled debut CD in 1999 and for her follow-up CD in 2001 entitled Live at the Plush Room. Her 2003 release, Shelter prompted Vogue en Espanol to call her "the new voice of jazz and pop" and JazzTimes deemed her "the next-big thing with originals that are Joni Mitchell good."

Her breakthrough fourth release, a double-live CD entitled Live East/West, was released in 2005, and includes original works, jazz standards, and the debut of "acoustic smashes." One of the smashes featured on that album featured "My Funny Valentine" sung over AC/DC's "Back in Black," a crowd favorite at Naylor's live shows.

The Color Five is just the next step on Jacqui's successful path, one that has taken many twists and turns along the way. Raised in Saratoga, CA, Naylor first became interested in music through her parents' collection of antique automated instruments and vintage jazz recordings. While learning songs from mechanical drums, music boxes, and player pianos of the 1930s, she didn't realize her tastes were not exactly contemporary. Jacqui explains, "I didn't think this was old music, just what I liked and listened to."

Although she sang in musicals and talent shows during high school, Jacqui put her desire to perform aside and pursued a traditional college degree in marketing at San Francisco State University. But after listening to a recording of Sarah Vaughan singing Gershwin in a music appreciation class, she recognized that music was indeed her true passion. In 1991 she began studying with renowned San Francisco vocal coach Faith Winthrop, and continued to do so for the next four years.

Simultaneously, Jacqui worked full-time as the director of marketing for clothing designer Lat Naylor. She spent her spare time honing her vocal skills through lessons and by singing as a soloist with the Sacred Heart Gospel Choir. She also trained with Shirley Calloway (Anne Hampton Calloway's mother). In 1997 Jacqui returned to San Francisco with one thing on her mind: to make singing her full-time career.

It didn't take long for jazz community to embrace Jacqui Naylor. Phil Elwood of the San Francisco Examiner described her distinct sound, which reminisces the bygone days of jazz greats, as "Billie Holiday's inflections and a touch of June Christy." But Jacqui's gospel-influence is just as recognizable, especially in jazz interpretations of her own generation's music and her originals. It's this combination of past, present, and future that explains her ability to attract old-time aficionados, new jazz enthusiasts, and fans of modern adult pop music. As Cabaret Magazine puts it, "She can make you sway gently with a blues-flavored melody, heat up a room with a strong R&B sound and then cool it right down with a smoothness that slides gently into your ear."