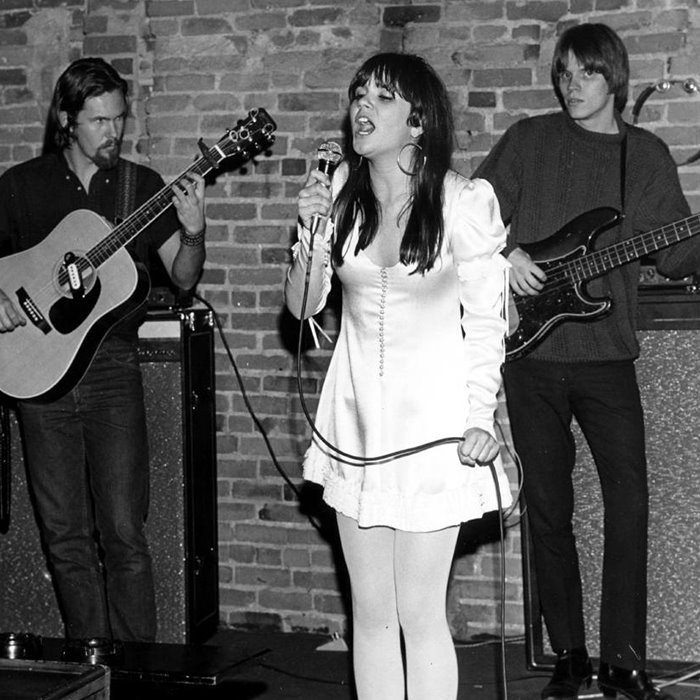 The Stone Poneys - Just a Little Bit of Rain

The first album, The Stone Poneys, was released on January 30, 1967. It failed to chart. The band's debut single, 'Sweet Summer Blue & Gold', also neglected to attract any national attention. Capitol kept the group active with steady live dates, building a gradual following on the club circuit.

The Stone Poneys are best known for a song on their second - and only charting - album, Evergreen Volume Two (released in June of 1967), that they did not write: Mike Nesmith's "Different Drum." Their version is similar to John Herald's vocal with the Greenbriar Boys. It hit the national trade magazines (Cash Box, Billboard, Record World) and stayed on the Top 100 charts into March. It peaked at #12 in Cash Box and reached #13 in Billboard. (It hit #1 in the Los Angeles market and #6 in Detroit.) Ronstadt was surprised when it became a major hit because she was dissatisfied with its arrangement(s).

Capitol chose the Country-tinged 'Up To My Neck In High Muddy Water' for the follow-up single to 'Different Drum'. It topped off at #93 in Billboard, without making the Cash Box or Record World listings. It was included on the Poneys' final disc.

Their third album was titled Linda Ronstadt - Stone Poneys & Friends - Volume Three (released in April of 1968), and only Linda's image was featured on the cover. It included another Nesmith-penned single, "Some of Shelly's Blues," which never charted. It also featured the Laura Nyro song, "Stoney End," which turned out to have been aptly named (although the song was not written for The Stone Poneys). By then, everyone who had heard "Different Drum" knew who Linda Ronstadt was, and she was off to a phenomenal solo career.