Put broadly, American Aquarium is an indie rock band with a country flair. Whether you call it alternative country, twang-core, or garage folk, one thing is for certain: these guys love to play loud music. When people are confronted with the electric twang of a three-guitar assault (two electrics and one acoustic), they are taken aback. At first glance, the shaggy hair and thrift shop stylings might typecast this group as just another garage band making noise, but when a twangy southern howl blasts over the six-piece band, stereotypes go out the window.

Comprised of a neo-folk everyman, a guitarist who thinks it's 1975, a veteran hardcore drummer, a hard rock bassist, a beatnik with a viola and a true soul-man on keys, American Aquarium as a whole breaks down all boundaries of what a band should sound like. A majority of people, including some band members themselves, don't know what genre of music this stuff fits into. Wouldn't the southern vocals make it a country band? Well, would a country band have a double kick drum?

These six musicians have set out to make original rock music that can be enjoyed by as many different people as possible. Chugging guitar riffs and catchy hooks make these songs easy to rock out to or sing along with. It is impossible to pigeonhole American Aquarium into one style of playing. They may play a thunderous rock song that has the crowd moving with every chord of the guitar, then silence the same crowd with a five minute piano ballad. The band's live show is where they take the most pride, and as such have built a large fan base in their hometown of Raleigh, NC. Regularly drawing a few hundred to every show, American Aquarium loves to keep the crowd guessing. Be it two songs or two hours, this band just generally loves to play music. Their array of musical taste has not only allowed them to bring something to the table for everyone, but for everyone to leave satisfied. Read more on Last.fm. 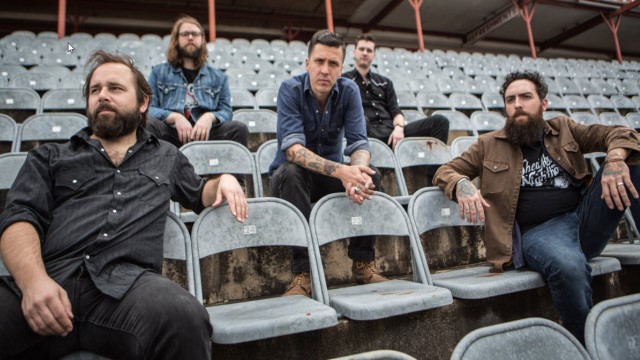