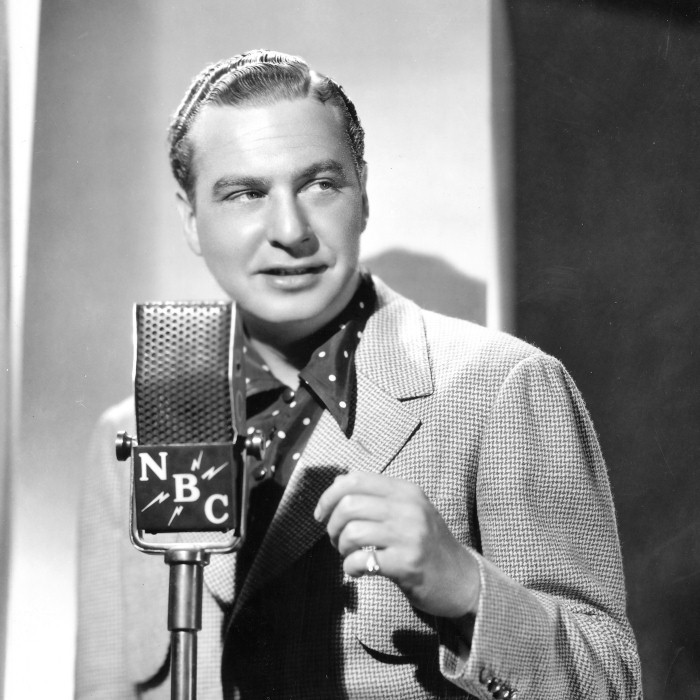 Wonga Philip Harris (June 24, 1904 – August 11, 1995) was an American comedian, actor, singer, and jazz musician. He was an orchestra leader and a pioneer in radio situation comedy, first with Jack Benny, then in a series in which he co-starred with his wife, singer-actress Alice Faye, for eight years. Harris is also noted for his voice acting in animated films. He played Baloo the bear in The Jungle Book (1967), Thomas O'Malley in The Aristocats (1970), and Little John in Robin Hood (1973). In 1981, he sang "Back Home Again in Indiana" before the Indianapolis 500.

Bandleader
Harris was born in Linton, Indiana, but grew up in Nashville, Tennessee, and identified himself as a Southerner. His hallmark song was "That's What I Like About the South". He had a trace of a Southern accent and in later years made self-deprecating jokes over the air about his heritage. His parents were circus performers. His father, a tent bandleader, gave him his first job as a drummer with the circus's band.

Harris began his music career as a drummer in San Francisco, forming an orchestra with Carol Lofner in the latter 1920s and starting a long engagement at the St. Francis Hotel. The partnership ended by 1932, and Harris led a band in Los Angeles for which he was the singer and bandleader. During the mid-1920s, he played drums in the Henry Halstead Big Band Orchestra. In the 1930s, Lofner-Harris recorded swing music for Victor, Columbia, Decca, and Vocalion.

On September 2, 1927, he married actress Marcia Ralston in Sydney, Australia; they had met when he played a concert date. The couple adopted a son, Phil Harris Jr. (born 1935). Harris and Marcia divorced in September 1940.


Harris in The High and the Mighty
In 1933, he made a short film for RKO called So This Is Harris!, which won an Academy Award for best live action short subject. He followed with a feature-length film, Melody Cruise. Both films were created by the same team that produced Flying Down to Rio, which started the careers of Fred Astaire and Ginger Rogers. He also starred in I Love a Bandleader (1945) with Leslie Brooks. Here he played a house painter who gets amnesia, then starts to lead a band. He recorded Woodman, Spare That Tree (by George Pope Morris, Henry Russell) in 1947. His nickname was "Old Curly". Additionally, he appeared in The Wild Blue Yonder a.k.a. "Thunder Across the Pacific" (1951), alongside Forrest Tucker and Walter Brennan. He made a cameo appearance in the Warner Bros. musical, Starlift, with Janice Rule and Dick Wesson, and was featured in The High and the Mighty with John Wayne in 1954.

Harris, Faye, and their two daughters, Alice and Phyllis, in 1948
In 1936, Harris became musical director of The Jell-O Show Starring Jack Benny (later renamed The Jack Benny Program), singing and leading his band, with Mahlon Merrick writing much of the show's music. When he showed a knack for giving snappy one-liners, he joined the cast, portraying himself as a hip, hard-drinking Southerner whose good nature overcame his ego. He gave the others nicknames, such as "Jackson" for Jack Benny. Addressing a man as "Jackson" or "Mr. Jackson" was popular slang in the late 1930s and early 1940s. His signature song was "That's What I Like About the South". Many of his vocal recordings were comic novelty "talking blues", similar to songs of Bert Williams, who is sometimes considered a precursor to rap. In 1946, Harris and wife Alice Faye began co-hosting The Fitch Bandwagon, a comedy-variety program that followed the Jack Benny show on Sunday nights.

Harris and Faye married in 1941; it was a second marriage for both (Faye had been married briefly to singer-actor Tony Martin) and lasted 54 years, until Harris's death. Harris engaged in a fistfight at the Trocadero nightclub in 1938 with RKO studio mogul Bob Stevens; the cause was reported to be over Faye after Stevens and Faye had ended a romantic relationship.

In 1942, Harris and his band enlisted in the U.S. Navy, and they served until the end of World War II. By 1946, Faye had all but ended her film career. She drove off the 20th Century Fox parking lot after studio czar Darryl F. Zanuck reputedly edited her scenes out of Fallen Angel (1945) to pump up his protege Linda Darnell.

The Fitch Bandwagon started as a showcase for big bands, including Harris's, but then it became a situation comedy, The Phil Harris-Alice Faye Show. Harris played a vain, stumbling husband, while Faye played his sarcastic but loving wife. Gerald Nachman has written that Harris was a soft-spoken, modest man off the air. In On the Air: The Encyclopedia of Old-Time Radio John Dunning wrote that Harris's character made the show popular. The Phil Harris-Alice Faye Show appeared until 1954. Harris continued to appear on Jack Benny's show from 1948 to 1952.

After radio
A Democrat, he supported the campaign of Adlai Stevenson during the 1952 presidential election.

In 1956, Harris appeared in the film Good-bye, My Lady. He made numerous guest appearances on 1960s and 1970s television series, including The Steve Allen Show, the Kraft Music Hall, Burke's Law, F Troop, The Dean Martin Show, The Hollywood Palace, and other musical variety programs. He appeared on The American Sportsman which took celebrities on hunting and fishing trips around the world.

Songs by Harris include the early 1950s novelty song, "The Thing". The song describes the hapless finder of a box with a mysterious secret and his efforts to rid himself of it. Harris also spent time in the 1970s and early 1980s leading a band that appeared often in Las Vegas, often on the same bill with bandleader Harry James.

Harris was a close friend and associate of Bing Crosby and appeared in an episode of ABC's short-lived sitcom The Bing Crosby Show. After Crosby died in 1977, Harris replaced him as commentator for the annual Bing Crosby Pro-Am Golf Tournament.

Harris worked as a voice actor for the animated films Robin Hood (1973) and The Aristocats (1970). He provided the voice of Baloo the bear in The Jungle Book (1967). He reprised his role in 1989 for the cartoon series TaleSpin, but after a few recording sessions he was replaced by Ed Gilbert. His final film role was in Rock-a-Doodle (1991).

Awards and honors
Harris was a resident and benefactor of Palm Springs, California, where Bing Crosby lived. Harris was also a benefactor of his birthplace of Linton, Indiana, establishing scholarships in his honor for promising high school students, performing at the high school, and hosting a celebrity golf tournament in his honor every year. Harris and Faye donated most of their show business memorabilia and papers to Linton's public library. Harris was inducted into the Indiana Hall of Fame.

In 1994, a Golden Palm Star on the Palm Springs Walk of Stars was dedicated to him.