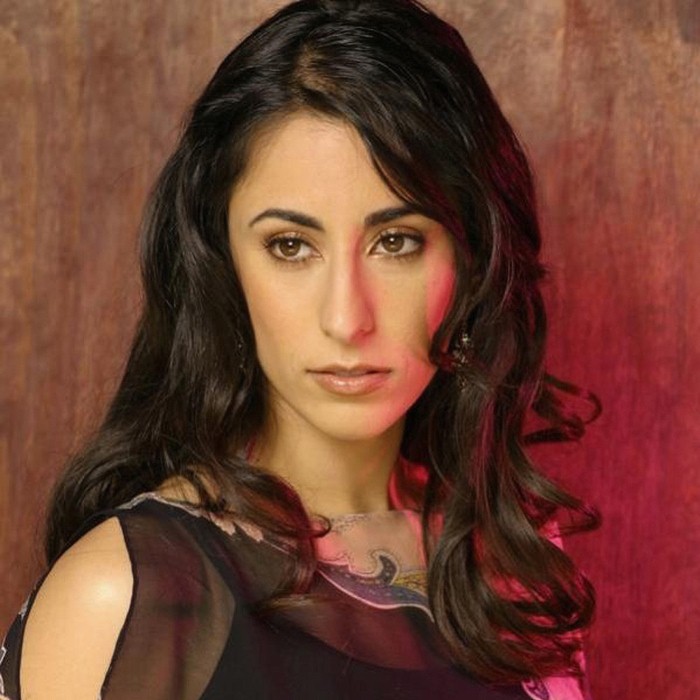 Singer/songwriter and pianist, Adrina Thorpe, is a refreshing sound in adult alternative pop. Her style reflects the softer side of music, with a haunting voice and a delicate touch at the piano.

Adrina has been writing songs almost as long as she can remember. Her first song was written on a rainy car ride home when she was six. "All I can remember is looking through the foggy streaked window at little bursts of light outside in the pitch black sky, hearing the sound of the car's engine, and coming up with a song that brought me to tears that night. It was a song about a friend of mine who left our school without ever saying goodbye." From that day on, Adrina's love of the more introspective melancholy song was established, as Adrina's list of favorite artists goes to show... Adrina has been inspired by artists on all ends of the musical spectrum, including Sarah McLachlan (Adrina's all time favorite artist), Coldplay, Five for Fighting, Tori Amos, Paula Cole, Dido and Chantal Kreviazuk. However her sound still retains its uniqueness. This may quite possibly be attributed to the fact that during Adrina's formative years she was completely immersed in classical music and musical theater.

Sometimes beauty must emerge from ashes and that is, metaphorically speaking, how Adrina's musical career began. Adrina's father, a stunning classical pianist, died tragically young due to an unexpected heart attack at the age of thirty-four... three weeks after Adrina was born. After his death, Adrina's mother sentimentally decided that Adrina must learn to play piano. Throughout the years, Adrina went on to learn piece after classical piece, winning competitions statewide for performance. But it was the love of writing that held Adrina's soul. Often, Adrina would slip into the front room of the house and play her emotions out on the piano to the simple moonlight falling on the piano keys through the vaulted windows.

It wasn't immediately that Adrina felt confident to venture into the world of music, however, as pursuing music seemed akin to being narcissistic, overly selfish and utterly unrealistic, so Adrina did not allow herself the luxury. But with a degree in a "realistic" major and after a few brief attempts at "real jobs", Adrina realized that they truly didn't satisfy the craving to create... as she was writing songs to and from work and feeling very stifled while attempting to be "responsible".

And so Adrina dove into the role she so desired and feared, and decided to pursue her writing and singing full time. Living out of an apartment the size of a shoebox and playing open mic nights was a meager start, but then the pieces began to fall into place. In a songwriting workshop, one of the attendees asked the instructor "What about Adrina?" and that question launched Adrina's first independent album release. The instructor, producer and Dreamworks writer (who has had cuts with Lee Ann Womack and more), Phil Swann, ended up calling Adrina up a week later saying "You HAVE to make an album. Whether it's with me or with someone else, you HAVE to make an album." Teaming up with Phil Swann and another talented Dreamworks producer, Dave Bassett (who has worked with Lisa Loeb, Evan and Jaron, and even toured during Lilith Fair), Adrina began recording her first album, "elusive". Read more on Last.fm.