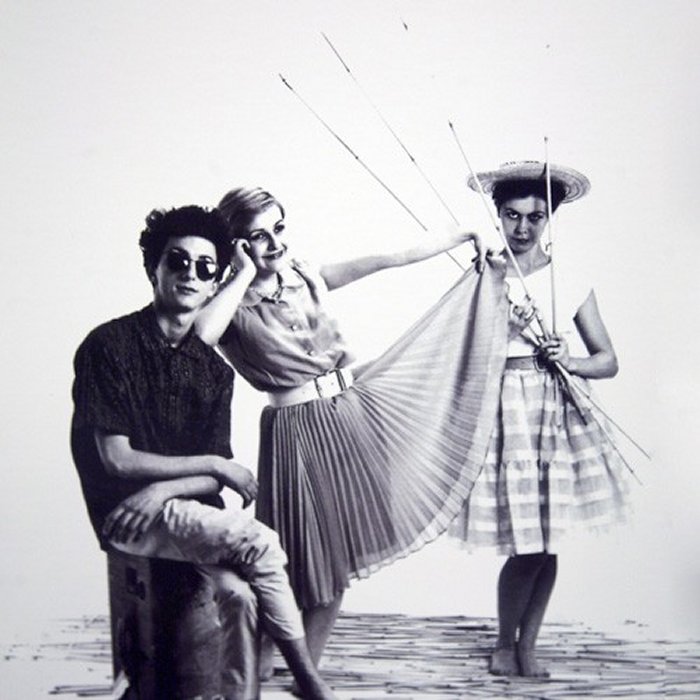 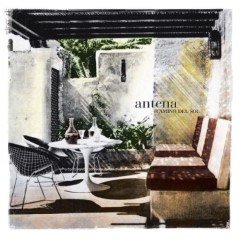 Isabelle Antena is a pioneer of bossa nova and samba-inflected nu jazz and electropop. She was a founding member of 1980s French-Belgian synthpop trio Antena, and in the 1990s led another group, the Powaga Sisters, for three albums between 1993-2004. Alongside these projects she maintained a solo music career, selling over a million albums and earning musical acclaim across the globe. As a solo artist Isabelle Antena has found particular success in Japan and the Far East.
Originally Antena were a trio, discovering a sound all of their own on Camino del Sol, combining minimal electro, pop and samba styles. Thanks to producer Martin Hayles, in the summer of 1984 Antena signed a deal with Phonogram, who took a shot at the UK singles chart with "Be Pop". At the same time Isabelle moved to London. The second single, "Life Is Too Short", appeared in November, but did not bring mainstream success and so Isabelle returned to Les Disques du Crepuscule and a solo career. A new single, "Seaside Week End", appeared at the beginning of 1986, closely followed by the album En Cavale. Released early the following year, Hoping for Love saw Isabelle step left of the dance-floor, and expand her Latin, funk and samba palette to include jazz and acoustic stylings.
Hoping For Love took Isabelle to Japan for the first time, where in 1987 she was voted best international female singer at the prestigious Tokyo Music Festival. Her subsequent performance at the Tokyo Dome between spots by Earth, Wind & Fire and Kool & the Gang remains a career highlight. Isabelle quickly consolidated this success with her third solo album On a Warm Summer Night. In Europe this was released as Tous Mes Caprices, and promoted with a Belgian tour supporting Vaya Con Dios, whose bass player Dirk Schoufs would go on to collaborate with Isabelle as a writer and musician, and become her second husband. Always a prolific writer, Isabelle went on to write and record De l'Amour et des Hommes (1988) and Jouez le Cinq (1989) - the latter being re-issued only months later as Intemporelle (1990) - performing live across Europe as well as North America and Japan. Dirk Schoufs left Vaya Con Dios to join Isabelle, bringing with him Vaya drummer Marco De Meersman and Fritz Sundermann, jazz guitarist and son of Freddy Sunder.
This quartet formed the new creative core for the next album, Les Derniers Guerriers Romantique, a conceptual work released in April 1991. However tragedy struck on 24 May when Dirk Schoufs died, leaving Isabelle devastated. Following a year of reflection, she returned to the studio in 1992 to record one of the best albums of her career, Carpe Diem, released in Japan and France in November. Recorded by Gilles Martin with colleagues including De Meersman and Sundermann in the comfort of Studio Caraibes in Brussels, Isabelle produced the album herself.
Since Carpe Diem, Isabelle has released a further ten albums, spanning jazz, funk, Latin and house styles, as well as writing for and producing for other artists. These have included Fragile on the Rocks, The Powaga Sisters and the jazz project Pause Cafe. Although as a solo artist Isabelle Antena has often found greater commercial success in Japan and the Far East than in Europe, she remains critically acclaimed in Europe and the United States.
In 1996 the track "Antena" opened the first ESL compilation by Thievery Corporation, and since then Isabelle has worked with many current DJs and producers including Buscemi, Nicola Conte, Ursula 1000 and Yukihiro Fukutomi. Along with Thievery Corporation, all contributed to her popular 2005 bossa mix double album, Easy Does It / Issy Does It (Remixes), and Thievery guested again on the 2006 Antena project Toujours du Soleil. Completing the Antena trilogy, Bossa Super Nova was issued in April 2010. Isabelle remains an artist of genuine integrity, proudly independent, and faithful to the philosophy she espoused to the New Musical Express in 1984: «The fact that we have had to struggle quite a lot to get to even where we are now is not important. I think there is always a value in people whose music is not mainstream. What is hard to listen to today might be easier to listen to tomorrow. The good thing about music is that anything is possible». 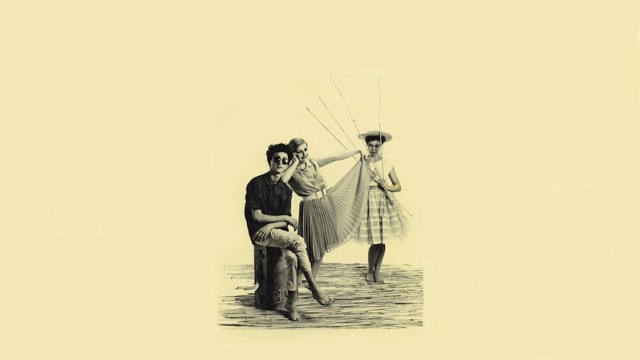