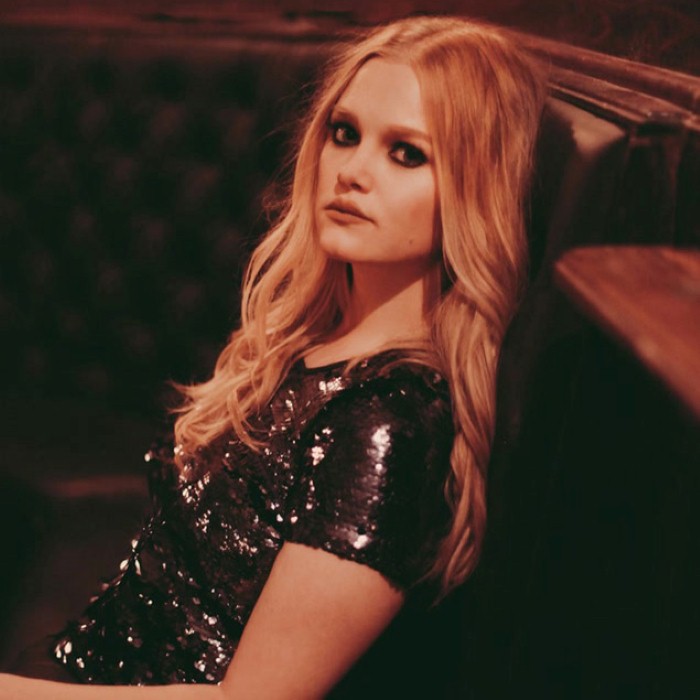 Hailey Whitters has an endearing habit of suggesting she’s perennially late to the party. “I’ve always just felt like a late bloomer,” she says, with a sigh that turns into a laugh.

With the release of her debut album Black Sheep (October 2, 2015 via Carnival Music), Whitters proves she was well worth the wait. Produced by ace session guitarist Derek Wells, Black Sheep is a soulful collection that turns sad stories into bold celebrations of people society often shames, layered over honky tonk and rootsy rock.

“It’s been really therapeutic for me to put it out,” Whitters says of the album. “Just being able to know what I want to say and get that out to people has been cool on my end.”

Whitters grew up in Shueyville, Iowa, population just shy of 600. “It’s such a little town. It’s getting bigger, but we don’t even have a post office,” she says. “We have two bars, a wine cellar, and a church.”

The oldest of six children born to a large Catholic family, Whitters grew up a determined but unexpected artist, drawn to songs and singers but unsure why. “I didn’t grow up in a super musical family,” she says. “I just had a weird inkling to do music.” The Dixie Chicks, Trisha Yearwood, Patty Loveless, and other women who drove 90s country radio were her gateway heroines, which led to a deep dive into classic country, and ultimately, Americana storytellers such as Patty Griffin, John Prine, and Gillian Welch.

“I took my first trip to Nashville when I was 16 and fell in love,” Whitters says. “I immediately knew I wanted to move here.” A year later, she did. She also enrolled in college, and paid her proverbial dues as a nanny, waitress, and salon receptionist before signing with left-of-center lighthouse Carnival Music in 2012.

“When I was younger, I just mimicked people that I admired,” Whitters says. “I learned how to tell a story.” With an arresting voice effortlessly rooted in honky tonk’s long tradition of angelic sopranos who are equally comfortable mourning and raising hell, she has spent the last several years discovering that she has something of her own to say––along with a unique way to say it.

Whitters often writes and sings songs that detail the search for acceptance––of self or of others––sometimes dreamily, other times with rollicking irreverence. Features in No Depression and The Bluegrass Situation, a Daytrotter Session, several nods on 2016 artists-to-watch lists, and other praise have introduced her to a larger audience, who has responded with open arms. “I love to hear from people about how one of my songs has touched them. It just makes me feel like I’m doing something bigger than myself,” she says.

Black Sheep’s title track, written with the Wrights’ Adam Wright, moodily canvasses the rewards and frustrations of sticking out, and ultimately offers a defiant resolution keep going her own way. “I feel that way a lot, especially in this town,” she says. “To do what nobody’s doing…it’s kind of cool, fuel for the fire. It’s invigorating to be different.”

The guitar-soaked stroll “Late Bloomer” is an autobiographical ode to lollygagging in a variety of situations. “I was the oldest of six, so I was very naïve, I felt like,” she says. “But I finally came to accept that it’s actually okay to figure out who you are and what you want later in life.”

Whitters penned live-show standout “One More Hell” alone after her little brother was killed in a car accident. “He was 19. It was awful,” she says. “I went home to be with my family, and we went out West that summer. We had no plan, just got in the car and drove. It was really good being all together––we all just kind of disappeared for a month.” She sat down to write when she got back to Nashville, and “One More Hell” came quickly. “The first time I ever played it live, this stranger in the front row was bawling,” she says. “It’s a sad song, but it’s kind of a happy song, I always say––people just feel it.”

Whitters takes the only two songs on the album she didn’t write––“City Girl” and “Pocket Change”––and owns them confidently. Her blithe version of “City Girl,” written by the Wrights, was featured in the 2015 season of Nashville, while her interpretation of Mando Saenz’s indignant “Pocket Change” gives the song a droll feminine spin.

Written by Whitters alone, stunner “Low All Afternoon” takes pity on a jilted other woman. Forlorn but commiserative, the song tells a true story Whitters witnessed a friend endure. “I like to write without a hook in mind sometimes––to just let the song move toward what it’s trying to say,” she says. “That’s how I approached this one. For about three months, I’d work on it, leave it, and then come back to it. That was a luxury.”

Martina McBride heard “Low All Afternoon” and recorded the song for her upcoming album, gifting Whitters with the first cut of her career. When asked about song’s journey, Whitters is grateful and amazed. “They say this doesn’t happen much anymore––a song written alone, a waltz, a ballad––being cut,” she says. “I feel like I created something real and honest, and it’s been so rewarding.”

Lately, Whitters has taken to gigging all over the country. She joined the lineup at the 30A Songwriters Festival for the first time and makes her SXSW debut this spring. She’s opened shows for acts ranging from Randy Houser to Chris Knight, and is sincerely grateful for every opportunity. “I will play just about anywhere,” she says with a laugh. “There’s something about getting out on the road and traveling that I just love.”

Winning over a crowd delivers an inimitable high for Whitters, who relishes connecting live. “I love performing ‘One More Hell,’” she says. “You think no one’s listening, and then the middle of that song, you see them raise their beer glasses in the air and know that they’re listening and that you’re all on the same page.”

“I’m a risk taker,” Whitters says. “My friends always laugh because I’m kind of one extreme or the other. I’m not really a middle ground kind of person. You take these risks, and then the reward is just…” She trails off for a moment. “I feel like the part that feels so awesome about it afterwards is knowing that you were scared to do it, but then you did -- and it paid off.” 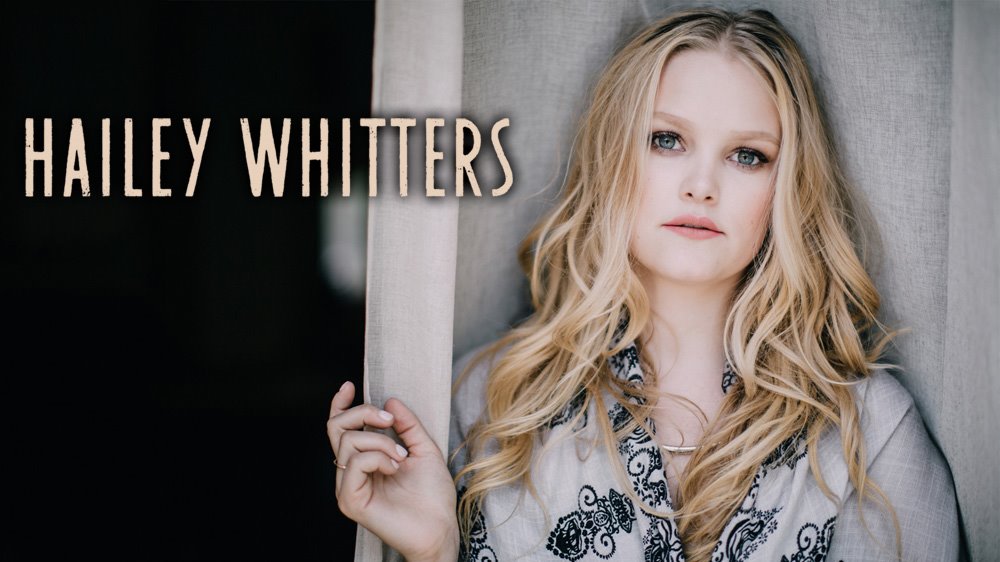 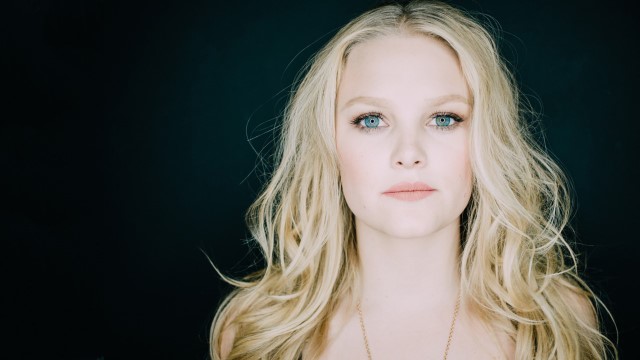 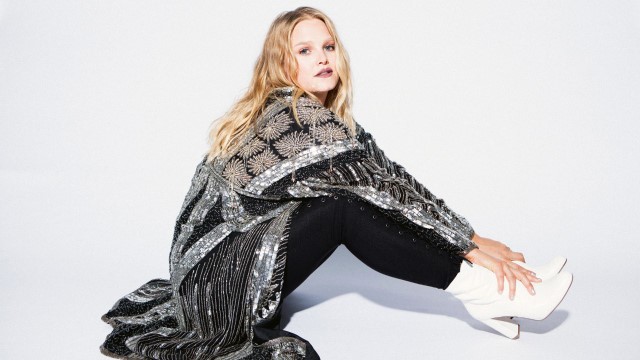 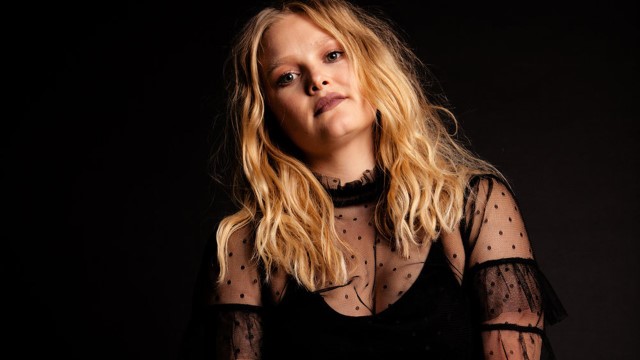