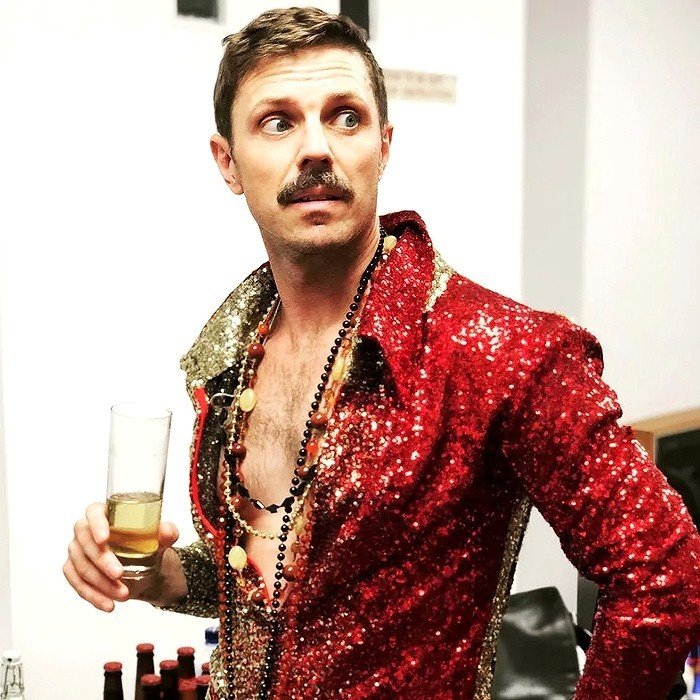 Jason F. Sellards (born October 3, 1978), better known as Jake Shears, is an American singer and songwriter. He is best known as the lead male singer for the pop band Scissor Sisters.
Shears was born in Mesa, Arizona, the son of an entrepreneur father and a Baptist mother. He grew up on San Juan Island, Washington, where he attended school at Friday Harbor High School and was bullied. At the age of 18, he moved into a dorm at the Northwest School in Seattle, Washington, to finish high school. Shears later attended Occidental College in Los Angeles, California. At the age of 19, he traveled to Lexington, Kentucky, to visit a classmate, who introduced him to Scott Hoffman. Shears and Hoffman hit it off immediately and moved to New York a year later.
Shears attended New York's Eugene Lang College of Liberal Arts, where he studied fiction writing and was a classmate of Travis Jeppesen. He also wrote pieces for the gay magazine HX. In 2000, he worked as a music reviewer for Paper magazine.
Shears and Hoffman formed Scissor Sisters in 2001 as a performance art stunt, playing outrageous shows in clubs like Luxx, the heart of the electroclash scene in Williamsburg, Brooklyn, where Shears lived. After a couple years struggling in New York (working with the record label A Touch of Class, who produced "Comfortably Numb" and "Filthy/Gorgeous"), Scissor Sisters finally found success in the United Kingdom and Ireland, ending 2004 with the biggest-selling album of the year in the UK. In concert, Shears is known for provocative dancing, flamboyant outfits, and near nudity. (During his early years while he was struggling to make it in New York, he would often earn extra money as a Go-go dancer and male erotic dancer at male strip clubs.)
Shears' musical influences include The Bee Gees, Leo Sayer, ABBA, Blondie, David Bowie, Duran Duran, Roxy Music, The New York Dolls, Queen, Cher, Cyndi Lauper, Madonna, Paul McCartney, Pet Shop Boys, The Beatles, and Dolly Parton. The Scissor Sisters video for Filthy/Gorgeous was directed by John Cameron Mitchell after Shears met him at a gathering of the Radical Faeries. Shears attended Sir Elton John's "stag" party before John's civil partnership ceremony with David Furnish in 2005. John and Shears discussed each other in The Observer in 2006.
Shears performed with Erasure's Andy Bell on "Thought It Was You", on Bell's 2005 album Electric Blue. He has also collaborated with Tiga on "Hot in Herre", "You Gonna Want Me", and "What You Need" from Tiga's album Ciao!. He also worked on Finnish house musician Luomo's "If I Can't". Together with Babydaddy, he co-wrote with Kylie Minogue on her hit single "I Believe in You" for her greatest hits compilation Ultimate Kylie. Shears and Minogue also co-wrote "Too Much" with Calvin Harris for Minogue's number one album Aphrodite. In 2011, Shears collaborated with John Garden to write the music for a musical version of the book Tales of the City. The show is directed by Jason Moore. Shears was featured on the track "Metemya" of Amadou and Mariam's 2012 album Folila. Shears also wrote the foreword to the award-winning '80s 7-inch vinyl cover art book Put the Needle on the Record. In 2013, Shears also appeared on the Queens of the Stone Age album ...Like Clockwork, providing backing vocals on the song "Keep Your Eyes Peeled". He duetted with Cher on the track "Take it Like a Man" for her 2013 album Closer to the Truth.
In October 2017, Shears released his first song as a solo artist, "Creep City", which he described as a "pretty theatrical jam, with quite a few twists and turns." In February 2018, Shears published his autobiography, Boys Keep Swinging.
His debut solo album, Jake Shears, was released on August 10, 2018. 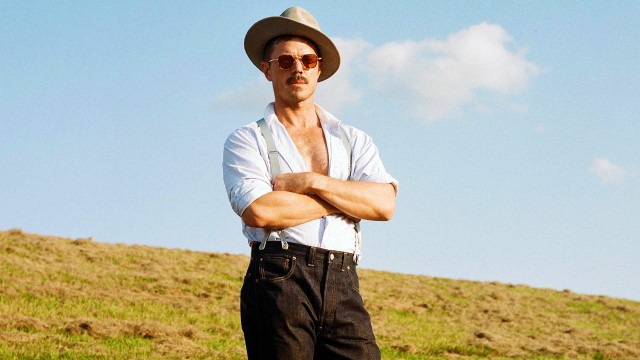