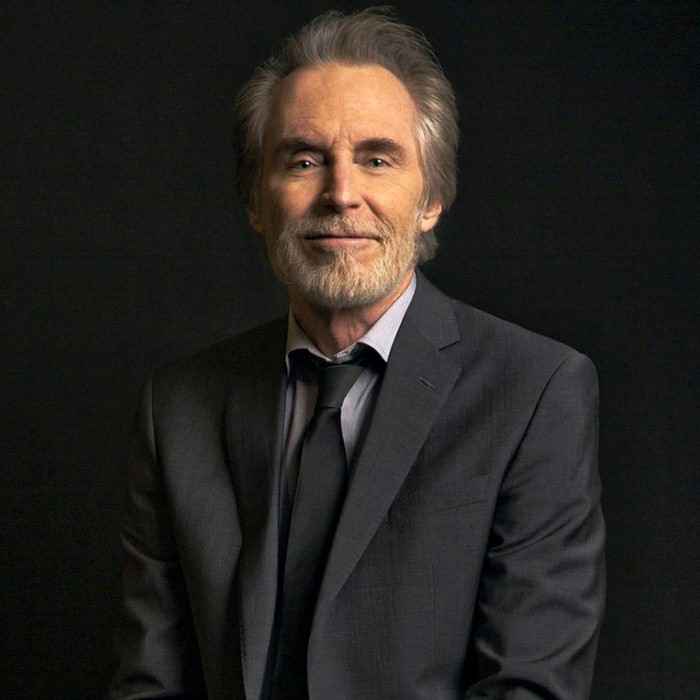 John David Souther (born November 2, 1945) is an American singer and songwriter. He has written and co-written songs recorded by Linda Ronstadt and the Eagles.
Souther was born in Detroit, Michigan, and raised in Amarillo, Texas. As a musician and songwriter, he was greatly influenced in his formative years by fellow Texan and rock and roll icon Roy Orbison. His first recordings were with local group "The Cinders" who traveled to nearby Norman Petty Studios in Clovis, NM. Their first 45 was released on the tiny RIC label in 1965, then Norman Petty successfully shopped their recordings to Warner Brothers for a 2nd single release as "John David and The Cinders" in 1966. After moving to Los Angeles County, California, in the late 1960s, Souther met musician and songwriter Glenn Frey. The two musicians became roommates and musical collaborators. Souther and Frey formed a folk duo called Longbranch Pennywhistle. Their lone album was released in 1970 on Jimmy Bowen's Amos Records.