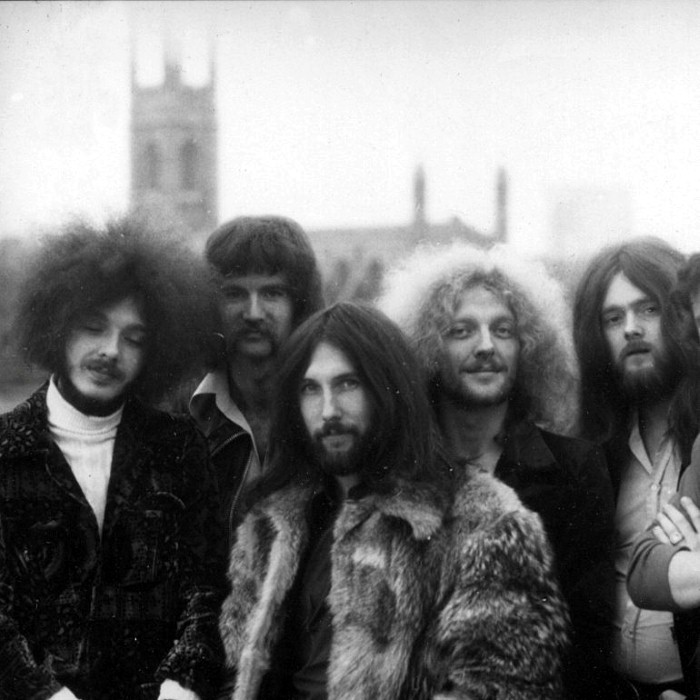 Jade Warrior are a British group that were formed in 1970, originally evolving out of a band named July. The founder members were Tony Duhig (guitar) (born Anthony Christopher Duhig, 18 September 1941, Acton, west London; died 11 November 1990, Somerset, England), Jon Field (flute, percussion, keyboards) (born John Frederick Field, 5 July 1940, Harrow, Middlesex) and Glyn Havard (vocals, bass) (born 15 February 1947, Nantyglo, South Wales).
In 1970, Jade Warrior signed a deal with Vertigo (their old band-mate Patrick Lyons, now Patrick Campbell-Lyons, had become a producer and a scout for this label), according to Havard, 'in a package' with Assagai, an Afro-rock band, with whom they shared the same management. Havard said, "They didn't want us, but they wanted Assagai because Afro-Rock, courtesy of Osibisa, was perceived to be the next best thing. Our production company, Mother Mistro, basically told them that if they wanted Assagai, then they'd have to take Jade Warrior as well". This (according to an official biography), "left Jade Warrior a contract with a record company, which had little actual interest in the band, and very little willingness to support or promote them." Their debut album, Jade Warrior, released in 1971, established their trademark sound of soft/loud contrasts, with Field's multi-layered flutes and percussion vying with Duhig's cutting guitar, and which incidentally outsold Assagai's offering (which featured a Jade Warrior track called "Telephone Girl").

This was followed in the same year by Released with appearances from Allan Price on drums, and guest saxophonist Dave Conners. Here Jade Warrior sharpened their rock edge ("Three Horned Dragon King", "Minnamato's Dream", the fifteen-minute rock jam "Barazinbar"), their quieter side represented by pieces like "Yellow Eyes" and "Bride of Summer". According to critic Peter Thelen, "where the first album featured an array of sonic possibilities, this is an album that highlighted the contrasts within that sound". "If Jade Warrior's second album has any overwhelming flaw, it is that its predecessor traveled so far off the conventional beaten tracks of early-'70s prog that anything less than absolute reinvention could only be regarded as a rerun of past glories", AllMusic argued years later. "…There is little here that Jade Warrior itself did not predict, but the unerring delivery of those predictions is a marvel in itself", critic Dave Thompson concluded.

In 1972, Last Autumn's Dream followed, both Price and David Duhig taking part in the procedures. The album, taking a step back to revisit "the wall-of-all-colors approach of their debut with a more surefooted and substantive instrumental approach," featured mysterious-sounding, introspective instrumental tunes ("Dark River", "Obedience", "Borne on the Solar Wind") juxtaposed with melodic pieces like "A Winter's Tale" and "May Queen" and harsh rockers ("Snake", "The Demon Trucker", "Joanne"). "One might sense in the overview that the band lost their way on the second album, and tried to put themselves back on track with the third", Peter Thelen argued. Nevertheless, as Dave Thompson put it, "For anybody just discovering Jade Warrior, Last Autumn's Dream is certainly the last of its truly essential albums". Taken as a whole, the first three albums saw the band creating and perfecting an innovative style, which (according to Dave Platt and Charles Wilkinson's biography) "had its base in rock music… with a Jethro Tull flavour, and significant admixtures of what we'd probably call 'world music' influence today". The band toured the US at the time (as the opening band for Dave Mason, Long John Baldry, and Earth Quake, and on one memorable occasion shared a two band bill with an unsigned REO Speedwagon. Around this time the band were filmed at the Marquee Club in London as part of a visual showcase for several acts represented by Gaff Masters management, including Rod Stewart and Long John Baldry. With enough material for another two albums, the band recorded all the tracks for Eclipse and Fifth Element during 1973. Vertigo, sensing an imminent change in an ever-fickle market decided against a release and cancelled the band's contract. This decision was partly influenced by the band having already parted company with their management. Despite this, Vertigo did release some of the tracks on various samplers. It was about this time, after an abortive tour of the Netherlands, that the band split up, and Glyn, Dave Duhig and Allan Price toyed with the idea of putting their own band together while Tony and Jon retreated to write.

Island years. 1974–1978
In 1974, Steve Winwood (of Traffic) urged Chris Blackwell of Island Records to listen to Jade Warrior. He did so, and decided to sign Duhig and Field (who also provided flute on Mike Oldfield's Tubular Bells) as an instrumental act, which given the current success of Mike Oldfield's, "Tubular Bells" was seen by many people as a shrewd move. Duhig and Field were to create four albums on Island Records, with their sound expanded to include choirs, harp, and a string quartet. Guest musicians on these albums included Steve Winwood (keyboards), Fred Frith of Henry Cow (violin) and Dave Duhig.

First came Floating World (1974), a complex concept set themed around the Japanese philosophy of Ukiyo, with the songs revolving around two interrelated and interlaced series of compositions. According to AllMusic, " sheer diversity of sounds and moods, the constant clash or gentle intermingling of Eastern and Western styles, and the set's glittering atmospheres made Floating World an undeniable masterpiece". The band's foray into what would later be labelled world and ambient music came parallel to that of Brian Eno, who described Floating World as an "important album".

It was followed by Waves (1975), another concept album dedicated to "...the last whale" and featuring Steve Winwood as a guest on piano and moog. The album consisted of a single composition, divided into two parts (each taking up an LP side); this, according to AllMusic, proved "a nightmare for radio programmers who might have provided Waves with the airplay it desperately needed to push Jade Warrior beyond cult status". 1976's Kites recorded with guest musicians, Fred Frith among them, presented the band at their most musically abstract and progressive, each side being essentially a long concept piece, inspired by Paul Klee's painting "The Kingdom of the Air" and 9th century China's wandering Zen master Teh Ch'eng. The last of the four Island albums, Way of the Sun, represented a spatial, cinematic sound journey to Latin America, described by AllMusic as an "incredibly vibrant set that quivers with emotion and life itself". 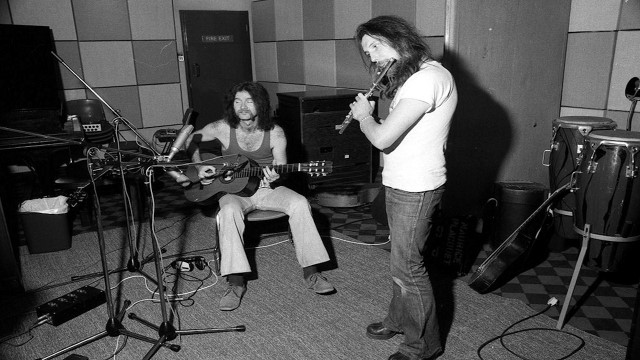